We’ve been working day and night, falling asleep at computer screens, and hitting the trail as much as we can to get TrailGroove up and running. Everything that we thought would take a week when we first began scratching out our idea on paper took a month and everything that we expected to take a month took…Well, you get the idea. 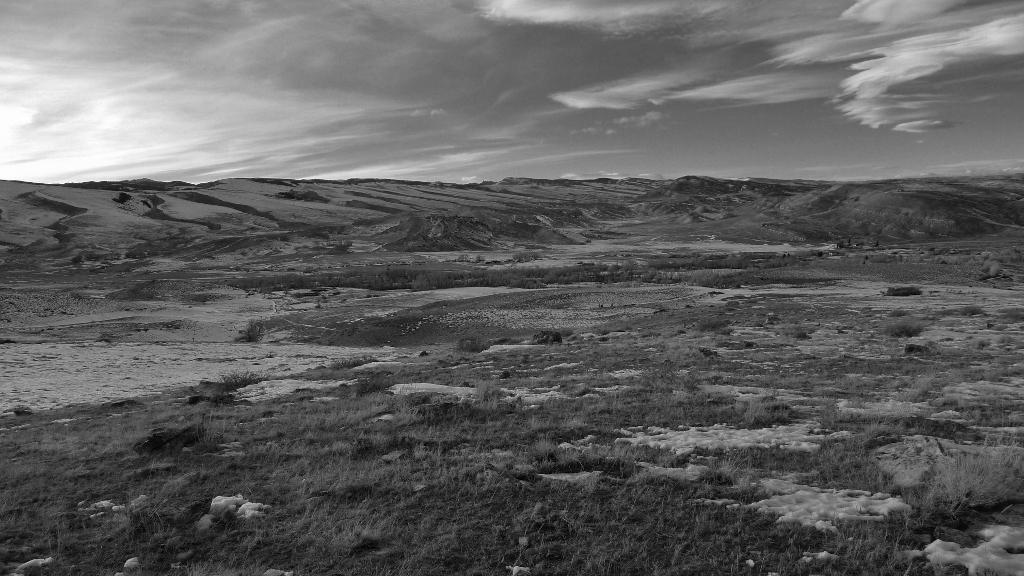 Starting something like this is always a risky endeavor - It can be a challenge to prevent turning your favorite pastime into something you just have to do - Just another job. On the other hand, what could be better? The jury is still out on this philosophic argument and there may never be a conclusive answer, but I can say that it’s definitely been a fun, interesting, and rewarding experience so far.

Eventually though, lack of sleep catches up and you find yourself hitting the snooze button a few more times in the morning – And sleeping as late as you can on weekends even though you planned to get up early. Jen and I both found ourselves in this pattern last month, but we decided to take advantage of some favorable weather and a low assumed (Key word assumed) higher elevation Wyoming snowpack a couple Sundays ago. Table Mountain lies just outside of Lander and is hard to miss unless you’re barely awake, fueled only by Red Bull at the end of a straight 22 hour drive towards a southern Wind River Range trailhead. Such was the case the first time I visited the area, but now that I live here, I’ve had my eye on the mountain for quite some time. (Note that I am no longer enamored with 22 hour drives without sleep) As you move west from the mile-high plains that lay east of the Winds Table Mountain is one of the first features rising above the flat expanse, leading you towards the high peaks. The mountain is named for its broad, flat, mesa-like top. Such a cool formation had me wondering of course what one might find at the summit and just how great the view might be.

The closest wilderness area is still 10 miles away as the crow flies, and the mountain isn't even within the National Forest for that matter. It’s only a touch over 7000 feet high. Much of the mountain lies on private land, the rest a maze of BLM and state land. After consulting quite a few maps of the area, I devised an off trail route to the summit that would keep us on a mixture of public lands – As long as we stayed exactly on track. 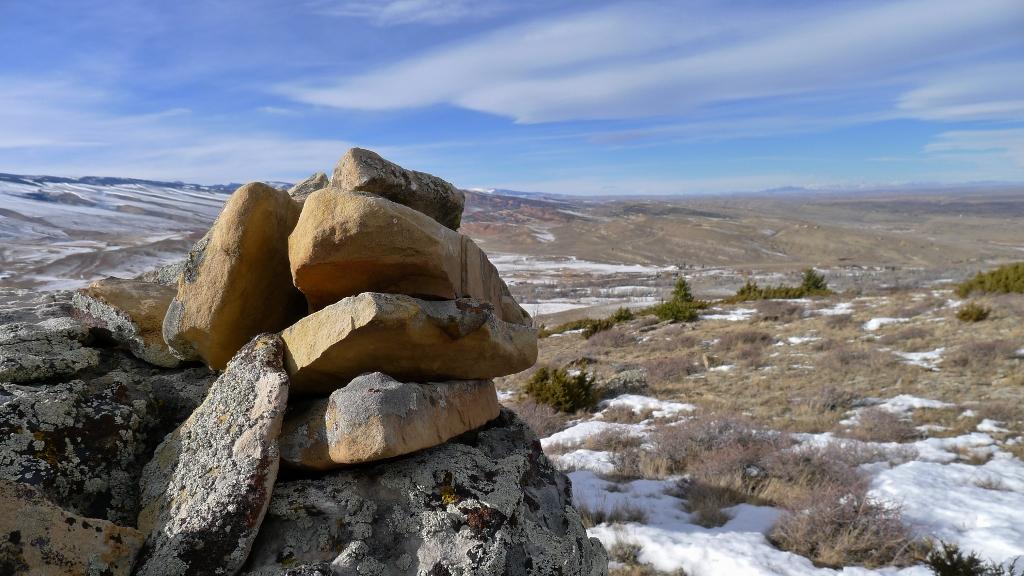 Of course, we slept way too late and weren't even out the door until 1pm. (Note to self, keep departure times in the AM time range for future summit attempts) We made good time once on the mountain however, following a rocky northerly spine upwards until we ran into deeper snow that slowed our progress considerably. From a thousand feet below, the snow had not appeared quite so deep with the tops of the sagebrush visible all the way to the summit, but I guess we didn’t think about just how tall the sagebrush was. 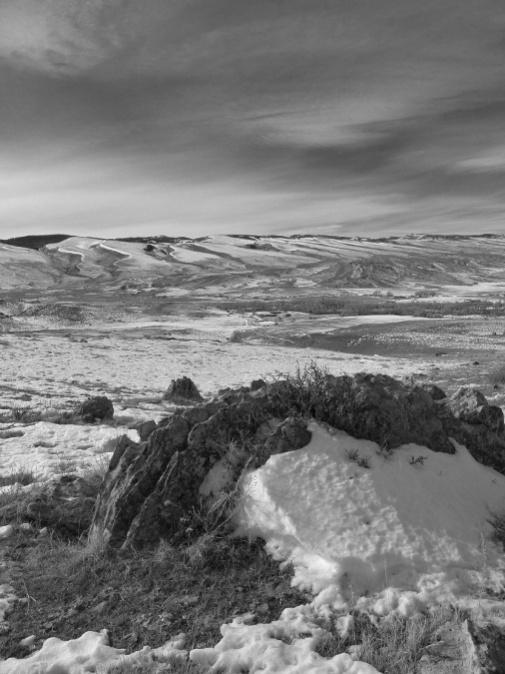 Even though the afternoon sun still looked high as the day progressed towards the late afternoon, it would soon dip below the clouds and slide behind the distant peaks of the southern Winds - Daylight is short during winter in the mountains. We chose to turn back just shy of the summit so that we could navigate the off trail route back through the rocks and snow without need for headlamp assistance. 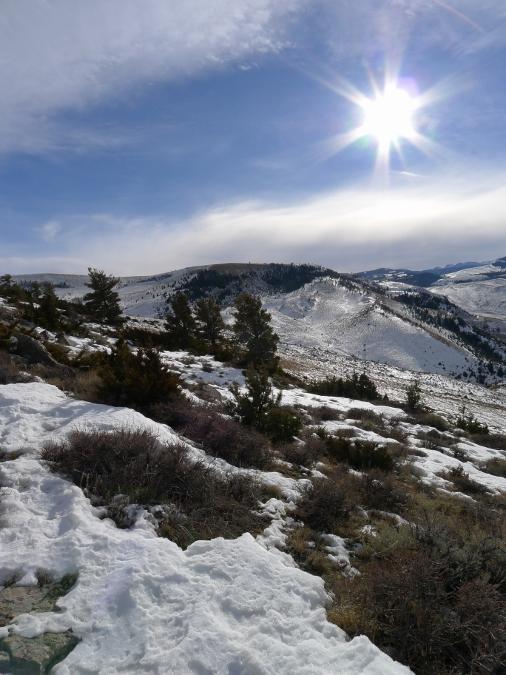 At first I was a tad disappointed that we didn’t quite make it, until I realized that if we turned around any later we might not make it back before the pizza place in town closed for the night. Motivation in hand, we made excellent time down the mountain and found ourselves back at home, well fed and well rested, though pleasantly physically exhausted from the difficult off trail travel. The mountain is still there and the summit still tempts me, but doesn’t seem to taunt me like some other “Unsuccessful” past trips I’ve been on. Maybe I’m getting older… Table Mountain 2.0 soon… 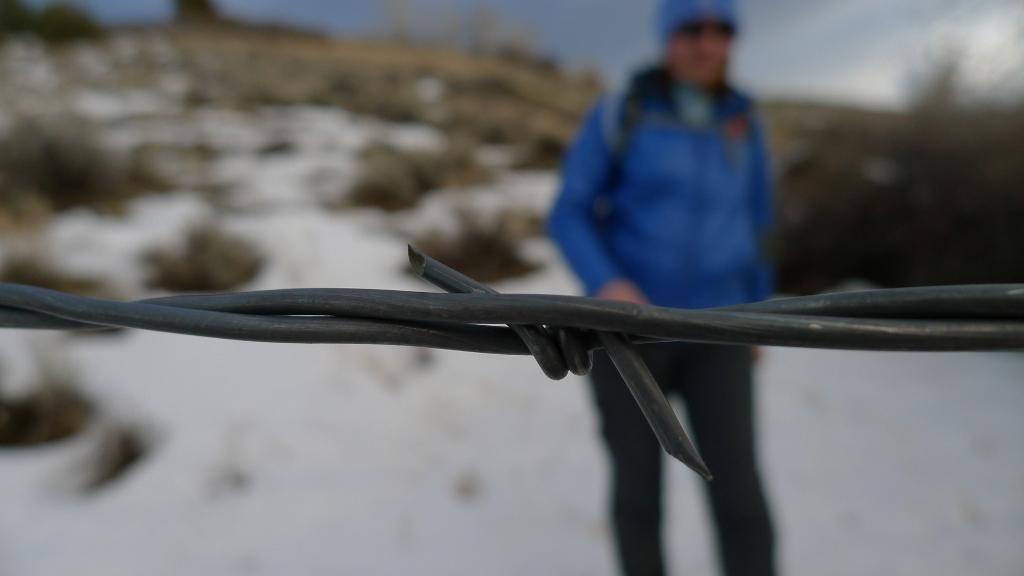