The Red Desert of Wyoming holds a unique appeal no matter your approach – it’s a country just as suitable for backpacking as it is for exploring and camping beside your vehicle off a rough and long forgotten dirt road. Either way, you’re likely to be in the middle of the nowhere. 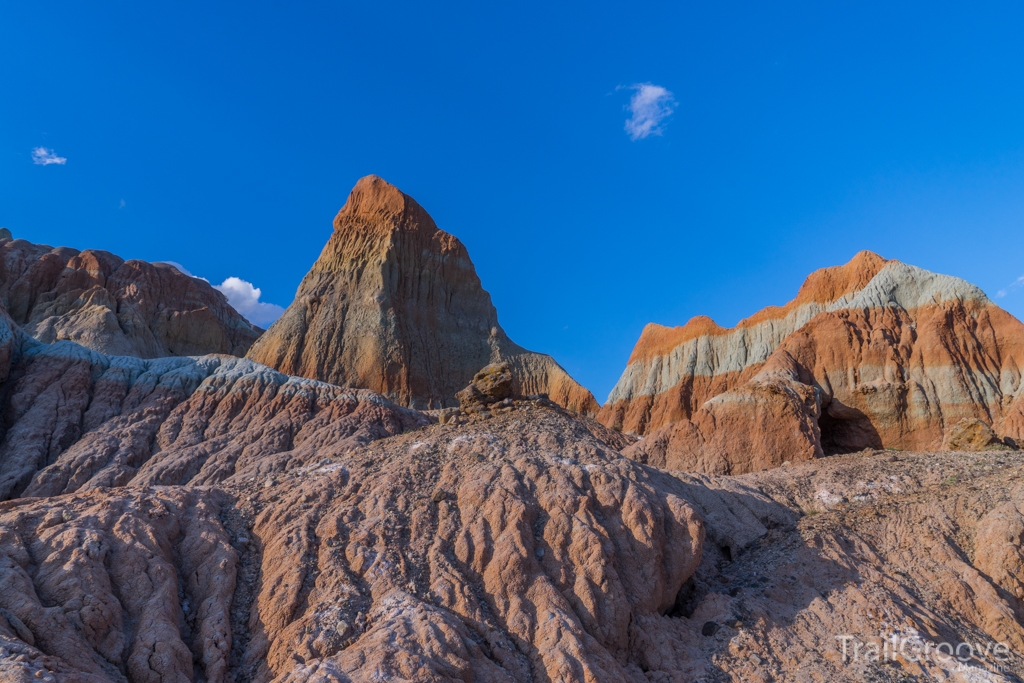 Adding to its allure, to begin the year the desert can only be comfortably explored for a short time each spring after the roads have sufficiently dried from melting snow to make passage by vehicle (just to get there) possible, and before this treeless and shadeless expanse becomes too hot for comfortable hiking. And especially for family hiking as would be the case on this trip. And even hot weather aside, admittedly as summer arrives in full swing the high country opens up to distract a hiker up and into the mountains to enjoy those alpine meadows and valleys with pleasant summer mountain weather. 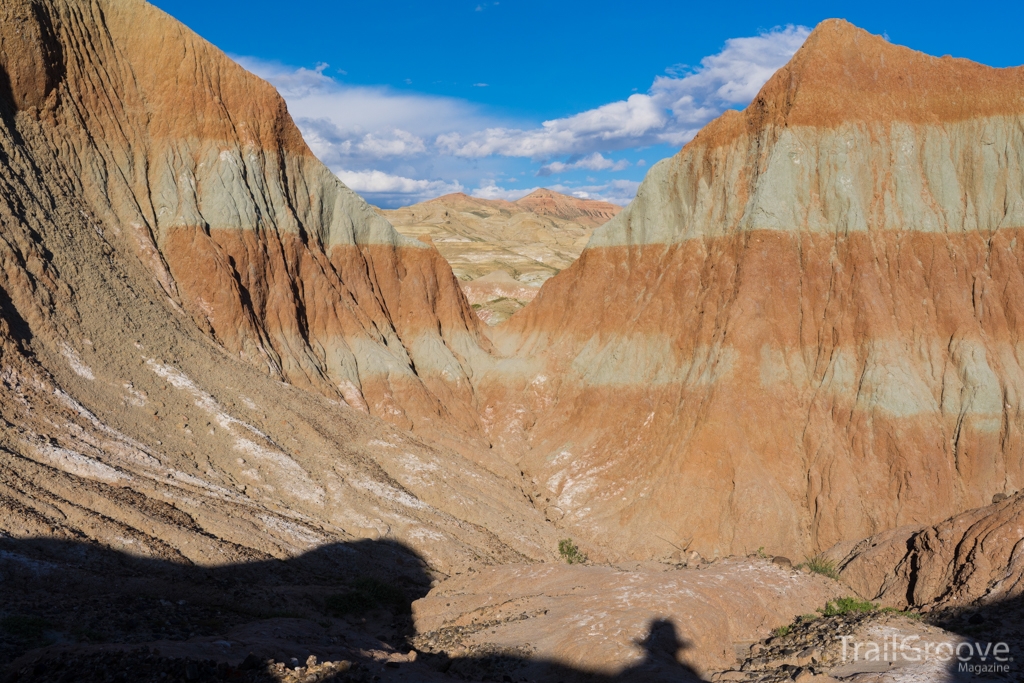 Recently a quick backpacking trip was made into a particularly scenic corner of the Red Desert to explore one of the numerous Wilderness Study Areas that can be found in central Wyoming. One of my favorite things about backpacking is the pure adaptability of one’s existence, with your home on your back and as long as you have water and food, you don’t really need to be anywhere other than where you currently stand. Thus, as we left the highway and the dirt road progressively became rougher, and began to become only muddier as we turned onto a more obscure high clearance road passable only with the assistance of 4 wheel drive and patient driving, it gradually became apparent that plans would need to be changed. Not wanting to only get stuck farther in on the slick road, maps were consulted and an alternate entry into the Wilderness Study Area located. In this park anywhere, trail-less, camp wherever you can pitch your tent country, we pulled off the side of the road and shouldering packs laden with water picked our way through the sagebrush and hiked south. 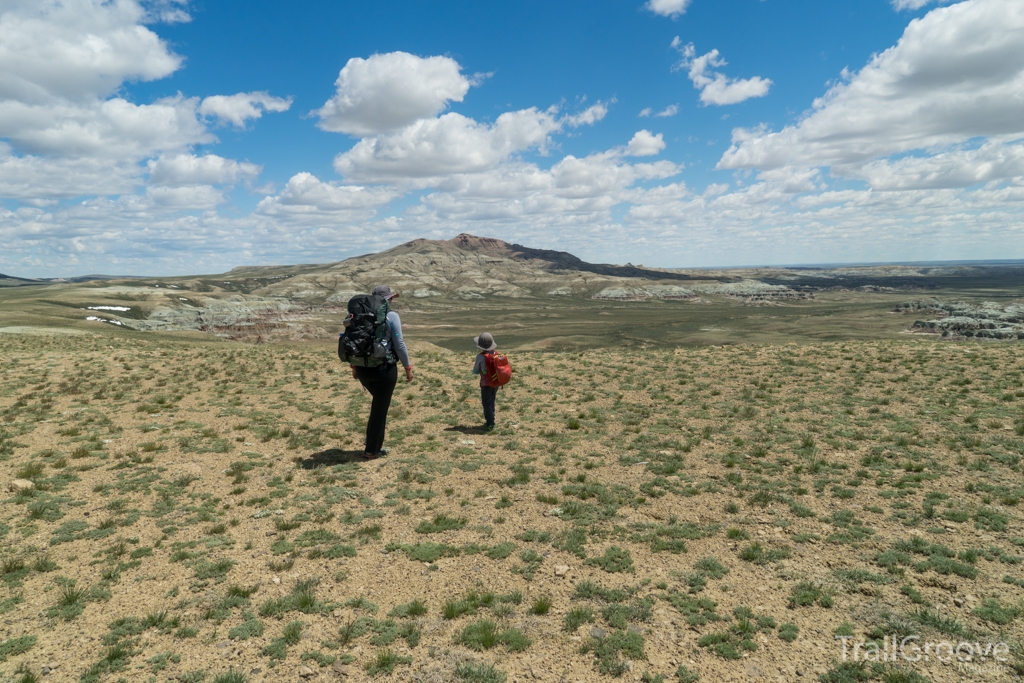 Although it wasn’t even officially summer at the time, the early afternoon sun was unrelenting and as a family trip, we’d need to make the most of our miles. Descending to the bottom of a rim we followed the contours and canyons that made up its base, with a multitude of unique formations serving as ample entertainment for all of us. Eventually, a suitable alcove was located to serve as a campsite, and the rest of the day was spent photographing, exploring from camp, and observing the numerous wildflowers and local residents of the area…from prairie dogs to prairie falcons. 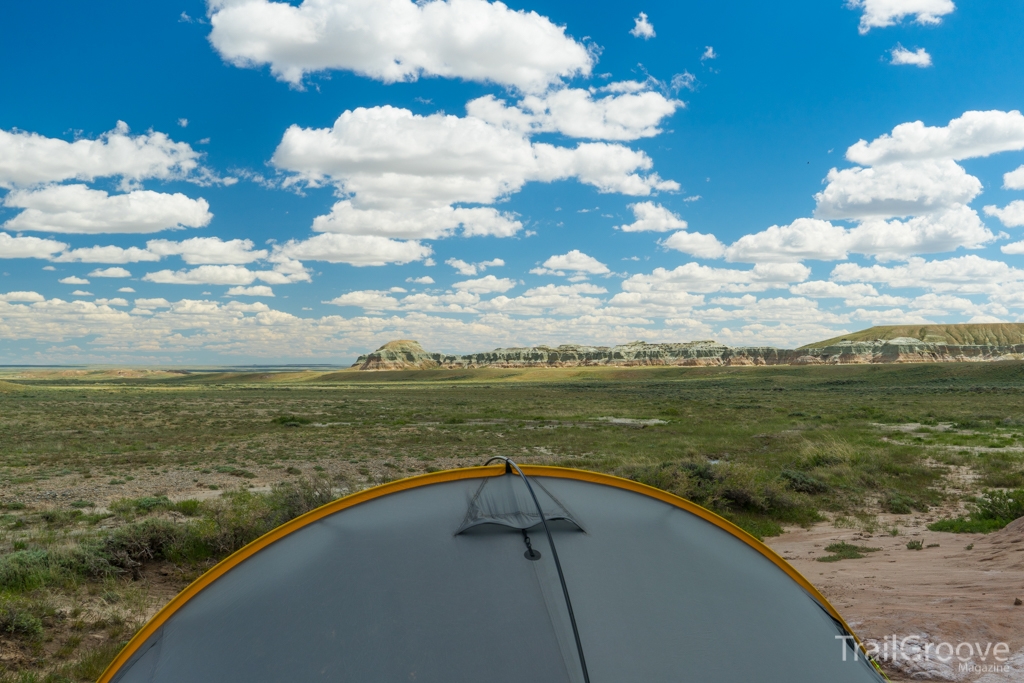 At sunset thunderstorms threatened and made for an amazing display, while gusty winds covered everything we had in fine sand. That night coyotes howled not much farther than a stone’s throw from our tent. The rain held off – meaning we’d actually be able to drive out the next day. 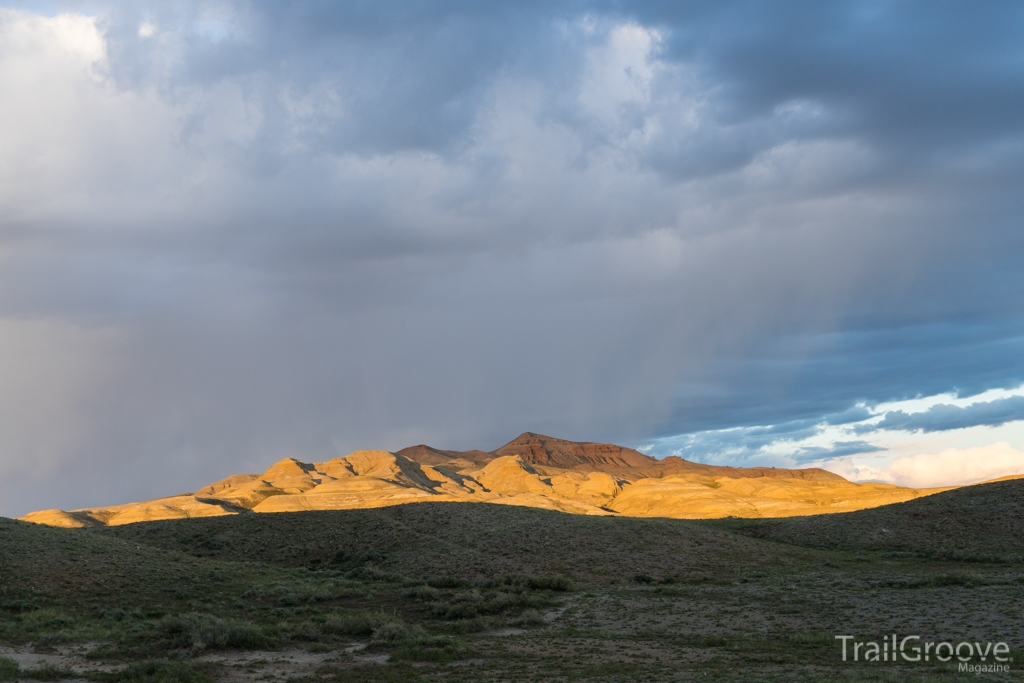 With storms again threatening the next day however, a lazy hike out – stopping to take photos nearly every few feet – became the plan as temperatures climbed and clouds grew taller in the distance. Ascending the rim we passed a herd of cows, then elk, then a lone antelope and eventually reached our lone vehicle. It hadn’t yet rained though, and the road seemed just a bit drier than yesterday, so we drove on to explore the area around what had been originally planned to serve as a starting point only to find that the road had been closed by the BLM and we were lucky we’d stopped where we had the previous day. 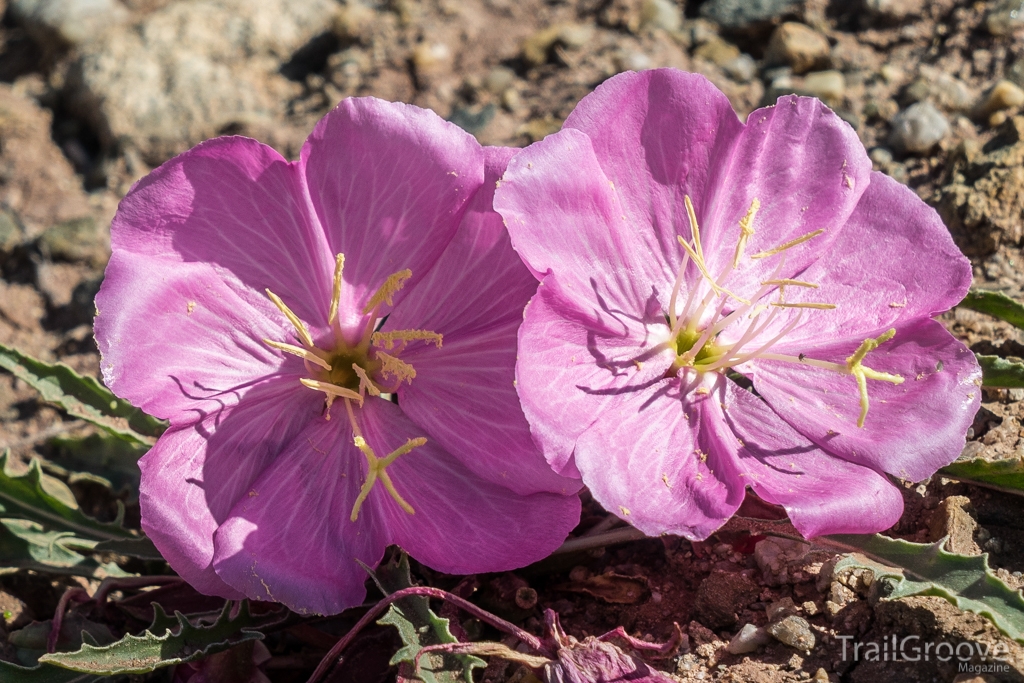 But the further exploration was beneficial as much for the additionally scenery as for the knowledge gained when further exploration of the area is due. Turning around and after an hour of bumpy driving, we reached pavement just as the first drops of rain coated the windshield and with the satisfaction of this quick trip into the desert…along with plenty of ideas for the next. 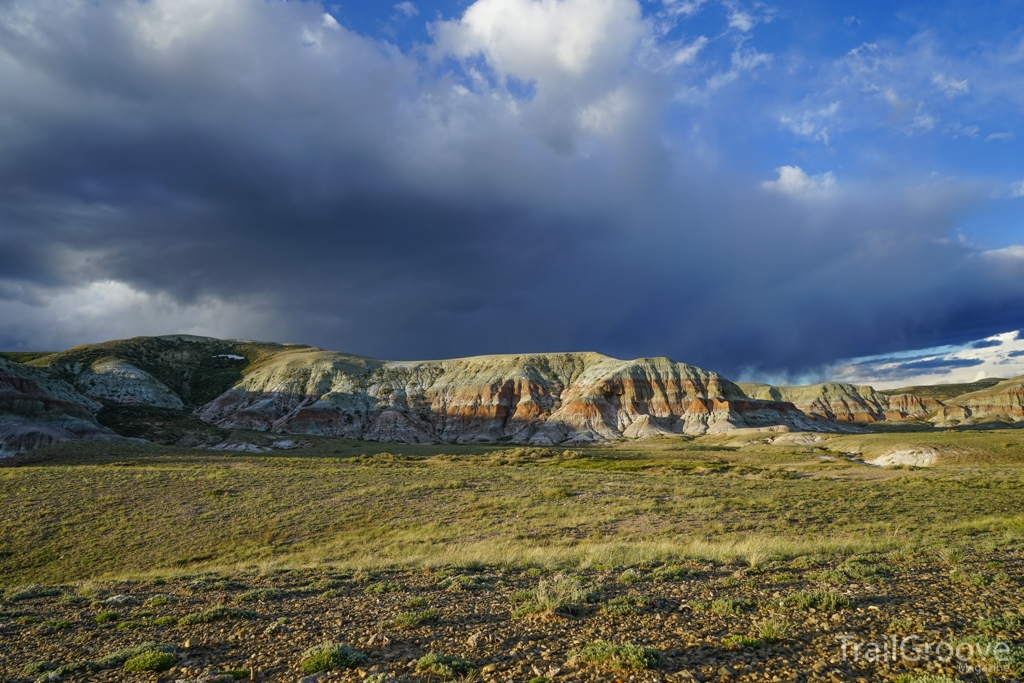 Information: Exploring this area can be a bit difficult as the BLM web pages covering the Wilderness Study Areas in this region have recently gone offline, but information can be found with a little sleuthing and by using web archive services. Take plenty of water, gas, and provisions and check your spare. Watch the weather and forecast before the trip and the weather during, roads are often impassable when wet even with 4 wheel drive.

Getting There: The Red Desert is located in south-central Wyoming. Numerous, somewhat maintained dirt country roads act as convenient ways to access more remote areas of interest from main highways. High clearance and 4 wheel drive are not required to get there, but are nice features to have, can help access more remote areas, and might help get you out!

Maps: Printing USGS topo maps at home for hiking and combining with a detailed atlas like the Delorme Atlas and / or the Benchmark Map offerings to get you around while driving is a good strategy.