For years and usually while driving to go hike or visit some other place, a small mountain range in southern Wyoming had always caught my eye from a remote stretch of highway in south-central Wyoming – a range that sharply rises up above the dry sagebrush plains in a place nearly without a name. The consistently jaw-dropping views of these obscure peaks from north of the range and a unique row of limestone fins on the south side of the range led to further research, and I eventually learned that these were the Ferris Mountains, and not only that – it was a designated wilderness study area. As time went on, the more the Ferris Mountains Wilderness Study Area became a priority on my list of places to hike. Maps were consulted and even a route planned – but with a shuttle needed this hike was put on hold. 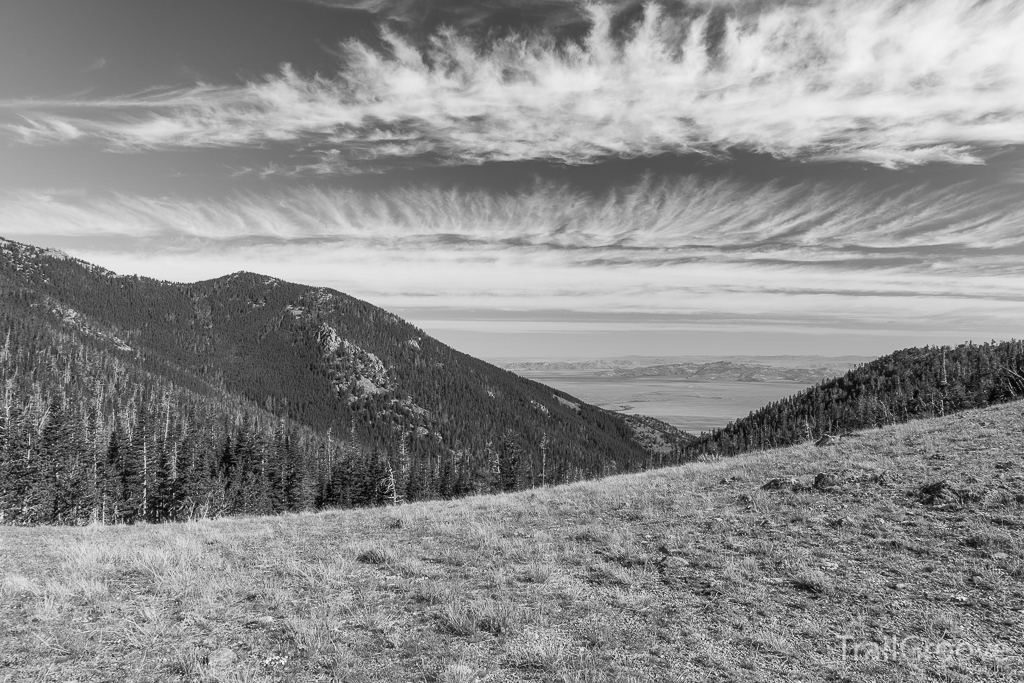 Early in the summer of 2016 however, I found myself on the crest of the Ferris Mountains looking down upon the plains from which I’d previously looked up. As the result of an invite from TrailGroove contributor Paul Magnanti, who had also as I learned separately found the Ferris Mountains intriguing, Paul, TrailGroove contributor Mike Henrick, Mark, and myself now found ourselves consulting maps on a warm and windy Wyoming day. A shuttle had been completed, and with a vehicle waiting some 20 miles away or so we climbed from the plains and into the Ferris Mountains. 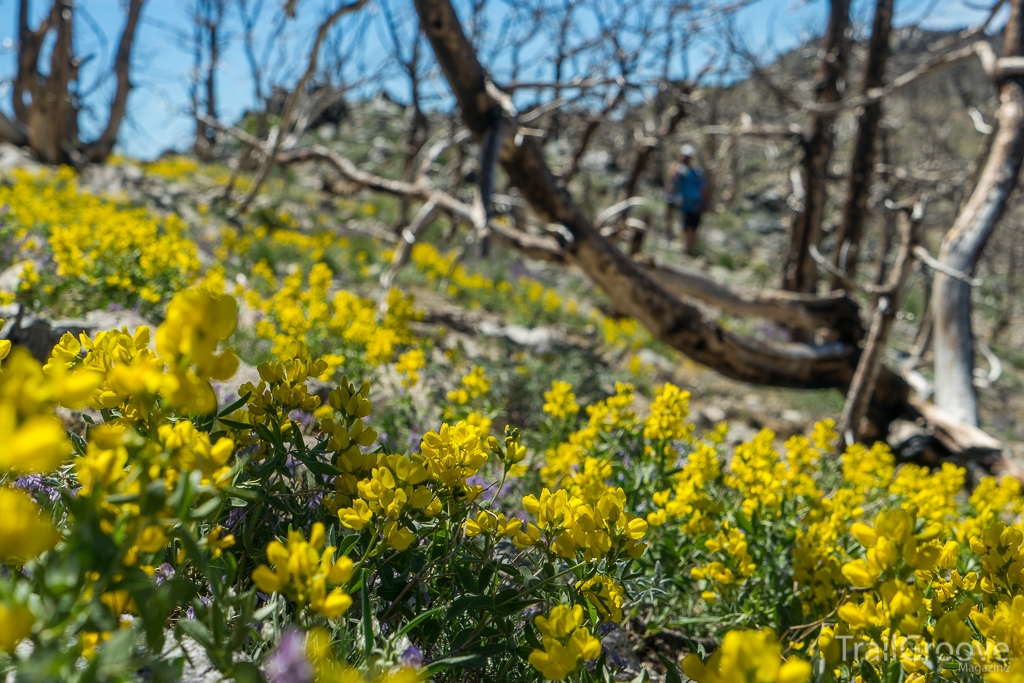 Signs of spring were on display despite a dryness in the land and air that signaled the arrival of summer, and as we climbed and hiked deeper into this wilderness study area the Ferris Mountains began to reveal what they had in store for us. Consistent route finding would be in order, as trails were not to be found, and a rotation of deadfall and talus seemed to repeat itself at intervals, through burn areas and with flat ground underfoot a rarity. 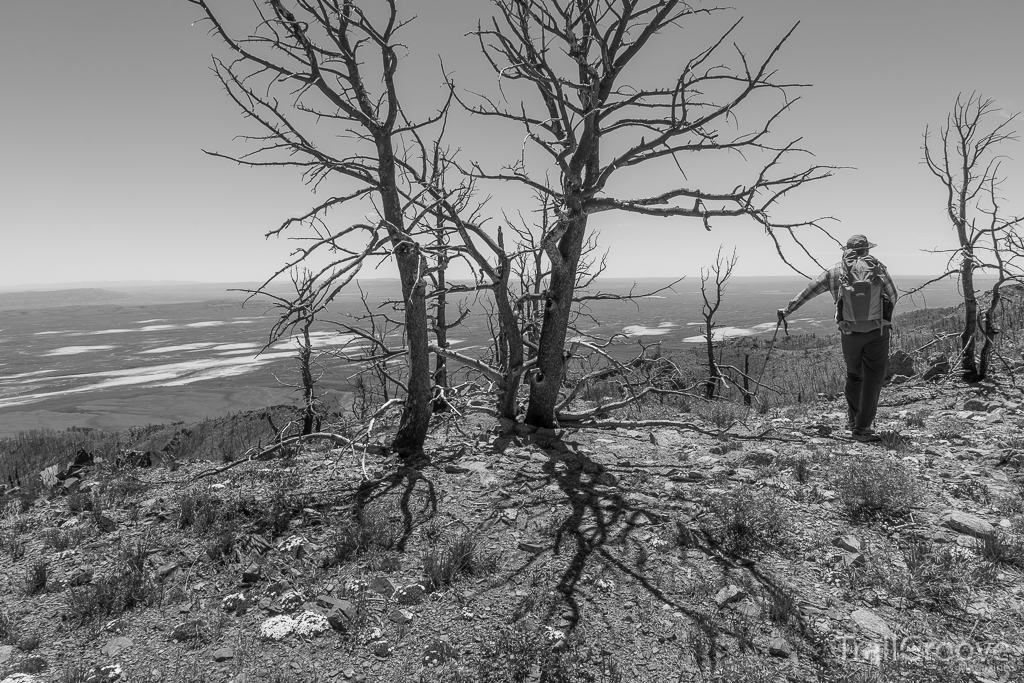 After hiking through the day at a slow but steady pace, passing the site of a both tragic and miraculous 1957 plane crash, and having found just a few remaining patches of snow to serve as a water source we then descended as evening approached – giving up some of the elevation we’d spent the day in gaining – in search of a campsite and water. Luckily, a small seep was found higher in the drainage than expected, saving a longer hike back up the next morning, and a quick camp was made in a quiet forest – the sound of wind through the trees lulling me to sleep, the brightness of the moon waking me from my slumber at intervals. 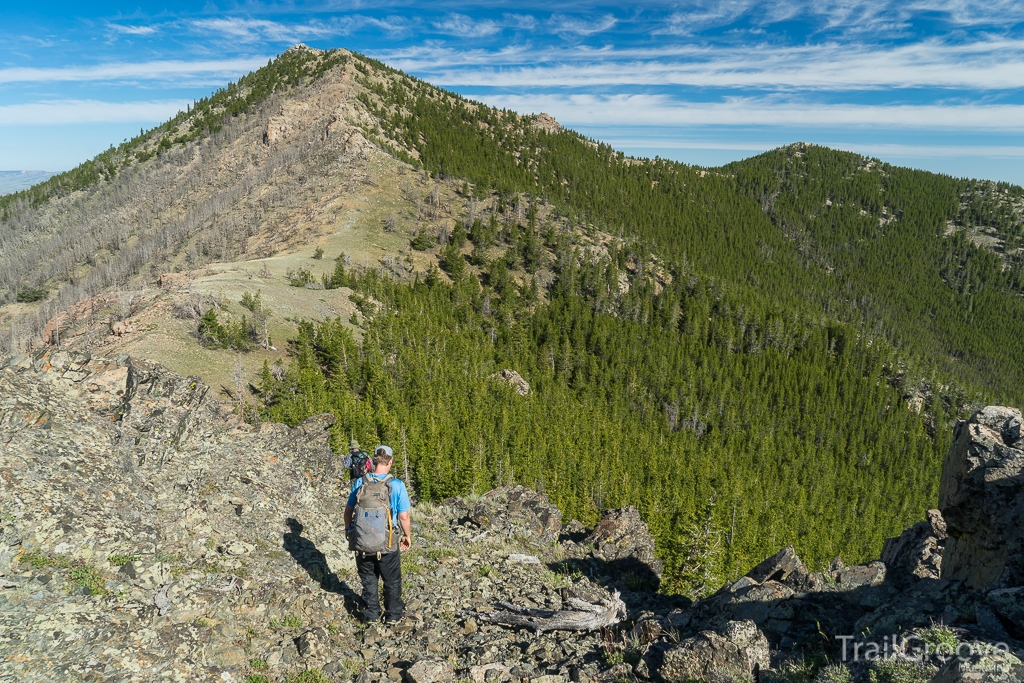 The next day saw more off-trail travel, including a summit of the obscure Ferris Peak which offered views all the way back to the Wind River Range and closer to home, and then a descent to a pass past one of the ranges trademark limestone fins, where more gentle terrain, water, and open meadows were found. 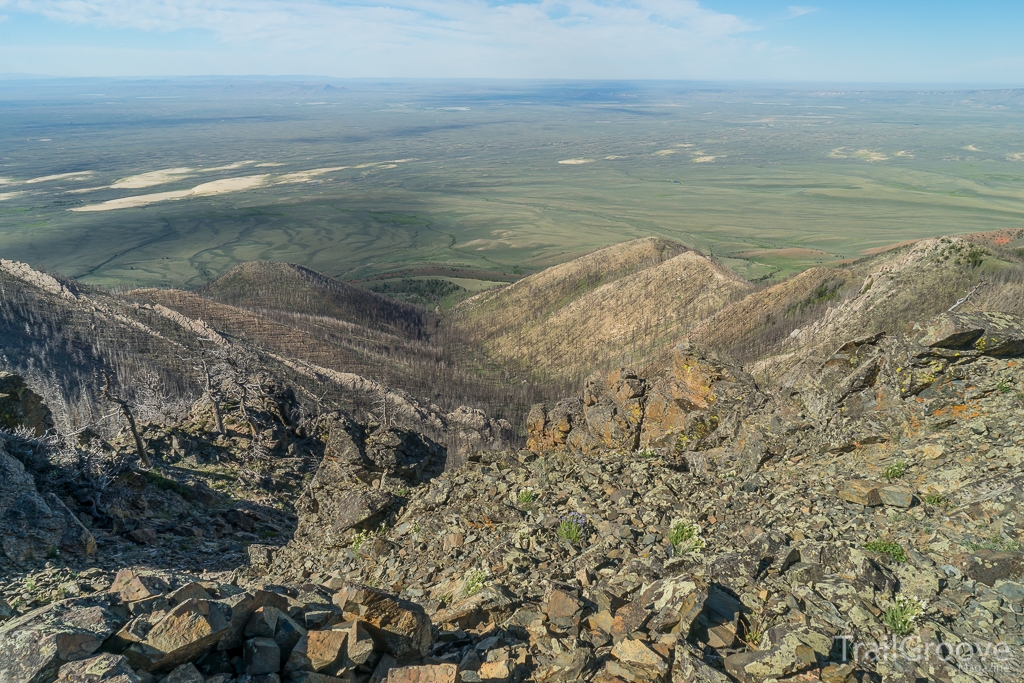 With feet seemingly finally flat on the ground for the first time in over 24 hours, we picked up the pace, began a long slow descent, and by late afternoon completed the hike and as far as overnighters are concerned, quite a hike at that. 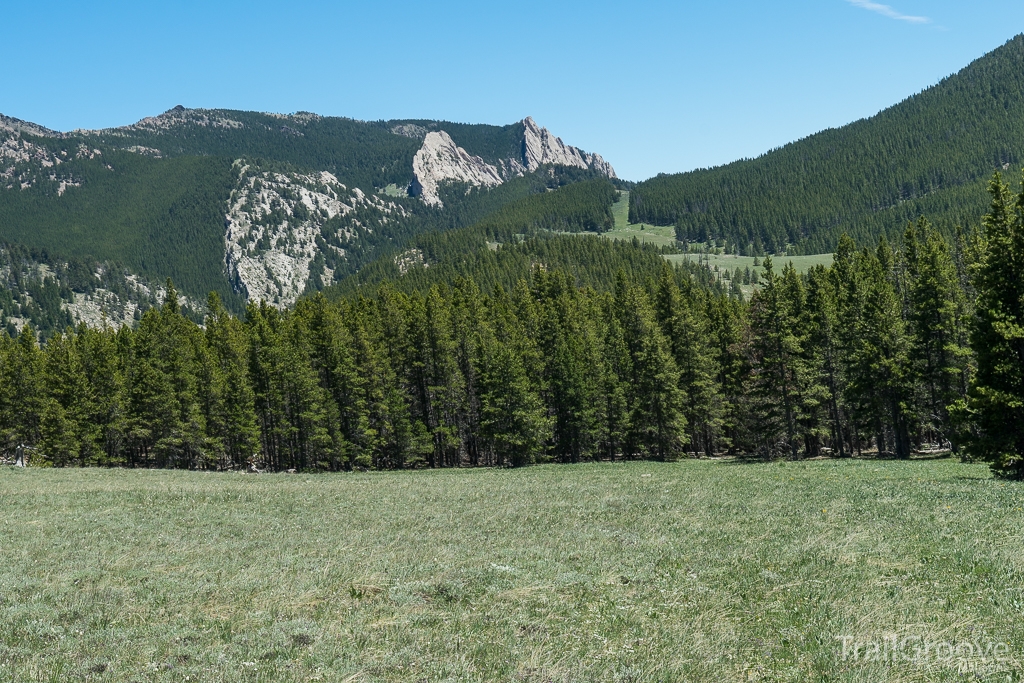 Though the Ferris Mountains Wilderness Study Area may not hold the miles or on-paper allure that many other destinations might offer, the remote nature of the range was a surprise. While the occasional trace that someone had indeed been there before you could at times be seen – an abandoned mine, a reclaimed 4 wheel drive road…a spent shell casing or a fire ring – the antiquated nature of those traces led one to feel almost as if you were hiking back in time without a footprint to be found other than your own. Stark, remote, and rugged – the Ferris Mountains in this case offered an experience that can only be found by finding that obscure destination of your own and letting your maps and the lay of the land be your guide at each turn. 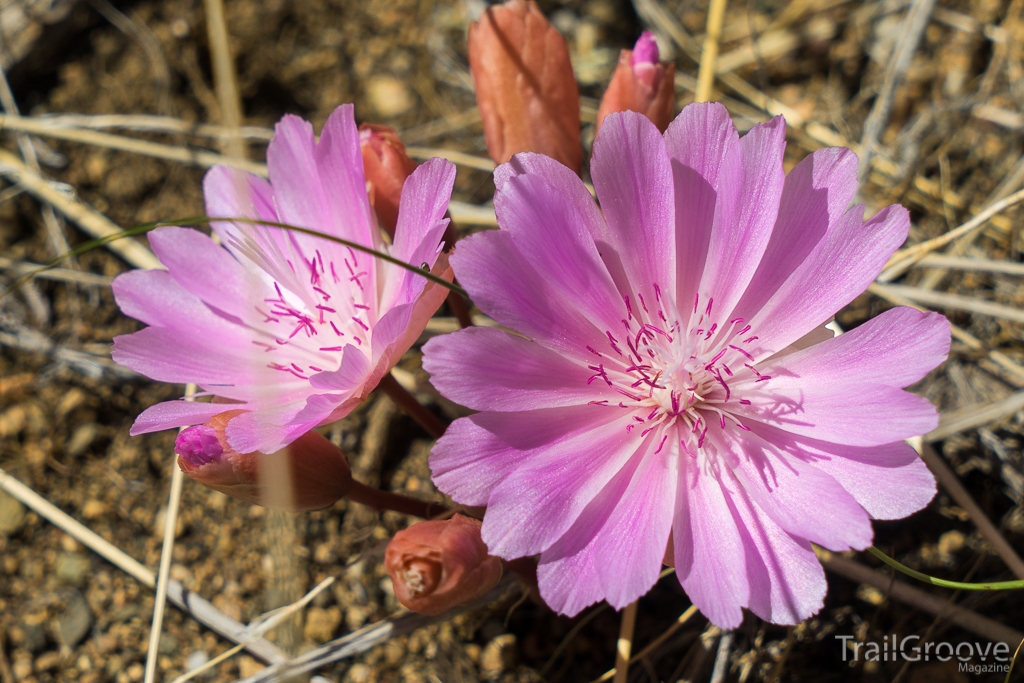 Information: The area is remote and rugged, take good maps and good shoes. Water is hard to come by on the ridgetops and may involve significant elevation loss and gain to find it in drainages. No permits are required and the WSA is administered by the Bureau of Land Management.There are no established trails but you may find an old jeep road or two at lower elevations. More information can be found on the BLM webpage.

Getting There: The Ferris Mountains are located in south-central Wyoming. From Rawlins, Wyoming drive north on Highway 789 / 287 to Muddy Gap. The range runs 20 miles east to west; consult BLM maps and a detailed atlas to invent your own route and “trailhead” options that avoid private land. Many roads in the area will require high clearance, 4 wheel drive suggested, and may become impassable when wet.

Best Time to Go: Late spring, early summer, and early fall would be ideal times to visit the area without excessive snow, cold, or heat.

Maps: For hiking, we all printed out USGS topographic maps, and Google Maps before the trip / the Delorme Wyoming Atlas before and during the driving process was a crucial resource for finding access points successfully.