I awoke in the comfort of the back of my vehicle as the Pacific Ocean’s peaceful waves gently moved across the nearby beach. I quickly drove away and soon found myself driving on a remote forest road. Fortunately I had checked road conditions and discovered that I needed to detour to avoid a landslide. The road was bumpy and had deep cracks. My vehicle has all-wheel drive, but not high clearance. With careful maneuvering I arrived at the Chetco Divide/Vulcan Peak Trailhead and the edge of Oregon’s Kalmiopsis Wilderness, 3800 feet above the ocean nearly twenty miles to the east. The trailhead was empty. 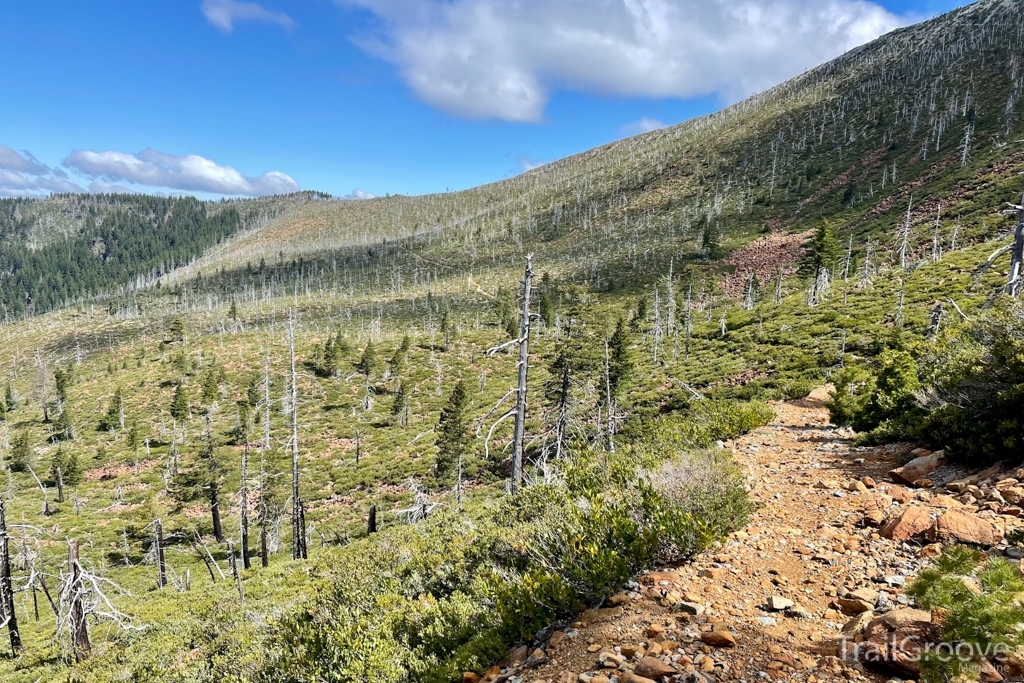 The Kalmiopsis Wilderness, Oregon’s third largest, is one of the most remote areas in the state. It is a land of rugged ridges and canyons with the headwaters of National Scenic Rivers. This is an area that has experienced some of Oregon’s largest forest fires, but recently many trails have been restored including the route I planned to complete, an approximately fifty mile loop into the heart and depths of the wilderness.

The trail started high on a ridge and it was difficult to discern whether the blue on the horizon was the sky or the ocean. The path was rocky and wide, possibly an old road. There were puffy clouds in the sky and the weather was nearly perfect. It was late May, the perfect window of time after the cold of winter had stopped, but before the shadeless ridges were unbearably hot in the summer sun. 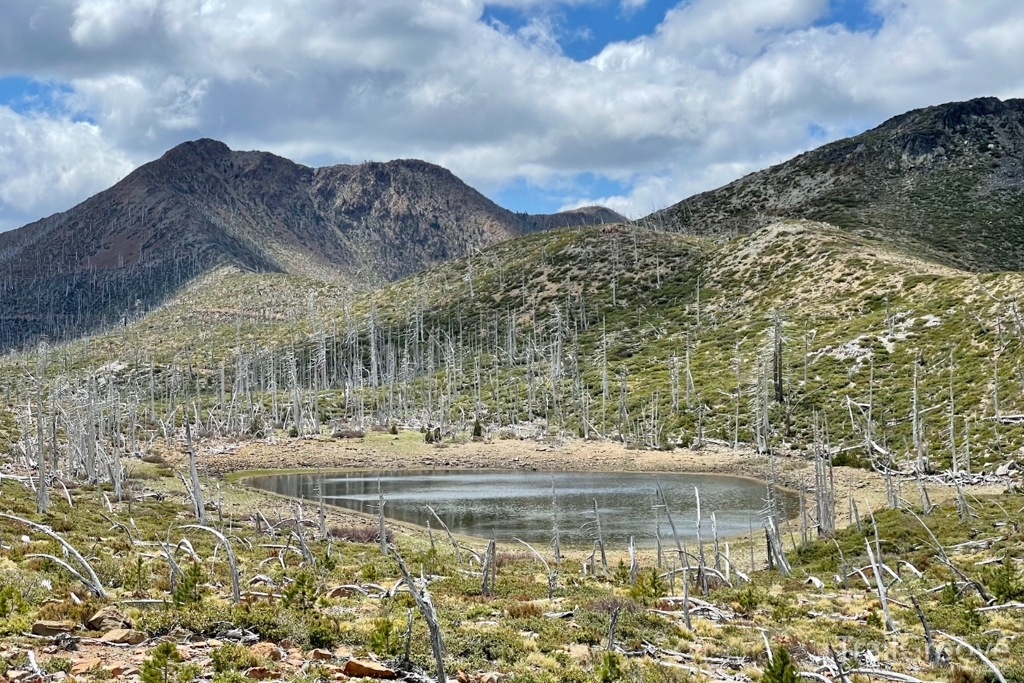 I arrived at a small mountain lake and gathered some water for the dry sections on the ridge ahead. There were many wildflowers along the trail and I wondered if some of them were the rare Kalmiopsis flowers that the wilderness is named after. There were nearly constant endless views of the canyons were all around.

As the end of the day neared, the trail descended steeply to the beautiful Chetco River. Near the river there was a well-established campsite a small waterfall on Carter Creek. It was a dangerous scramble down to the river, where I cooked dinner and enjoyed the light coloring the canyon walls. 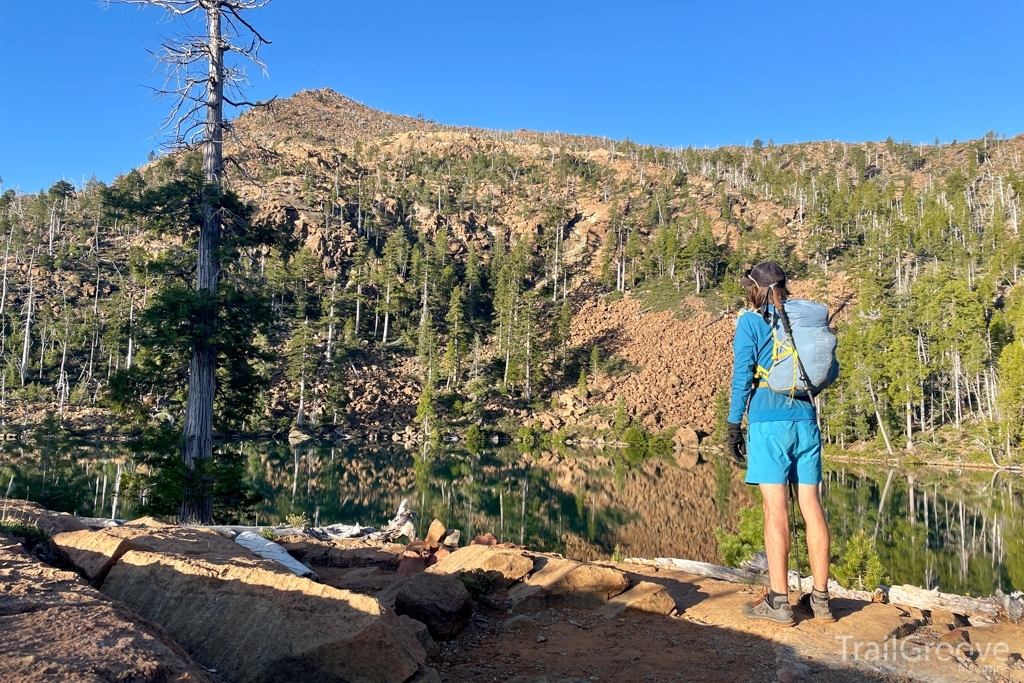 The next morning, I forded the river, followed along it for some time, dodged poison oak as possible. Sometimes it was unavoidable and I simply plunged straight through the bushes that towered over my head. I hoped that I wouldn’t pay the consequences later. I passed a couple backpackers, heading the opposite direction, the first people I had seen since beginning the adventure. In fact I wouldn’t see anyone else until I had left the wilderness.

The climb was steep and even in May, I could feel the heat. My goal of fastpacking returned to simply maintaining a hiking pace. Throughout the first day, I had been able to slowly run some sections of the trail with my lightweight fastpack on my back, but the 6000+ feet of elevation gain made my efforts seem slow. I embraced the struggle and was grateful to experience the scenery at a slower pace. 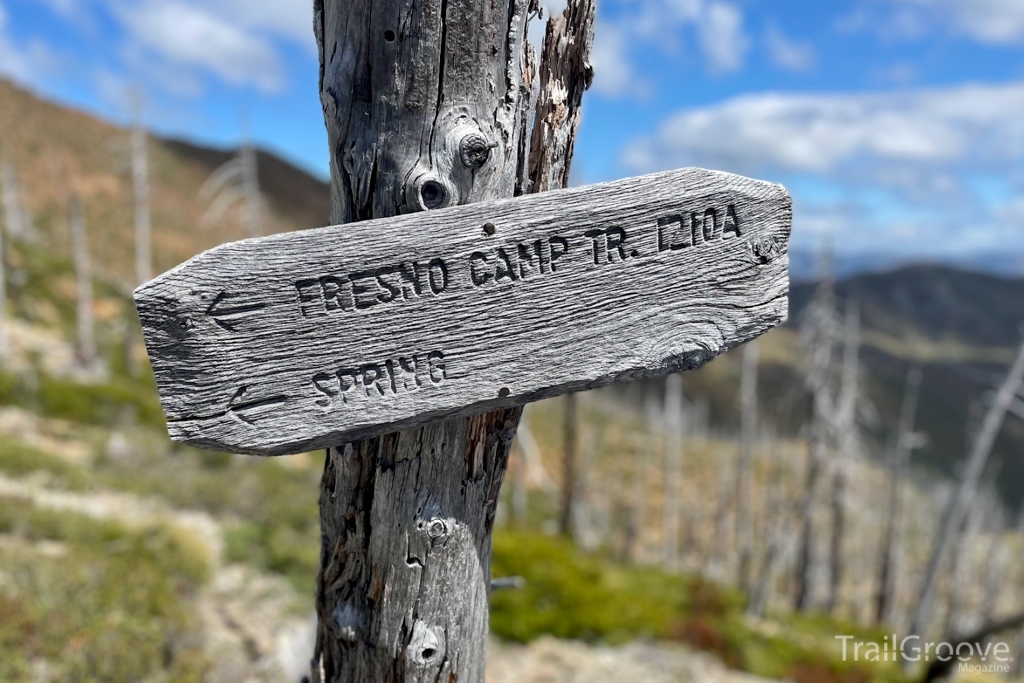 After climbing out of the canyon, I was greeted again by the expansive views across the wilderness. The trail followed a narrow ridge and skirted around a large, rocky mountain. I could have finished the loop that evening, but there was a scenic lake several miles from the trailhead. Vulcan Lake was a deep green with a unique reddish-orange colored Vulcan Mountain as its background. I enjoyed a refreshing swim with several water salamanders, ate some food, and experienced the evening view from a cliff at the lake’s outlet. 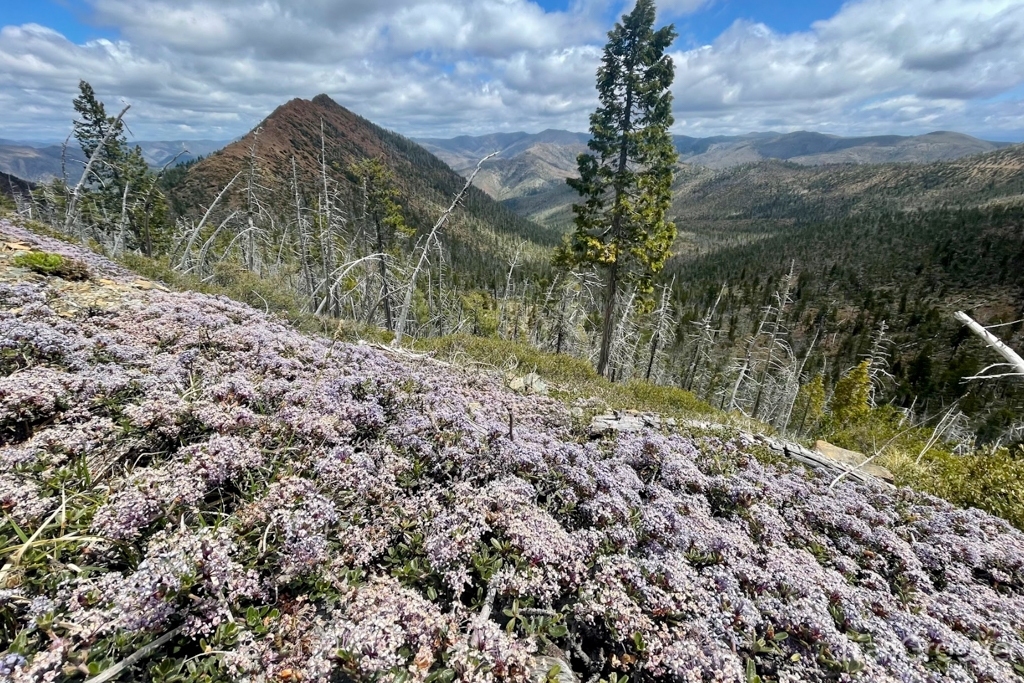 The next morning was a short journey back to the trailhead, partly on the only roadwalk needed to complete the loop. Soon I was back at the Pacific Ocean, and although I had the reminder of poison oak’s itchy misery bathing and inflaming my legs for now, the reminder of the sights, experiences, and ruggedness of the Kalmiopsis Wilderness was etched on my memory for years to come.


Information: The Leach Memorial Loop is about fifty miles in the Kalmiopsis Wilderness in Southwest Oregon. Going counterwise from the Chetco Divide/Vulcan Peak Trailhead the loop uses the following trails: Chetco Divide Trail #1210, Kalmiopsis Rim Trail #1124, Emily Cabin Trail #1129, Bailey Cabin Trail #1131, Bailey Mountain Trail #1109, Upper Chetco Trail #1102, and Johnson Butte Trail #1110. There is a short side trail to Vulcan Lake and also a short road walk to connect the loop. No permits are required. The Siskiyou Mountain Club has current trail conditions on its website.

Best Time to Go: May or September to avoid the heat of summer. The Chetco River ford may be challenging early in the year. Much of the route has less snow earlier and later in the year than in the Cascades.

Getting There: from the west the loop can be accessed by the Chetco Divide/Vulcan Peak and Vulcan Lake Trailhead on forest roads from Brookings, Oregon. From the East, the loop can be accessed from the Babyfoot Lake Trailhead. The closest international airport is in Medford, Oregon. Check the Rogue River-Siskiyou National Forest for road conditions.

Maps and Books: For maps check with the Rogue River-Siskiyou National Forest or print your own from Caltopo, and consider using a GPS app. William Sullivan’s 100 Hikes/Travel Guide Oregon Coast & Coast Range describes portions of the route including Vulcan Lake, Upper Chetco River Trail, and the Chetco Divide Trail. The upcoming 2nd edition of Falcon Guides’ Hiking Southern Oregon: A Guide to the Area's Greatest Hikes, which is due to be released in June of 2022, will likely include hikes in the Kalmiopsis Wilderness.