After using the H31w from ZebraLight, (Reviewed Here) which uses a single CR123A battery, I eventually made the move to ZebraLight’s H51w. The lights are fairly similar, but I decided to make the move to the H51 series since it operates off a single, more easily sourced AA battery. The H51w worked well, and an update to the light was recently released – The ZebraLight H52w. 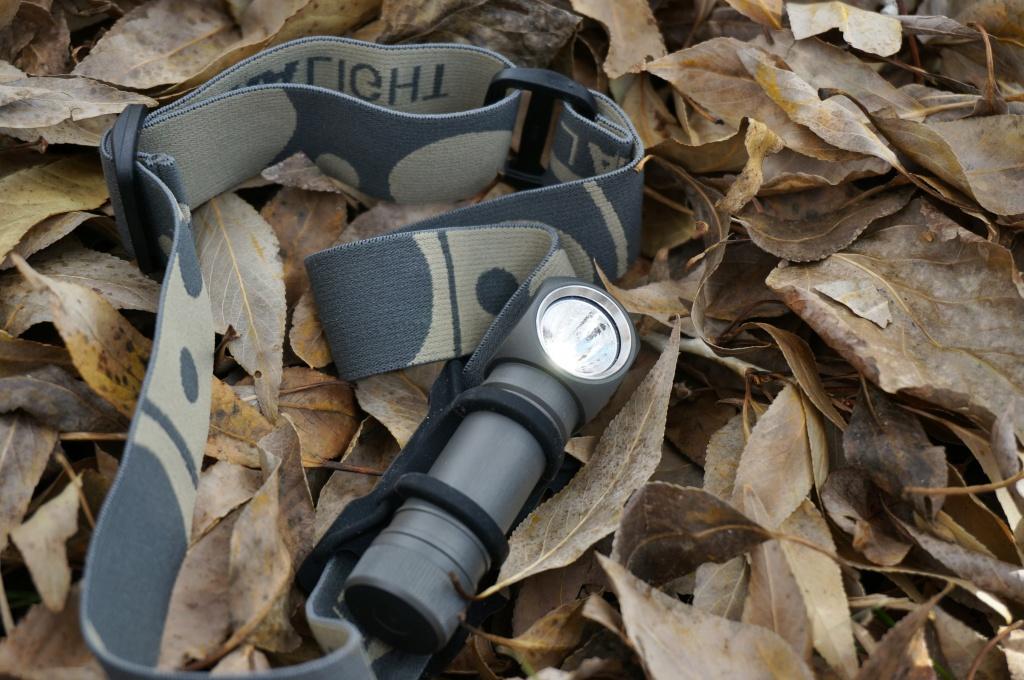 For me, the best thing about the H51w, and now the H52w is their ability to run off Eneloop batteries – No more piles of used and partially used post trip batteries. Just recharge before a trip and you’re good to go. The new H52w uses the same battery and has a similar form factor as its predecessor. Still with a regulated output and waterproof, it's also slightly lighter, slightly smaller, and promises more lumens and longer run times. Additionally, a battery level indication feature is now built in. I wasn’t too excited about more brightness – The previous ZebraLights I’ve used have always been bright enough – But what really caught my eye was the longer run time at equal brightness levels, and the battery level indication feature, both of which would definitely be useful on longer trips. Slightly lighter and smaller couldn’t hurt either, and a preorder was soon placed for the H52w. 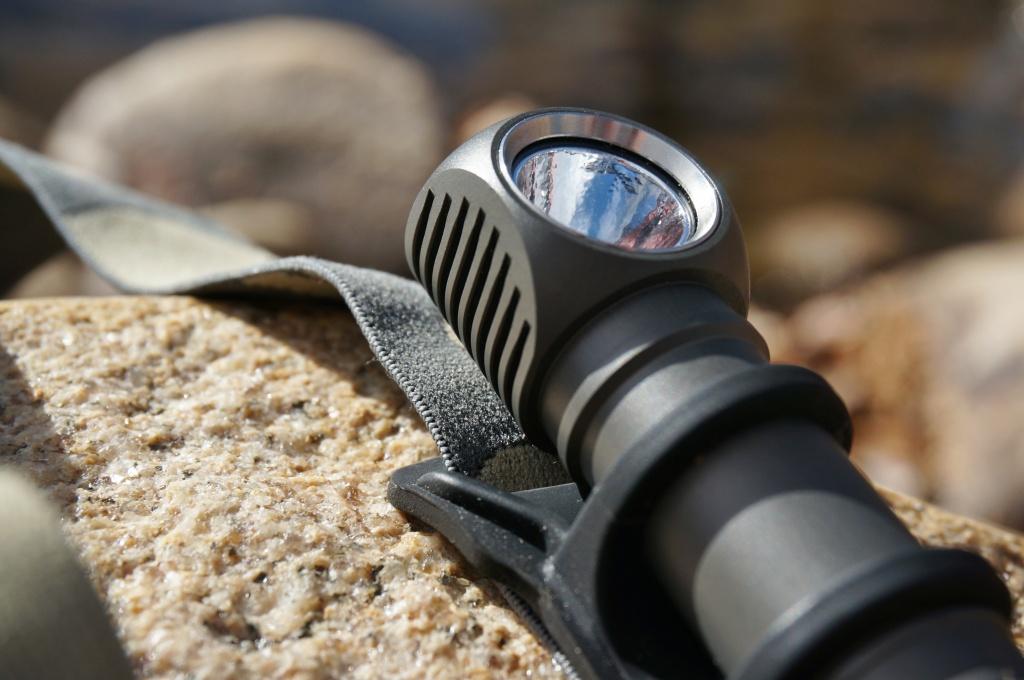 In hand the H52w is noticeably smaller than its predecessor, and even though it’s only .2 ounces lighter on the scale, it feels lighter (And while wearing it) than that number would at first suggest. The H51w always felt a little too large and heavier than it needed to be…The H52w seems just right. The switch has been changed, and is now smaller and more heavily recessed into the body of the light itself. I’m sure they changed this to prevent accidental activation, which was a problem on the previous model. However, a quick counter-clockwise turn of the light’s tailcap solved that problem and it was never an issue in my case. (Just a fraction of a turn was needed) Accidental activation is much less likely with the H52w, but I’ve found the switch harder to use, especially with gloves. The new switch also doesn’t provide the same tactile feedback and audible click that the H51w offered. Since I still turn the cap slightly to deactivate the light when packed anyway, (Perhaps just out of habit) I’d definitely lean towards the old switch, but I’m getting used to the new design. 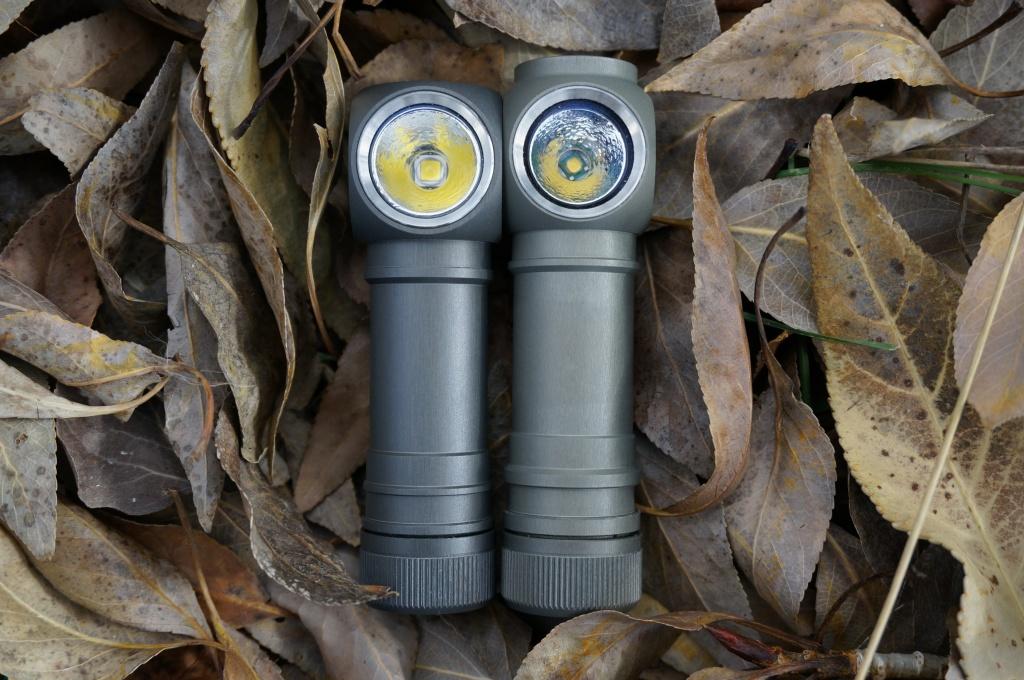 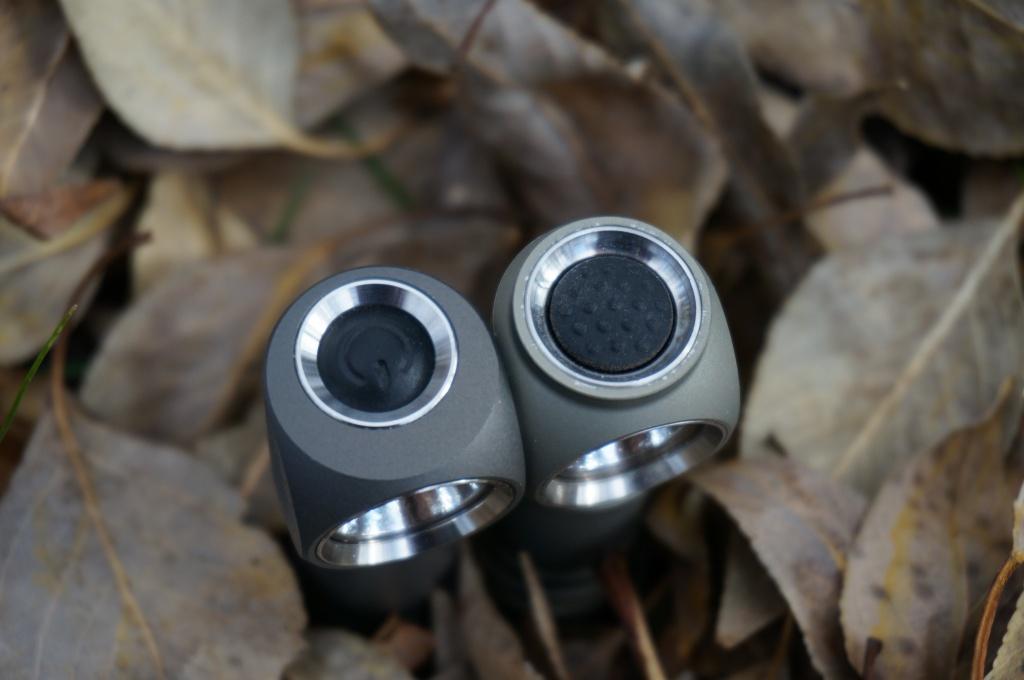 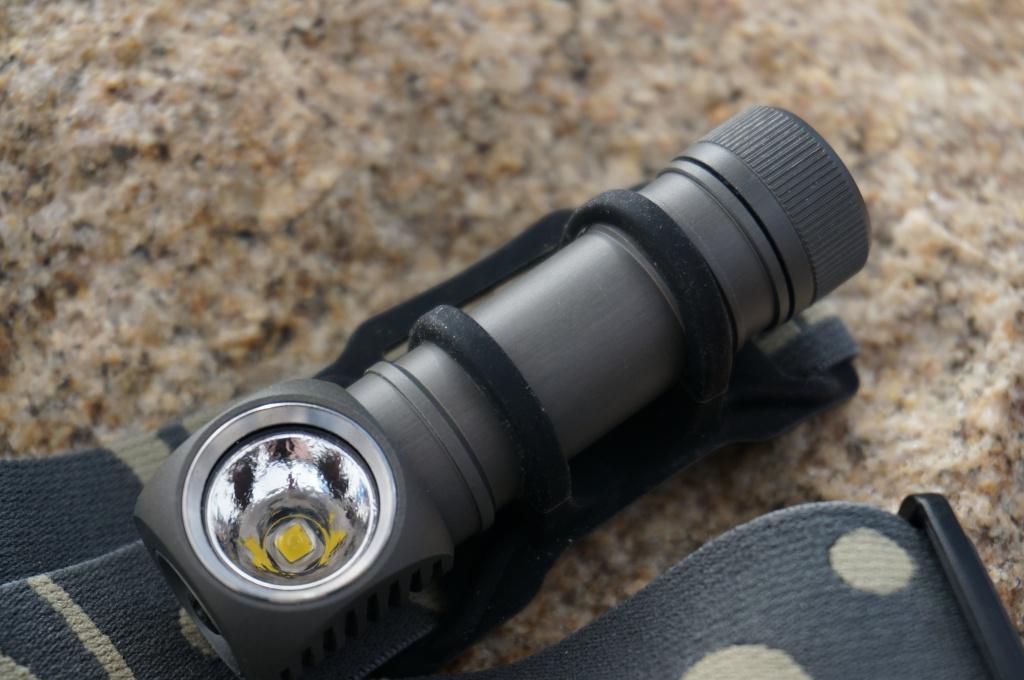 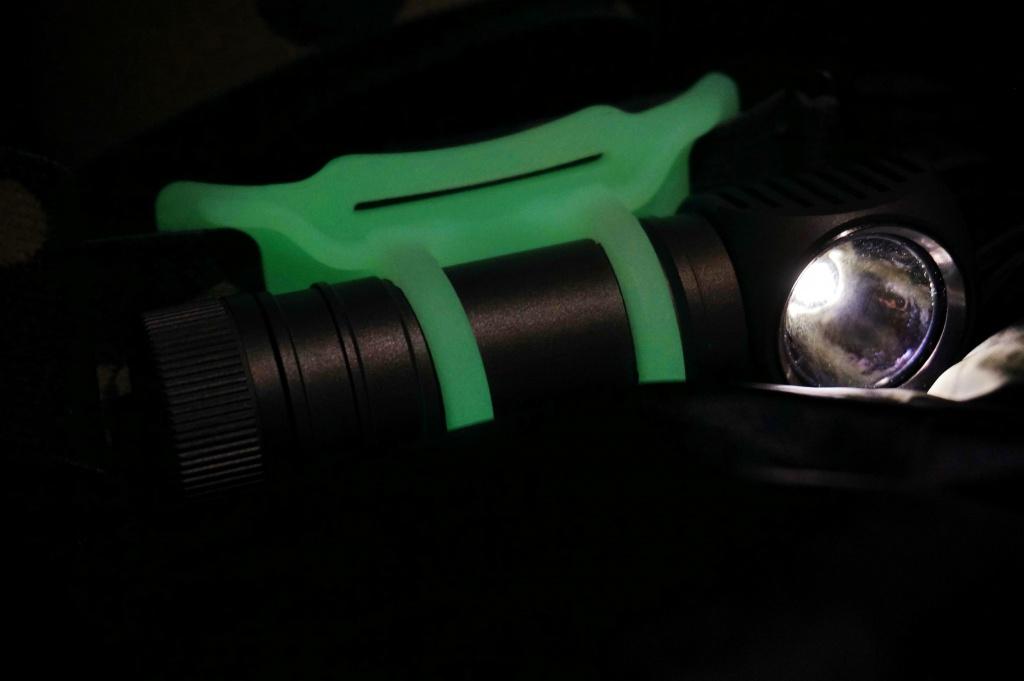 Optional Glow in the Dark Holder

The headband and strap haven’t changed, but the H52w, due to its smaller size, fits slightly looser in its silicone holder, making up and down adjustments an easier and smoother process while hiking. ZebraLight still includes a clip if you’d prefer to use the light like a normal flashlight without the headband, and they offer a glow in the dark silicone holder which I definitely recommend.

One thing I really liked about the H51w was the tint of the light – It was more on the warm side and personally, much preferred on the trail over the blueish tint of many other headlamps. The H51w was listed at 4200k, while the H52w is listed at a slightly cooler 4400k on the temperature scale. Side by side, the change is noticeable. The H52w casts a light that’s not cool blue, but not on the yellow end of the spectrum either – It’s pretty much as listed…Neutral. The old tint seems more pleasing to the eye to me, but overall colors on the trail appear as they should with the H52w. 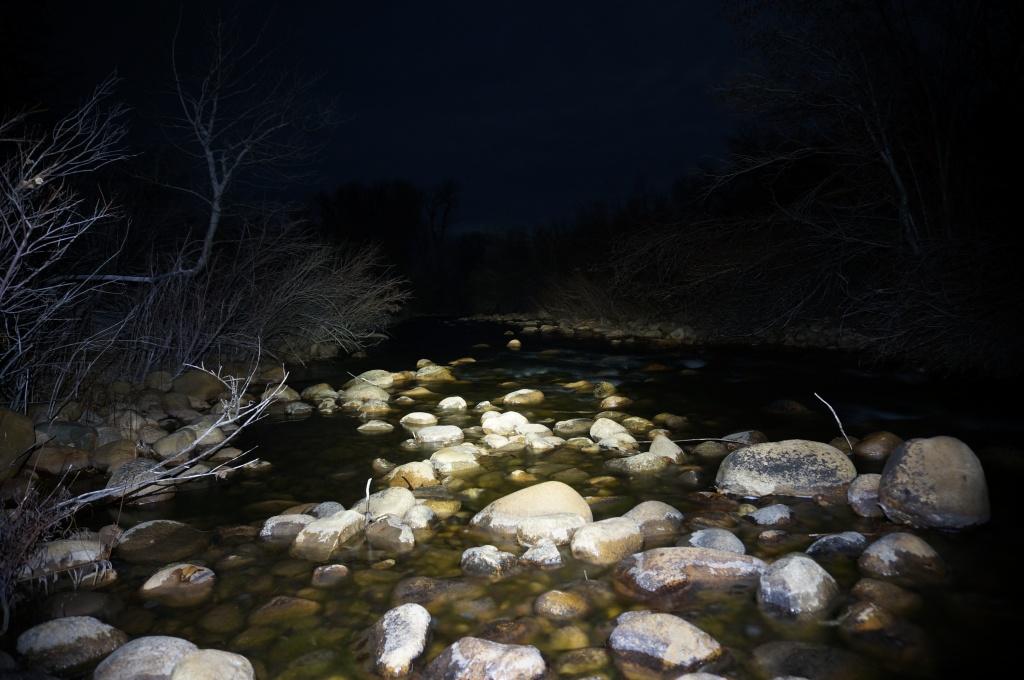 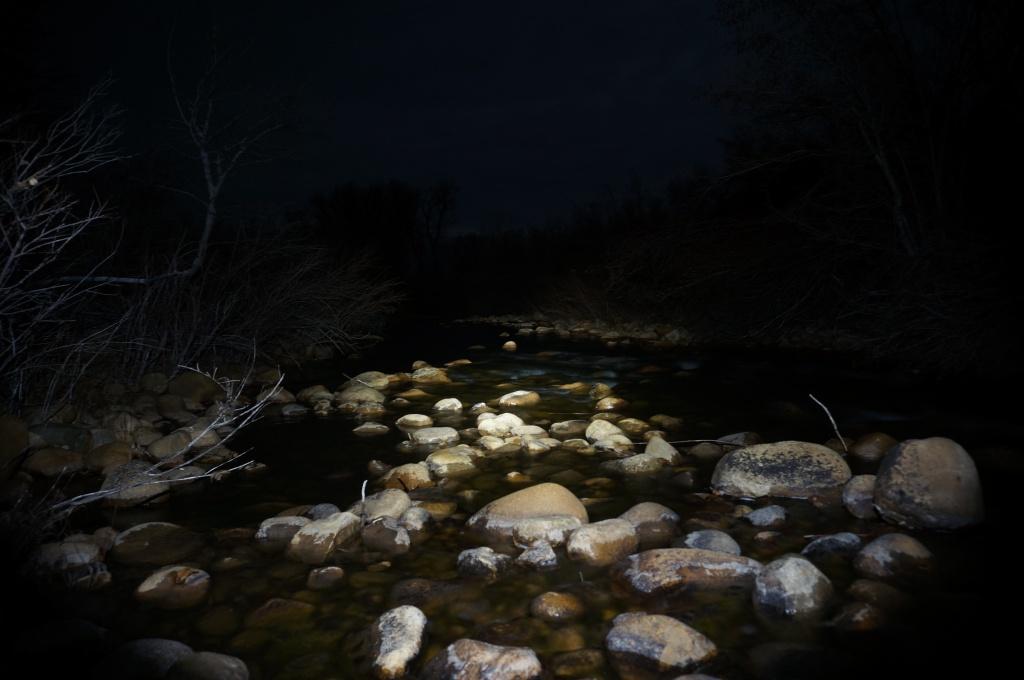 The light has 6 main lighting levels to choose from, but sublevels can be customized for a total of 10 different constant lighting levels. The brightest level offers 280 lumens, (500 lumens for the first minute if you choose to use a 14500 battery) and the lowest option of the light can be configured to be very low, all the way down to .01 lumens if you need it. Additionally, 3 short clicks activates a strobe mode if you'd really like to get someone’s attention. The brightness and run times of the main settings can be seen below, and the light can also be programmed for the optional settings if you'd like. This is one light where you'll probably want to read the manual. In normal use, you'll select low, medium, or high, then double click to switch between the first and second setting for each level.

New is a battery life indicator. Activated with 4 short clicks the light will then flash 1 - 4 times to give you an idea on the level of charge. It’s not perfect, but it’s way better than nothing. The light will also start to step down from higher modes automatically when the battery gets really low, and even if you don’t activate the manual level check, the light will flash when turned off as an automatic low battery indication. Various batteries in the AA form factor can be used. As stated earlier I prefer the rechargeable Eneloops, but you could save weight by going with a non-rechargeable Energizer lithium. (Half an ounce) Other AA batteries, both rechargeable and not can also be utilized. 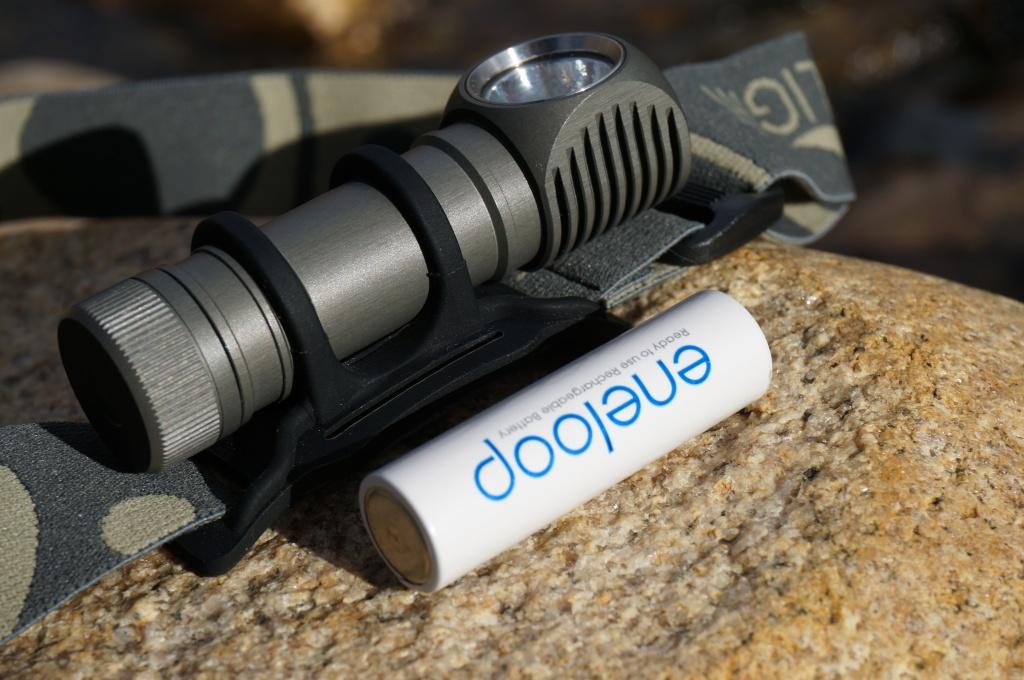 Overall the ZebraLight H52w offers definite performance improvements, though there are a couple things I’ll miss about the previous model. (Or perhaps that I’m still getting used to) However, the longer run times and the battery indication features are both really convenient on longer backpacking trips, and a lighter and more compact form factor is always a nice bonus.

Note: The H52w has been replaced with the H53w. You can read our full review of the Zebralight H53w here in Issue 35.