In his beautiful and evocative memoir The Carry Home: Lessons from the American Wilderness, acclaimed travel writer Gary Ferguson breathes emotional and humane life into the Mountain West. After 25 years of marriage and as many seasons sharing a USFS ski patrol hut, Ferguson’s wife Jane passes away suddenly in a tragic canoeing accident in northern Ontario, dividing Ferguson from not only his partner and best friend, but from his identity in relation to her. In recognition of her last wishes, he sets out to scatter her ashes in her five favorite backcountry locations, and in doing so begins to hunt for what meaning he can reconstruct of his own life in her absence. 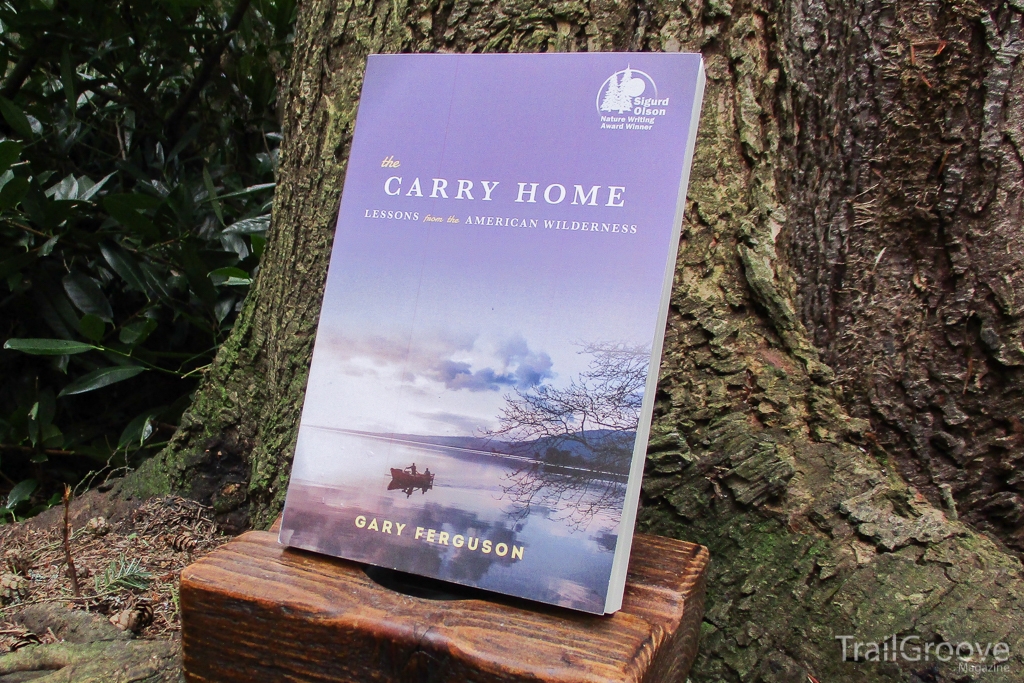 As Ferguson takes the reader through the deep wilds of the American West, he constructs his world through prose as granular and pulsing as his environs: “West of Caineville the land melts into the bare bones of existence: rusted waves of sandstone peeling away with every passing storm; deep blue sky, hot and thirsty and bright.” But what breathes life into his writing is not the descriptions of the earth around him, but rather the emotional connections he generates to it with his readers. Each of the locations at which he scatters Jane’s ashes bears personal meaning, and he imbues that meaning into his descriptions from the opening passage:

“The end came for Jane, and so for us, at the edge of a spring, when the leaves of the north country were washed in that impossible shade of lemonade green. A color she said always reminded her of a certain crayon in the old Crayola 64 boxes she had as a kid – one labeled simply “yellow green” – a clumsy name with no hint of the promise it held”

From the first page, he reaches out and takes the reader’s hand, guides us through the Mountain West as he knows it. His travels to lay Jane to rest take him through the heart of the northern American Rockies, from the Sawtooth Range of Idaho to the northern reaches of Yellowstone and the Beartooths, south down to the canyons of Utah, but the greater story that he tells brings the reader to Colorado, Oregon, and the Northwest Territories of Canada. His trips start brief as he recovers from his own injuries, making short forays into the Sawtooths and into Utah alone to say his private goodbyes and close the intimate chapters on the story of their life together. But by the time he’s ready to make the final scatterings, he’s joined by friends, family, and anyone who has their own closures to make with Jane, and leaves straight from his front door in the foothills of the Beartooths and hikes a hundred miles south and west for her final ceremony in the northeast corner of Yellowstone. And like a guide, he shows us what’s worth seeing, tells us about his connection to it, but encourages us to make a connection for ourselves. He lays the emotional agar and steps away to let us seed it with our own experience.

He occasionally gets in over his head in this regard, jumping back and forth, often several times per (already short) chapter, between multiple recollections of a place. But while understanding the location’s importance in his and Jane’s life is crucial to our appreciation of his voyage in the present, his frequent and sporadic trips into the locations’ natural and explorative history often interrupts the pacing and adds further complexity to an already complex story.

But of course, a search for identity is necessarily complex, and that is ultimately what brings Ferguson out in the wake of Jane’s death. Not to find the right place to lay her to rest, not even to honor her memory at the places she loved the most. He spent 30 years of his life at her side, as rangers and as partners, and thus his identification with nature is pinned to his identification with her. His journeys lay Jane to rest, sure, but ultimately his driving force is to work out who and what he is without her, and how he relates to these timeless wilds. Jane is now part of the wilds just as she is part of him, but as the wilds go on, so too must he.

You can find The Carry Home: Lessons from the American Wilderness here on Amazon.com.