As far as hiking gear goes, trekking poles are one of the most utilitarian and least flashy pieces of gear out there. Whereas sleeping bags, tents, backpacks, down jackets, and rain shells all seem to have copious amounts of energy and ink expended in marketing campaigns to promote them, trekking poles seem to have a much lower profile. 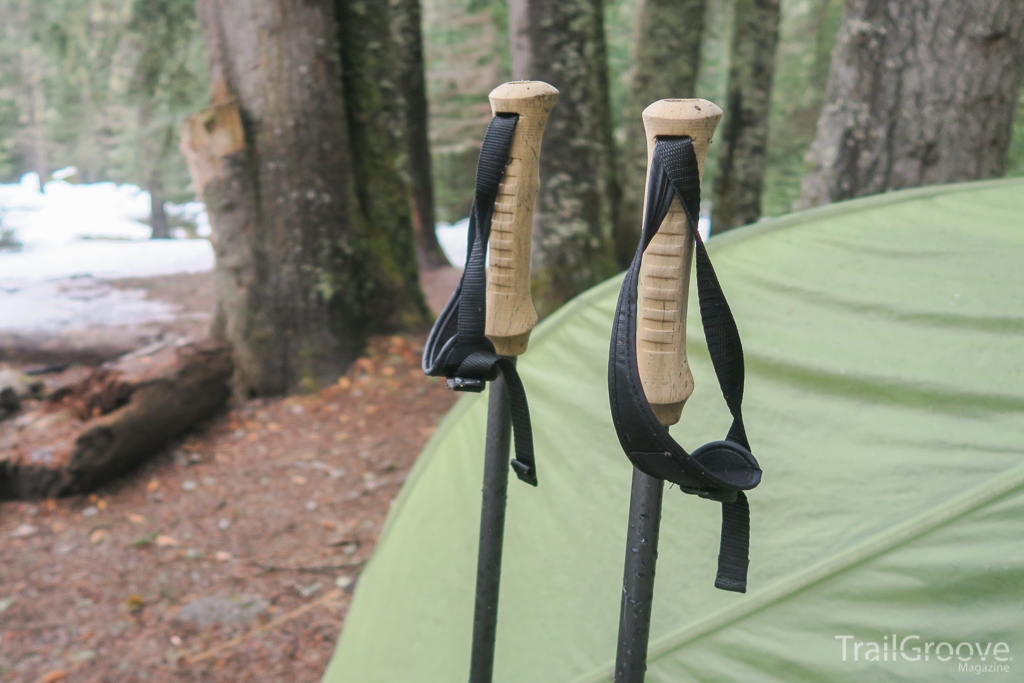 There’s just something about these simple pieces of gear that doesn’t really inspire the enthusiasm and consumer-fever that gets people worked up about discussing fill power, hydrostatic head, Dyneema Composite Fabric construction, and the Holy Grail of true waterproof-breathability. Perhaps it is because trekking poles are relatively simple items and a quick substitute for them – a stick lying on the ground in the forest – has existed since humans began walking upright and found themselves needing a temporary extra appendage to add balance in certain situations. Whereas sleeping bags, down jackets, and rain jackets are more cutting-edge and, given the amazing benefits they provide, lead themselves to greater fandom than mere trekking poles. Add in the fact that most of the aforementioned pieces of gear are non-negotiable and absolutely necessary for most three-season backpacking trips, while trekking poles can easily be left behind without ruining a trip (try forgetting a sleeping bag and still having a good trip), and it is no wonder that trekking poles usually fade into the background in discussions and magazine articles about gear.

Regardless of their lack of hype when compared to other items on the outdoor gear market, trekking poles provide significant benefits to hikers, especially those carrying the weight in food and gear needed for multi-day backpacking trips. Benefits range from stability on uneven terrain, reduced strain on knees, balance when crossing streams or when on snow, to somewhat less tangible ones like their ability to help hikers get in a better rhythm when moving on easier terrain to really crank out the miles (although this certainly varies from hiker to hiker, as some simply stow the trekking poles when the terrain mellows out). For backpackers using tarp shelters and certain models of tents, trekking poles serve as the support for the shelter and allow it to be pitched without needing separate poles that only serve one purpose. 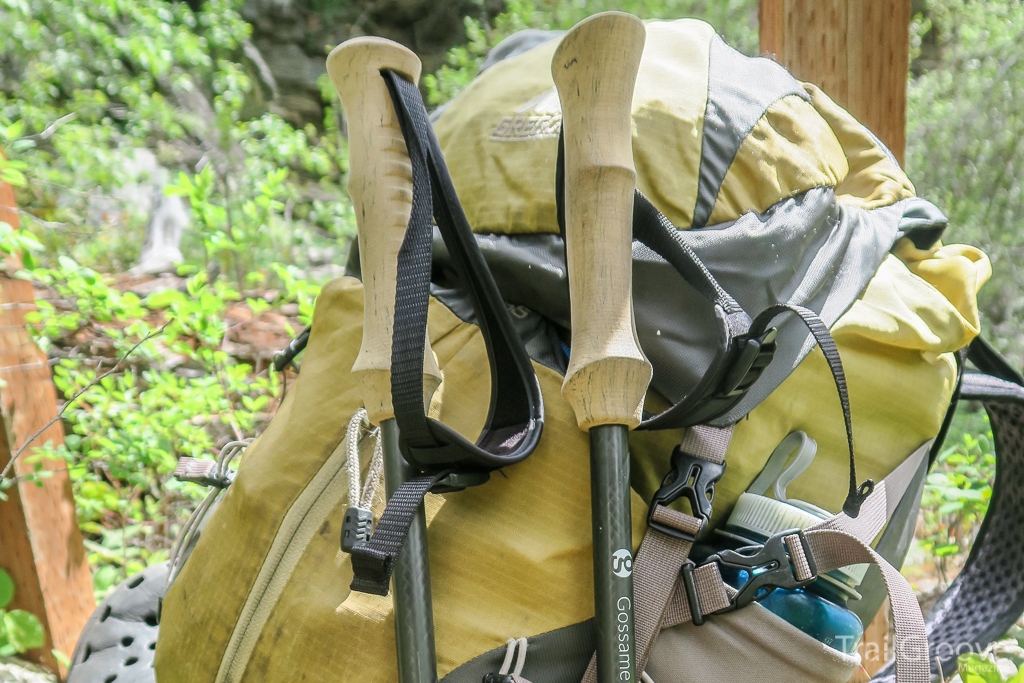 Granted, trekking poles aren’t something used by all backpackers or even all avid and experienced backpackers. One hiker I know, who has logged over 30,000 miles during four decades backpacking, doesn’t use trekking poles. Another avid backpacker who has explored the rugged terrain of Montana for over 50 years only uses them when snowshoeing. Some complain about the added piece of gear, that they can get in the way, the straps get tangled up in their hands, and so on and so forth. Others, including this author, couldn’t imagine a backpacking trip without using trekking poles and proselytize to novice hikers about their benefits at every opportunity. To quote the Red River Gorge guidebook author Jerrell Goodpaster, in regard to trekking poles “some swear by them, others swear at them.”

Like all pieces of gear, not all trekking poles are created equal. Different locking mechanisms (the twist locks of the LT5s compared to the lever locks of REI's Flash Carbon Poles), handle materials (cork vs. rubberized vs. foam), collapsibility (three-section, Black Diamond’s z-poles method, etc.) all have certain benefits and drawbacks. Some of this boils down to personal preference, and some to the conditions where you plan to use the poles. For general three-season on-trail and easy cross-country hiking, models such as the Gossamer Gear LT5s – an update to the previous LT4 trekking pole – are popular for their excellent mix of compactness, minimal weight, comfortable handles, and suitability for most non-mountaineering hikes. The Gossamer Gear poles are not cheap – at $195 for the pair there is a lot of other gear that could be purchased – but their performance is commensurate with the price. 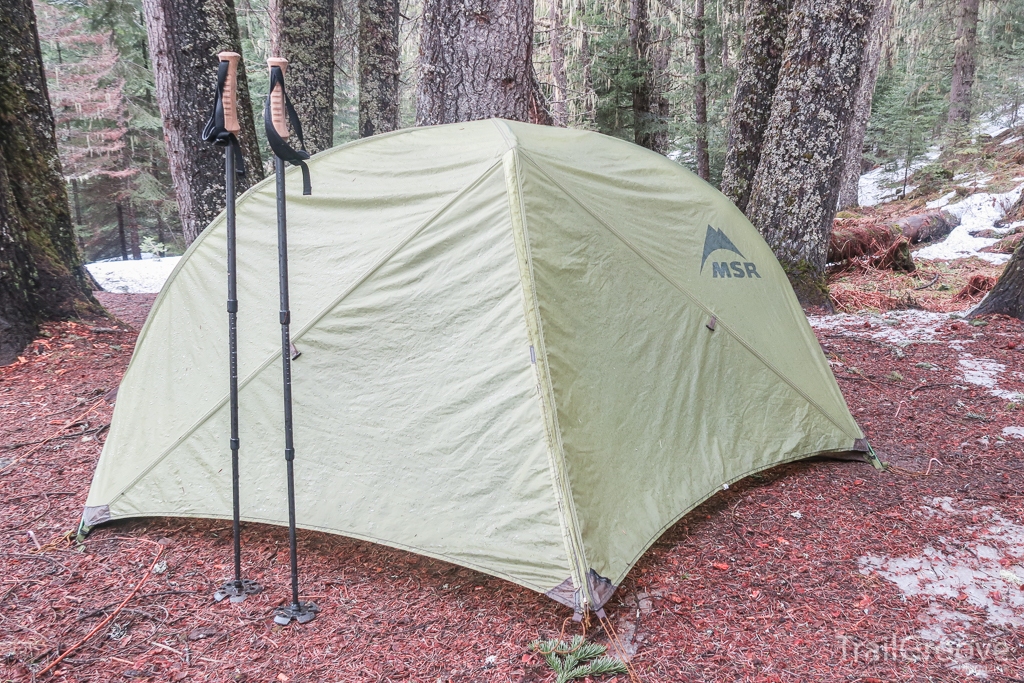 The most striking thing about these poles is their minimal weight. At 5.3 ounces each (which includes the strap and mud/snow basket on the bottom; they are a scant 4.6 ounces without these), these poles truly are feather-weight. This low weight made my initial uses of them an exercise in suspension of disbelief, as the ability of such a light pole to fully support my weight with a backpack on rocky terrain and with all my force on one pole was astounding and amusing. It really was almost hard to “trust” these at first, as I was coming from using poles that were more than twice as heavy. After a few hikes and unexpected stumbles in which these poles saved me from a fall, I was totally converted.

The low weight is a result of their carbon fiber construction, resulting in their top-tier price. From bicycle wheels to skis, carbon fiber has led to reduced weights without sacrificing performance in multiple categories of outdoor gear. Although carbon fiber can fail catastrophically and with little signs of warning (like the obvious cracks you would see in a steel bicycle frame when compared to a carbon fiber one), this shouldn’t dissuade you from using carbon fiber poles (the high price would be a more legitimate excuse). There is barely perceptible lateral flex on these poles when under extreme duress, and this seems to be the most likely way that these would fail in the field. The types of forces typically exerted on trekking poles, the consequences of failure (unlike a bike, you probably won’t be going 30+ mph if a trekking pole failed), and the improvements in quality and durability over the years mean you should feel secure in choosing and using carbon fiber poles. No warranty against breakage of the carbon fiber tubing is offered however, so if a section does end up breaking, you’ll need to purchase the fix (replacement sections are available) through Gossamer Gear.

In addition to the minimal weight, the ability of these poles to be compacted to less than two feet (23.5”) when stowing them is a great feature. When needing to stow them to make both hands available when scrambling in Class 3 terrain or when they weren’t needed on easy terrain, it was great to be able to pack these away in those types of situations. And the added weight to my pack was barely over a half-pound. The max length is 51" when fully extended, so if you plan to use these for a shelter you will want to factor that in as well.

Preference for handle material varies from user to user and I found the handles on these poles to be a great material in a variety of conditions. During the few months of testing, I didn’t see any noticeable deterioration in the materials despite exposure to a variety of conditions and lots of sweat. The handle material is preferable over rubberized handles, and these are some of the nicer handles I’ve used with superb handle comfort, one of the most comfortable handles I've ever had on a trekking pole. The strap is functional and not overly burdensome or inconvenient – it simply functions as it should with no remarkable characteristics. The included rubber tips and baskets are helpful for the conditions where they are appropriate and replacements can be easily ordered at a reasonable price from Gossamer Gear when they are worn out or go missing. The tip traction is great on a variety of surfaces and the snowbaskets are easy to add and remove. 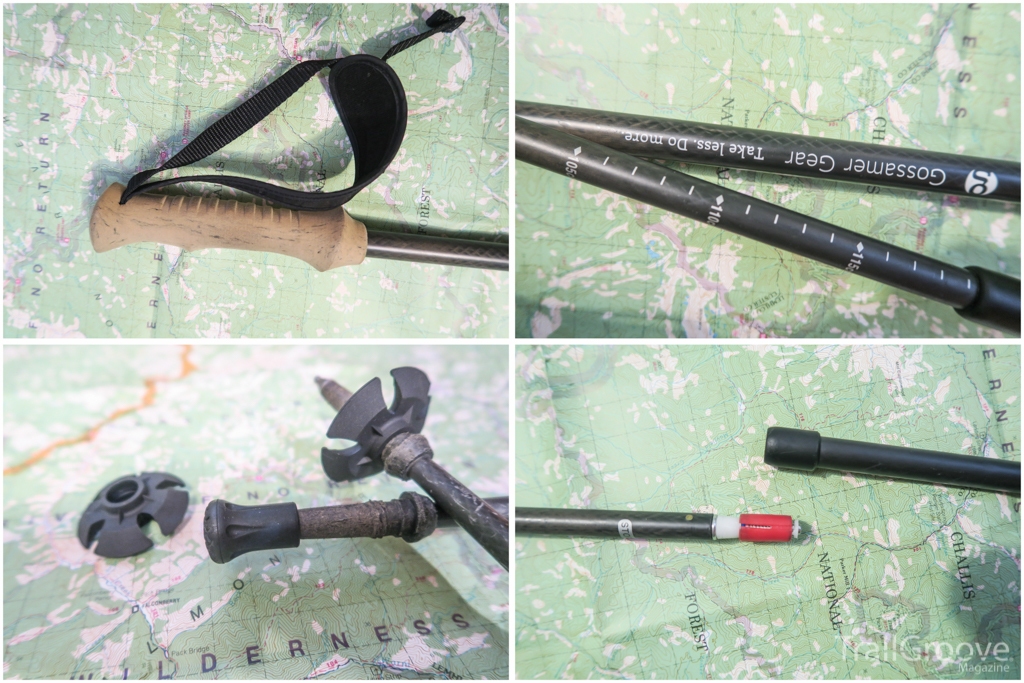 Perhaps the most important part of a trekking pole is having an absolutely solid locking mechanism to prevent the poles from unexpected slipping when loaded with weight, which often occurs during a slip or when bracing when climbing up or down something, or crossing a creek. While the vast majority of the time the changes in length of the pole as a result of slippage were microscopic over the course of a moderate backpacking trip, there were a few instances where significant slippage occurred. Both were when crossing creeks that were deep enough to cover the twist-locks and when I had to fully weight the poles to gain enough balance to not slip. The slippage didn’t result in injury, but it also did not inspire confidence in a situation where I needed it most. I will accept some role in perhaps not tightening them down as much as I should have after adjusting them prior to the crossings, but overall I think that this more an issue with the twist-lock mechanism and not solely user error.

While I've been pleased with poles and they've met my expectations, the price tag on them makes it difficult to unequivocally recommend them. Although I would be surprised if anyone purchased them and found them lacking, there are many other more affordable options out there for hikers just needing a pair of poles and not overly concerned about their weight. Aside from some limited slippage of the locking mechanism, there were no major issues of concern that I encountered when using these poles. Barring any unforeseen circumstances, I'm hopeful that these poles will be with me for as long as my previous pair of poles, which was nearly a decade.