I’ve dreamed about flyfishing for golden trout in the Wind River Range ever since I picked up a flyfishing magazine when I was about 13 years old that had a short article detailing a backcountry trip in pursuit of the elusive golden trout. Even at the time I was an avid fisherman, but what I read about in that article was the polar opposite of the type of fishing and the type of outdoor experience I was familiar with. While the magazine has long been misplaced, and internet searches to track down the article fruitless, the article planted a seed and somehow I’ve ended up with the range in my back yard and a few caught and released golden trout to my name. 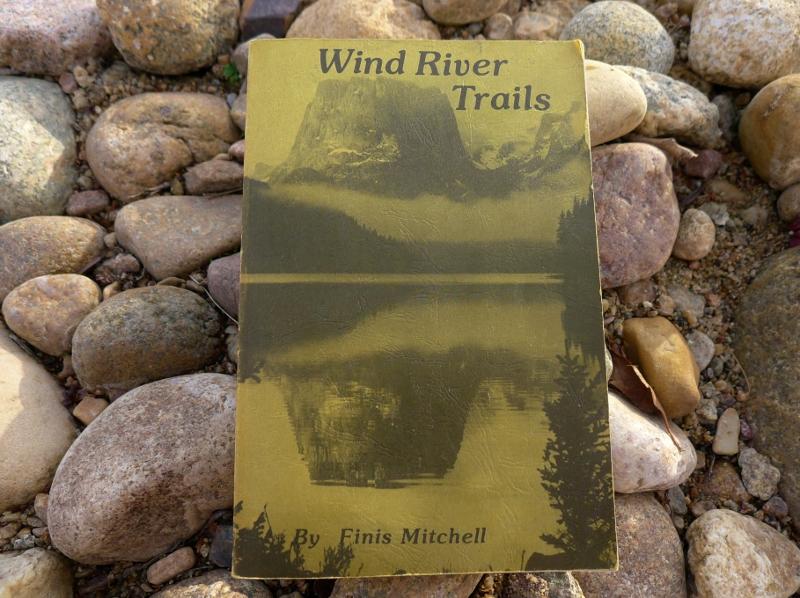 As I became initiated with the Winds I collected and reviewed all the latest hiking guides, maps, and content that I could find. I soon found out that one thing that wasn’t included in my library was the trail guide published in 1975 by Finis Mitchell, who moved to Wyoming with his parents in 1906. I quickly located a copy online and the book was on its way.

Quote
“I came to Wyoming from Missouri with my parents with a span of mules, a wagon and a cow. We arrived April 26, 1906 at the foot of the great 2-1/4 million-acre Wind River Range. Our worldly possessions were in that wagon and on our backs”

In 1930, Finis and his wife started a fishing camp at the southern end of the range near the Big Sandy Trailhead. Finis states in the book that when they initially started the camp, only about 5 lakes contained gamefish. Over the course of time that they ran the camp, they stocked an additional 314 lakes with various species of trout by packing them in on teams of horses carrying the 5 gallon cans that contained the fish. He was also an avid climber and became very familiar with what the range has to offer other than just fishing and lakes. Before he passed away in 1995, he had climbed nearly every peak in the Winds.

At 142 pages, the book is fairly short and a quick and easy read. The book starts with a short autobiography and a section on hiking information, and is then broken down into 17 sections by entrance. Most of the modern day trailheads are covered. Within each entrance section Finis describes the trails within that general area, occasionally throwing in examples of his own personal experiences. Finis - a man who at 73 twisted his knee in a crevasse and hobbled 18 miles to safety on crutches whittled from a pine tree - writes in a matter of fact almost stream of consciousness type of style. At times it feels like you’re across the campfire from him listening to someone tell you everything they know about the Winds, while throwing in a few amusing stories for good measure. Finis was also an avid photographer, and many black and white photographs are included in the book, along with pencil-sketched maps. Some of my favorite parts are the quotes from Finis that are thrown in along the way.

Quote
“A mountain is the best medicine for a troubled mind. Seldom does man ponder his own insignificance. He thinks he is master of all things. He thinks the world is his without bonds. Nothing could be farther from the truth. Only when he tramps the mountains alone, communicating with nature, observing other insignificant creatures about him, to come and go as they will, does he awaken to his own short-lived presence on earth.”

Surprisingly, much of the trail and route information is still quite accurate. However, if it’s your first trip to the range, I wouldn’t suggest relying on this book. It’s better served as a supplemental information source or just a really interesting read if you like the area, and especially if you like fishing in the area. I did find myself wishing that the book would have expounded a bit more upon the personal experiences and stories that Finis experienced rather than mostly focusing on trail and route descriptions, but there is indeed a wealth of information in the book and more than enough personal input from Finis to keep things interesting. As I plan a trip and return from a trip within the Winds, I frequently find myself sitting down with the book just to see what Finis had to say about the area and I think it’s a must have for any Wind River Range enthusiast.

If you're interested in the book, you can buy Wind River Trails at Amazon. 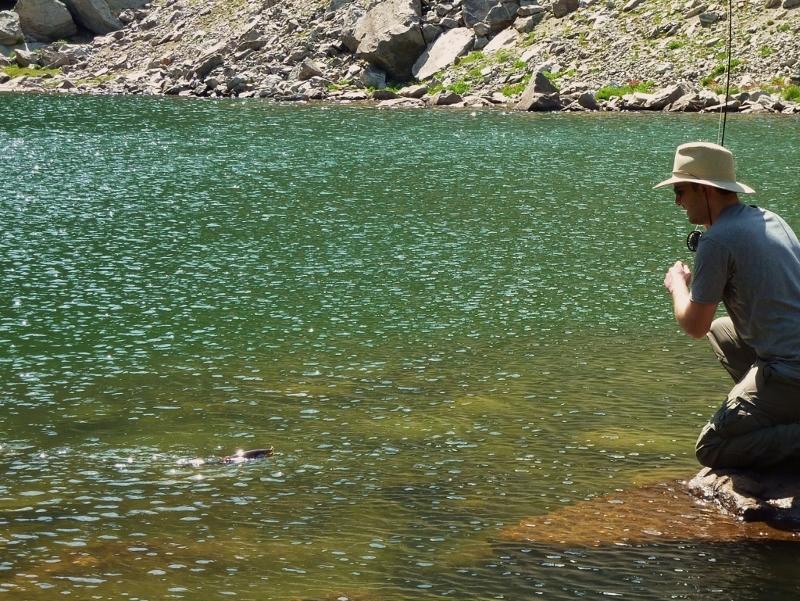