As a backpacker, I’ve found few things more enjoyable than hiking over a nameless and trail-less mountain pass to beautiful subalpine lakes with trout swimming in their frigid waters. In the mountain ranges of Montana, this isn’t too difficult a feat to accomplish, at least logistically. However, the physical challenge of gaining nearly a thousand vertical feet in well under a mile of horizontal travel is nothing to scoff at, regardless of your conditioning. With millions of acres of public land and hundreds of subalpine lakes, Montana is a veritable playground for those who like their trails lonesome and their lakes trout-filled. Although there are plenty of mountain ranges to choose from when planning hikes, I’ve found the eastern Pioneer Mountains well worth returning to for multiple visits. 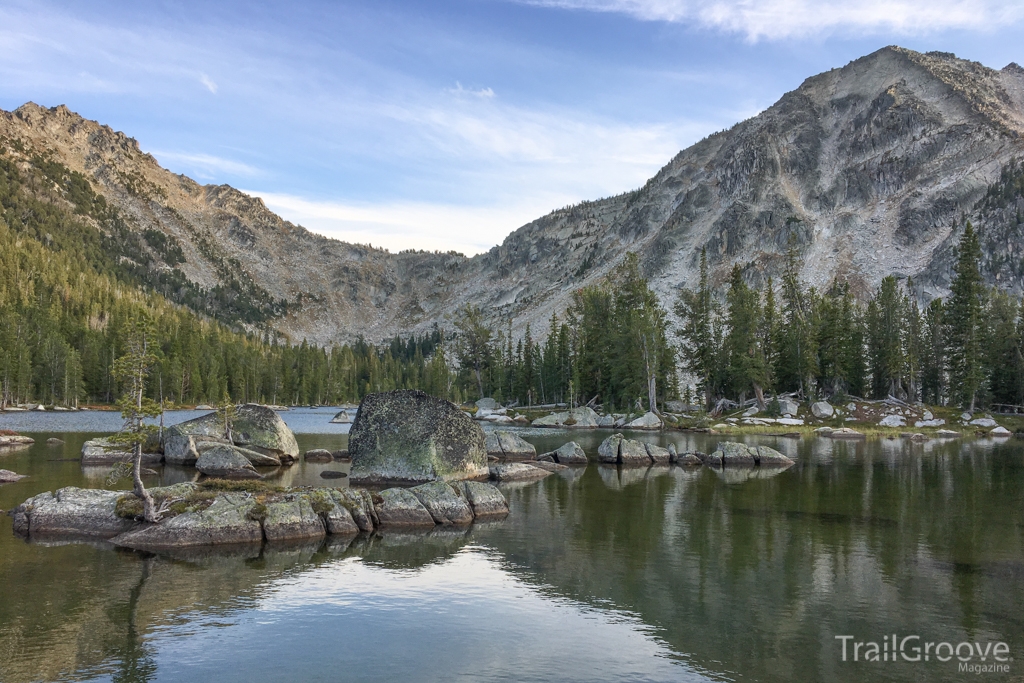 On a recent mid-September trip, for example, I passed eight lakes – seven of which had fish in them (six of which I actually caught fish in) – and crossed two mountain passes with wonderful views. One of the passes had a faint trail over it, the other was cross-country travel through fairly open subalpine forest. Surprisingly, even given the low population and massive landscape of Montana, I only encountered one other group during my three-day trip. For five of the lakes I stopped at, and one of the ones I camped at, I was the only person there. In an era of increasing permits and quota restrictions, and decreasing opportunities for solitude on public lands, to be able to have such a trip during a prime weather weekend was fairly lucky, but by and large such luck is not unusual in the Pioneers, at least in my experience. 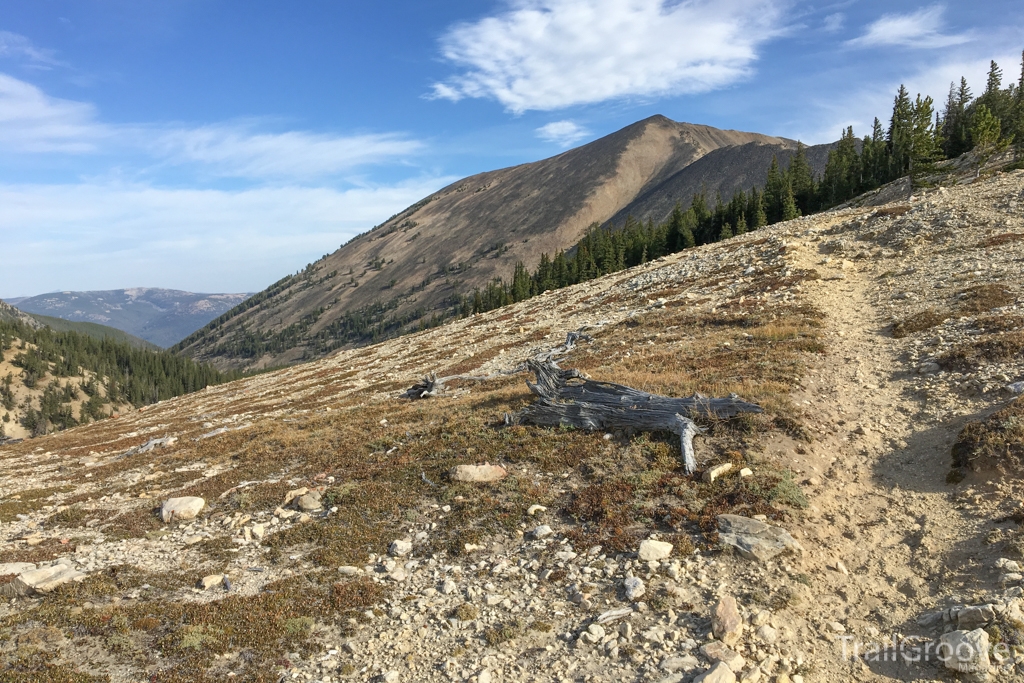 Lacking the “name brand” recognition of Glacier or Yellowstone National Parks (two of Montana’s biggest destinations for outdoor recreation), the Pioneer Mountains aren’t on the agendas of most tourists visiting the state. Their somewhat out of the way location in the southwestern part of the state, away from the few cities that are the centers of population, the Pioneers are mostly left to those who are relatively local or to avid backpackers and hikers in the state who can look at a map and recognize the wealth of opportunities for unbeatable hiking and backpacking experiences that lay within them. Although lacking in official wilderness designation, many of the trails in the eastern Pioneers are non-motorized and non-mechanized, allowing only foot travel and equestrian use. The western Pioneers, which are more subtle and lower in elevation, have more motorized and mechanized use but still have great options for hiking and backpacking. The primary trails in the Pioneers are in remarkably good shape and often have gentle grades and great tread, with some exceptions for the steepest sections up to certain lakes. 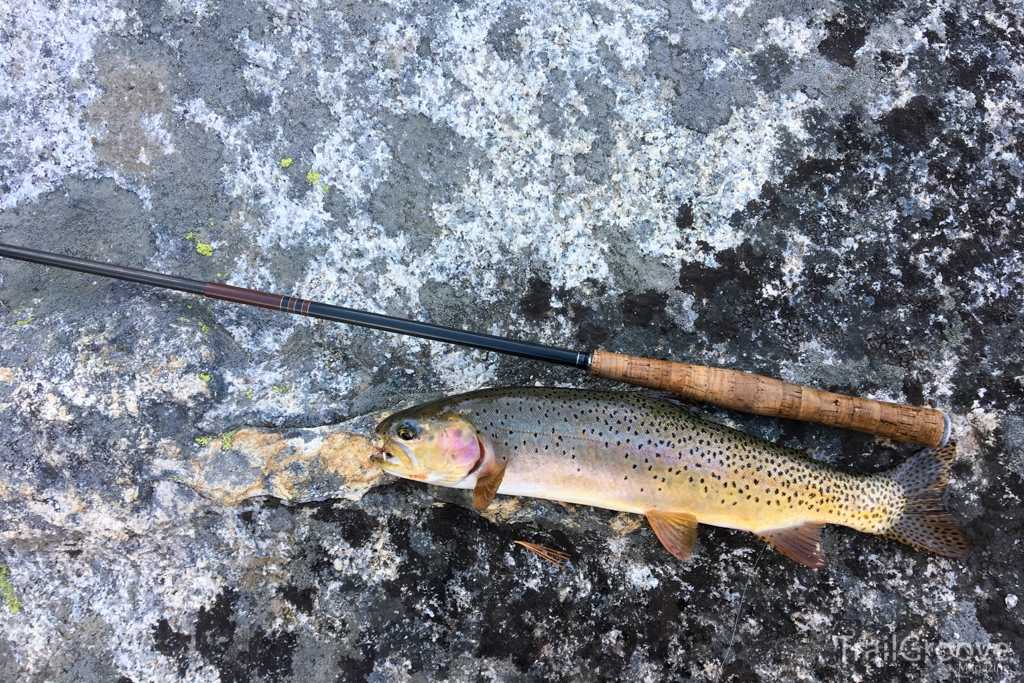 With many high mountain lakes (most lakes are at elevations between 8,500-8,950 feet) clustered fairly closely together, the eastern Pioneers are especially attractive for backpackers looking to spend some of their time fishing. Many lakes were stocked in the past, with some still seeing regular stocking, and cutthroats and rainbows (or hybrids) are the most common fish to catch. Catching trout 12-14 inches is not uncommon in many lakes, with some holding fish even larger. In my experience, trout in mountain lakes can frustratingly vary from striking virtually any fly thrown on the water to being exceedingly picky and fickle. This can even vary from lake to lake on the same day, and given how close some lakes are to each other this can mean that you can go from striking out to hitting a grand slam just by packing up and hiking a mile. 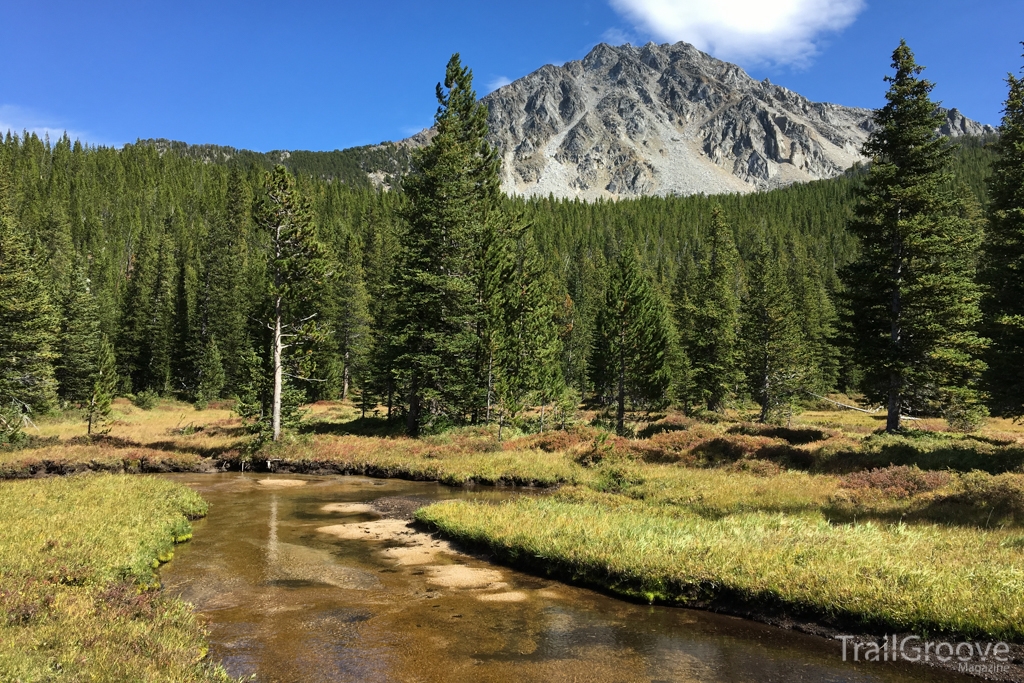 Although there are some nice campsites along creeks and tucked in the forest along the edges of meadows, for the most part the best campsites are at the lakes. Many offer excellent tree cover to shelter you from wind but still experience the subalpine scenery and majestic views of talus slopes stretching upwards to sheer cliffs and lofty mountain peaks. Several passes easily reached from the lakes provide breathtaking views, but routes up to peaks are relatively indistinct and can require significant scrambling or traversing on unstable talus. Hiking up to these passes, even if you don’t intend on crossing them, is well-worth the effort as a side excursion from a campsite at one of the lakes. 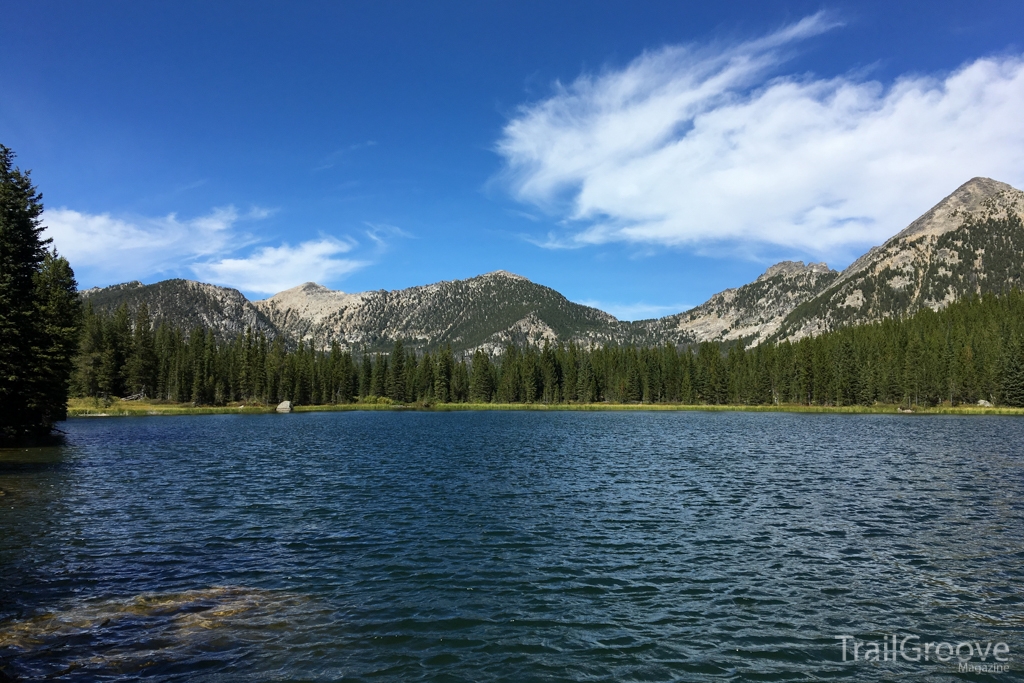 While the Pioneers lack any outstanding loop trips, no backpacker would be disappointed with an out and back trip to any of the lakes. The mileage seems to go quicker on the trail than it looks on paper, which is an unusual but welcome idiosyncrasy. Having a shuttle can make for particularly enjoyable trips, especially given that distances between trailheads along the Wise River Scenic Byway isn’t particularly long. A bike shuttle is even a reasonable option for certain trips, provided that the time and energy required are factored into the planning.


Information: No permits are required for hiking or backpacking, although rules regarding group size and duration of stay do apply. For specific information, please visit the Beaverhead-Deerlodge National Forest website.

Best Time to Go: Late June to mid-October is the best time of year to hike in this area. Early in that span includes the possibility of snow on the mountains passes and lingering around high mountain lakes (some of which may not be totally unfrozen), later in this span means the potential for chilly nights and early season snowfall. Mosquitoes can be unpleasantly abundant for a few weeks in July and August, although this is often when the wildflowers are at their peak. August and September offer generally pleasant weather and great fishing at the mountain lakes.

Maps and Books: The Beaverhead-Deerlodge National Forest (Central) map provides a non-topographical overview of the area and is a good resource for planning general routes. Maps for specific areas should be printed out via Caltopo or a similar resource. Exploring Montana’s Pioneer Mountains by Leroy Friel is one book that covers the area. Hiking Montana (a Falcon Guide) also covers a few hikes in the Pioneer Mountains, as does 100 Classic Hikes: Montana by Douglas Lorain.