The forested slopes of southeastern Oklahoma’s ironically named Sans Bois Mountains provide the backdrop for much of the excitement in “True Grit,” a novel by Charles Portis and two major motion pictures (1969 and 2010). You wouldn’t know it though, for the mountain peaks shown in the films suggest places farther west. Indeed, the movies were filmed in Colorado and New Mexico, but pursuing outlaws in post-Civil War Indian Territory, as the main characters are portrayed as doing in “True Grit,” was not just one of Hollywood’s fictional creations. 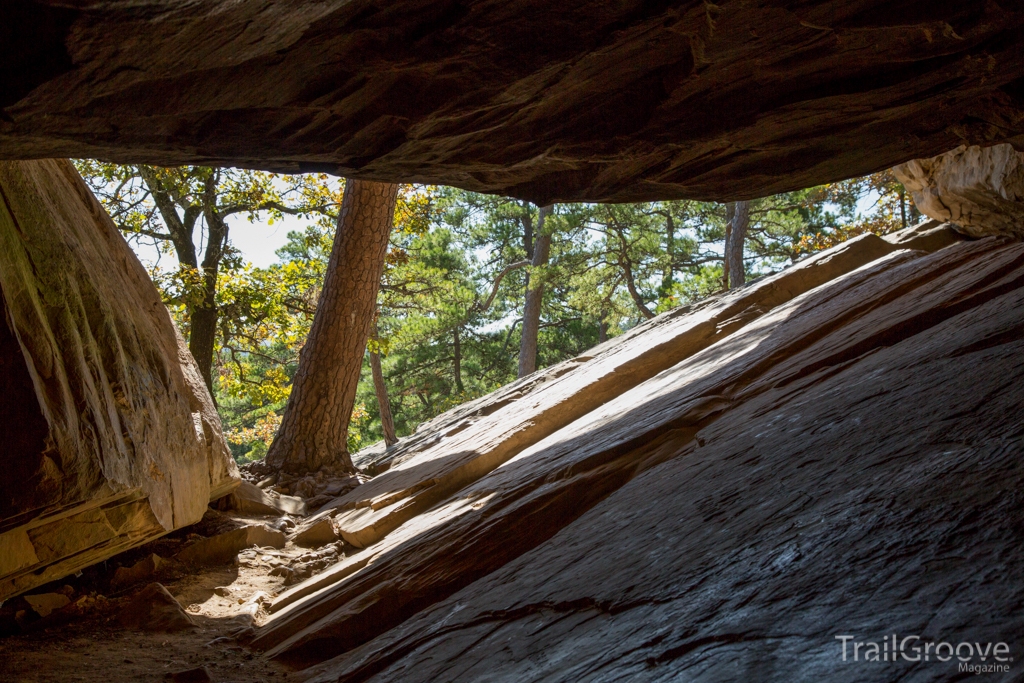 Here in the foothills of the larger Ouachita Mountain range, deep forests and rugged terrain did indeed shelter folks on the wrong side of the law during and after the Civil War. During that conflict, deserters found refuge in these isolated backwoods. And for many years after the war, Indian Territory maintained a reputation for lawlessness. Legend has it that unsavory characters such as Jesse and Frank James, the Doolin Gang, and Henry and Belle Starr hid out in these parts, some even living in sandstone caves in the cliffs of the Fourche Maline River. Whether or not any of these notables ever used it as a hideout, the name “Robbers Cave” seemed apropos for the signature feature of this Oklahoma state park when it was built by the Civilian Conservation Corps along the banks of the Fourche Maline in the 1930s.

As for the decidedly wooded mountain range named Sans Bois, which is French for "without wood,” a creek with very little timber and its source in these mountains is said to have given the range its name. The dense forest is dominated by short-leaf pine and post oak, hickory and cedar, with dogwood and redbud adding color to the landscape. 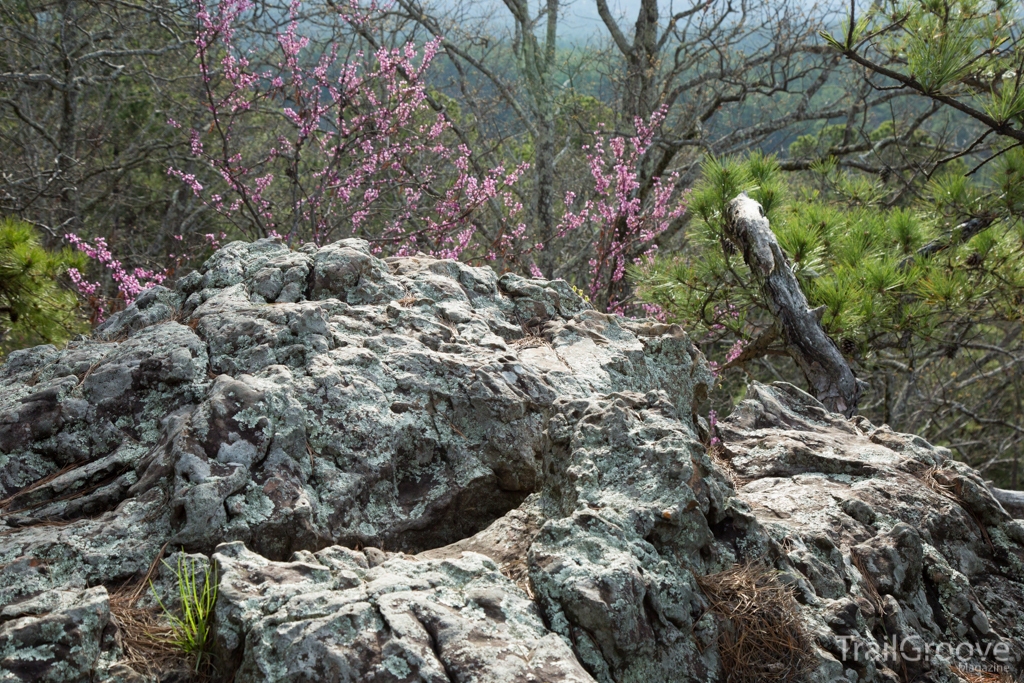 All of this makes for excellent hiking, with challenging terrain and beautiful scenery, and the cave itself is a must-see, although not a cave in the true sense of the word. Robbers Cave is more a crevice created by the shifting of inclined layers of sedimentary rock. It is easily accessed from a parking lot on the northeast side of the park via a short but steep climb. Whether or not Belle Starr ever set foot in it, climbing up, sitting inside and peering out is a satisfying accomplishment. No less interesting are the rock formations below the cave, which create narrow passageways reminiscent of slot canyons. It’s a worthwhile place to spend some time. 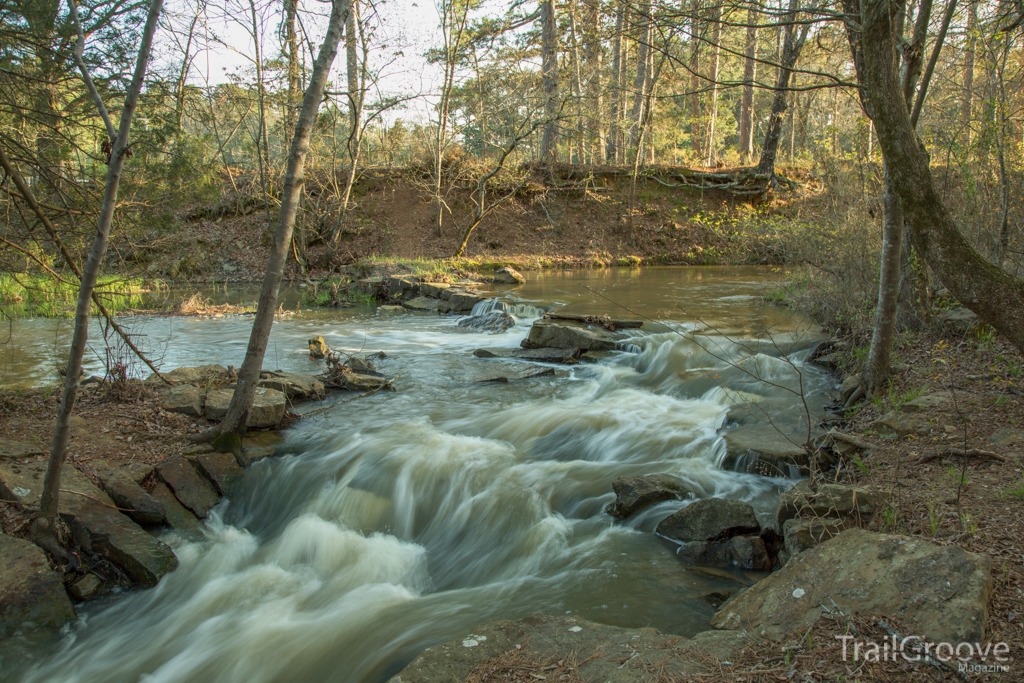 The Rough Canyon trailhead is adjacent to the cave parking lot, and what hiker could resist a trail called “Rough Canyon”? The first mile lives up to the “rough” appellation with lots of rocky uphill, briefly running along a stream before opening up, then flowing into a dense pine forest. The trail continues uphill then intersects with the Cattail Pond Loop, which incorporates a stream crossing and circles the eponymous body of water, passing a primitive campground before it turns toward lovely Lost Lake. Surrounded by maples and covered with lily pads, this is an intensely beautiful spot in the fall, and its rock dam and attendant stone structure are worth investigating. The trail continues with lots of rocky downhill, returning to the cave parking lot for a total of about four miles. These trails can be mixed and matched for various distances and, on the west, they connect with the park’s 4.8-mile Mountain Trail. 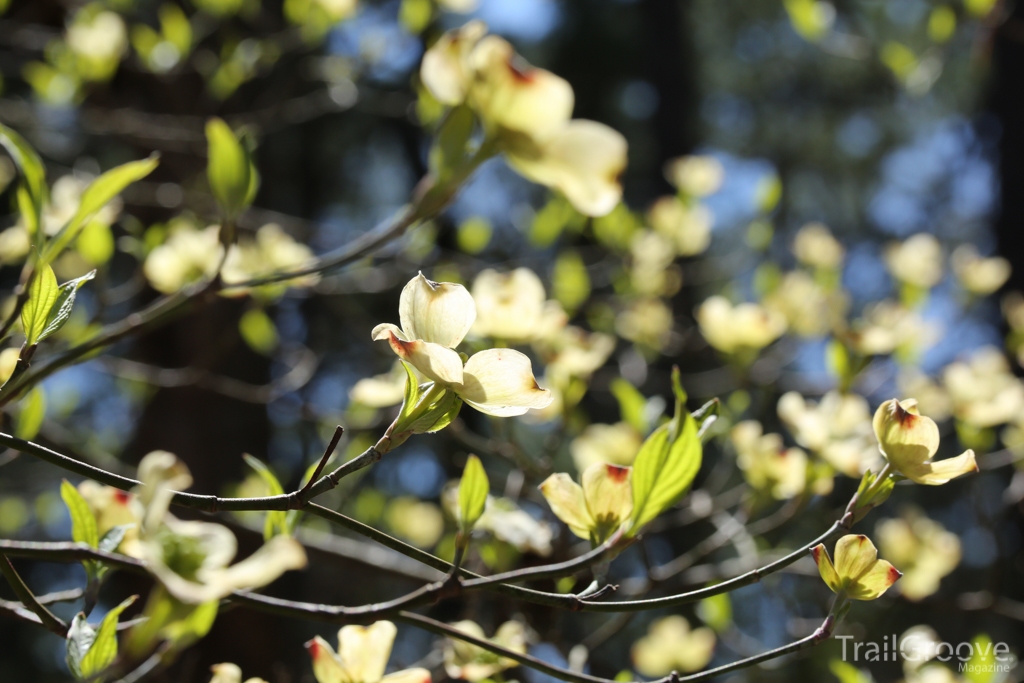 On the park’s southern end, the Deep Ford Campground serves as the primary starting point for the Mountain Trail. This is really the park’s signature trail, tracing the western shores of Lakes Carlton and Wayne Wallace before connecting with the Rough Canyon Trail. Finding your way can be difficult in spots, however. As the trail climbs above Lake Carlton, it is easy to veer off course, confusing the well-worn spur to the bluffs with the main trail. The bluffs must be explored, as the view is breathtaking, but remember that the main trail goes above the bluffs, not below. Other hiking and equestrian trail branches also create confusion along the way and the park maps are not all that helpful. But if you sort it out, you’ll come to the Rocky Top primitive campground on the northern edge of the Mountain trail, near the intersection with the Rough Canyon Trail. 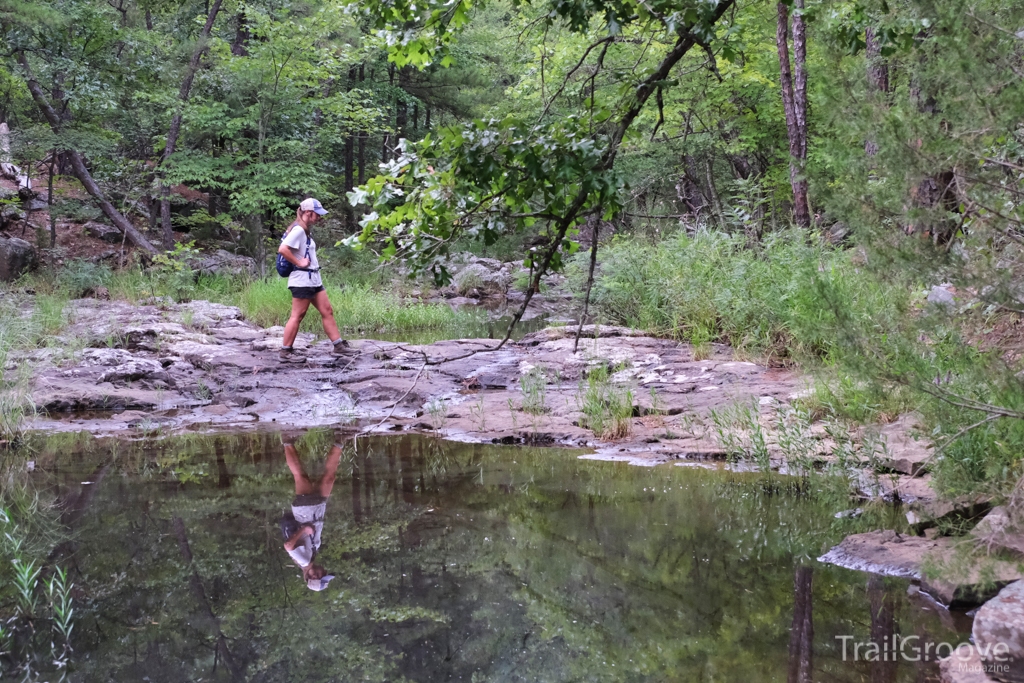 A multi-use trail connects with the Mountain and Rough Canyon trails, allowing creation of an overnight backpacking loop of about 11.5 miles in length. Robbers Cave is also perfect for day hiking, with abundant campgrounds and cabins built in the 1930s in National Park Service rustic style.

In fact, the park is so full of intact historical structures that it is listed on the National Register of Historic Places. After a vigorous hike, take a leisurely walk to explore such structures as the 1936 bathhouse on Lake Carlton, now serving as the park’s nature center. And, with its huge sandstone rock faces, Robbers Cave State Park is a popular destination for rock climbers. 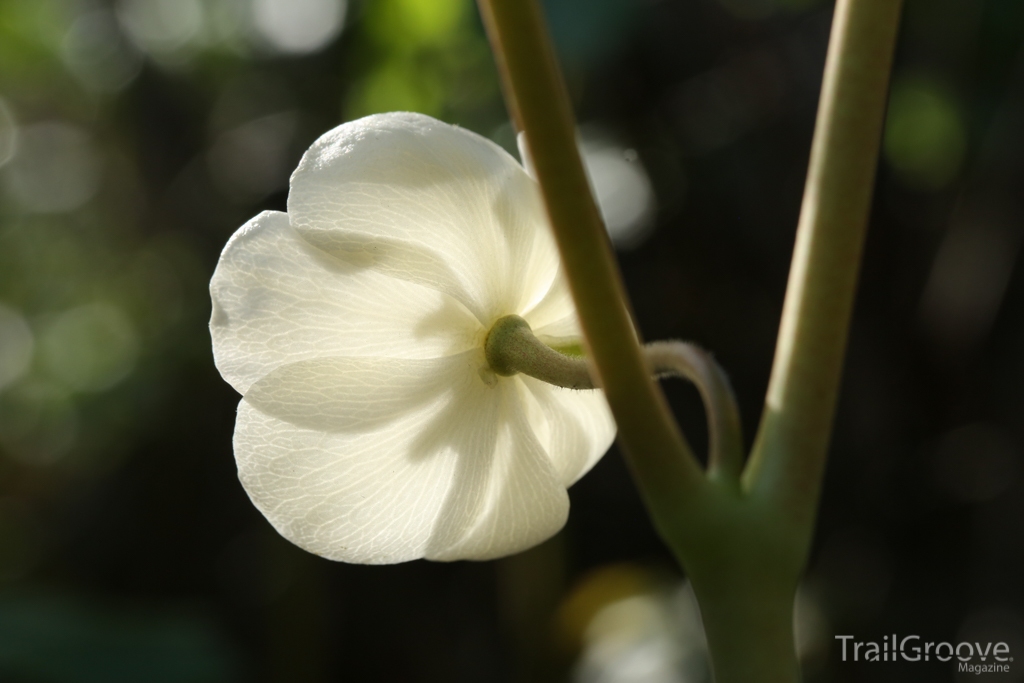 While you’re unlikely to find any outlaws hiding out there these days, hiking at Robbers Cave State Park, near Wilburton, Oklahoma, offers a taste of the backwoods that attracted those renegades 150 years ago and perhaps a glimpse into what life on the run might have looked like in those cliffs above the Fourche Maline.

Information: There is no fee to access the park but a $10 per day parking fee is charged (annual parking passes are also available). Parking is, however, included in fees for cabin/lodge room rental or camping. The park offers ample camping, including 86 primitive tent campsites. Tent camping in backcountry campsites and campgrounds is $16 per night. Make reservations, obtain a parking pass and get complete park information here.

Getting There: Robbers Cave State Park is located five miles north of Wilburton, Oklahoma on State Highway 2. Wilburton is about 160 miles from Oklahoma City, 130 miles from Tulsa, and 75 miles from Fort Smith, Arkansas.

Best Time to Go: Spring and fall are the best times to go thanks to cooler temperatures and more color in the landscape (dogwood and redbud in spring and maples and other hardwoods in fall). Winter is also a very good time to go, as temperatures are usually mild. In the summer, while ticks and poison ivy can be annoying, the trails are generally well groomed and shady, so hiking then can be pleasant as well.

Maps and Books: Oklahoma Hiking Trails by Kent Frates and Larry Floyd, and True Grit by Charles Portis. The Oklahoma Delorme Atlas and Gazetteer can help with getting to and from and exploring the area. The Ouachita Maps web site offers topo maps and detailed hiking directions. Also see the Robbers Cave Historical Walking Tour.