Pad Thai with Chicken from Backpacker’s Pantry takes their most popular dinner – the vegetarian Pad Thai – and adds chicken with a “meal kit” including a lime packet and Sriracha powder, so you can customize the meal to your personal tastes. Right off the bat, it stands out that the meal packs a punch in the calorie department (for a pre-made backpacking meal at least), at 840 calories total. 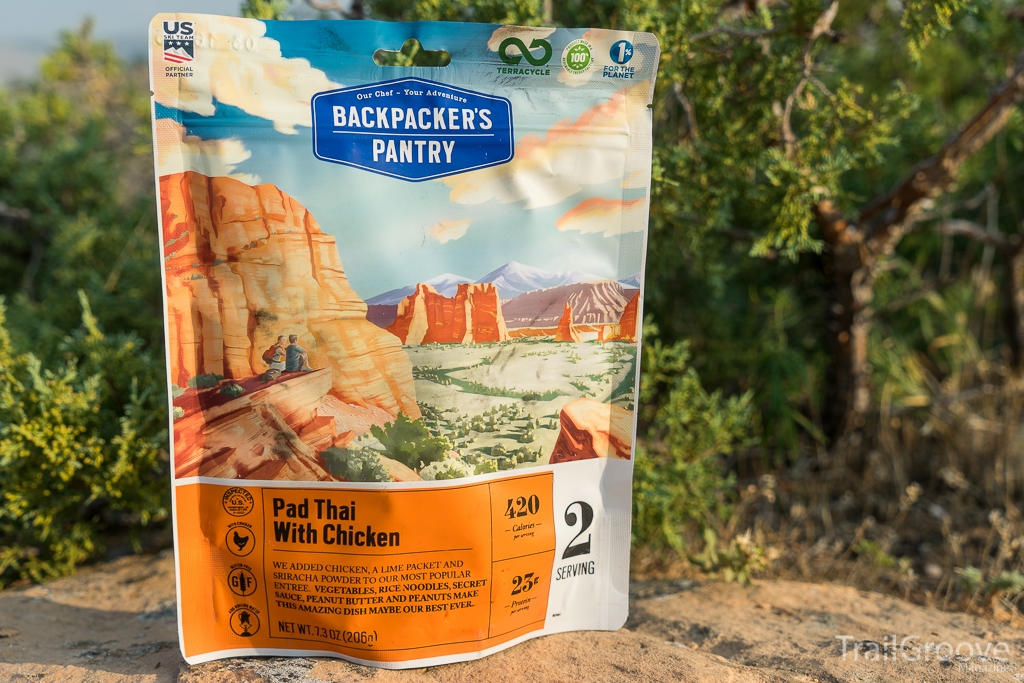 As I’m personally a fan of a meatatarian meal for dinner when I’m on the trail (after all, breakfast and lunch are usually vegetarian for me just by accident), I’ve always passed on the previous vegetarian version of Pad Thai from Backpacker’s Pantry, despite the fact that it's always been one of their most popular offerings. With the recent addition of a chicken option however, I went ahead and gave the meal a go around in the TrailGroove trail kitchen. 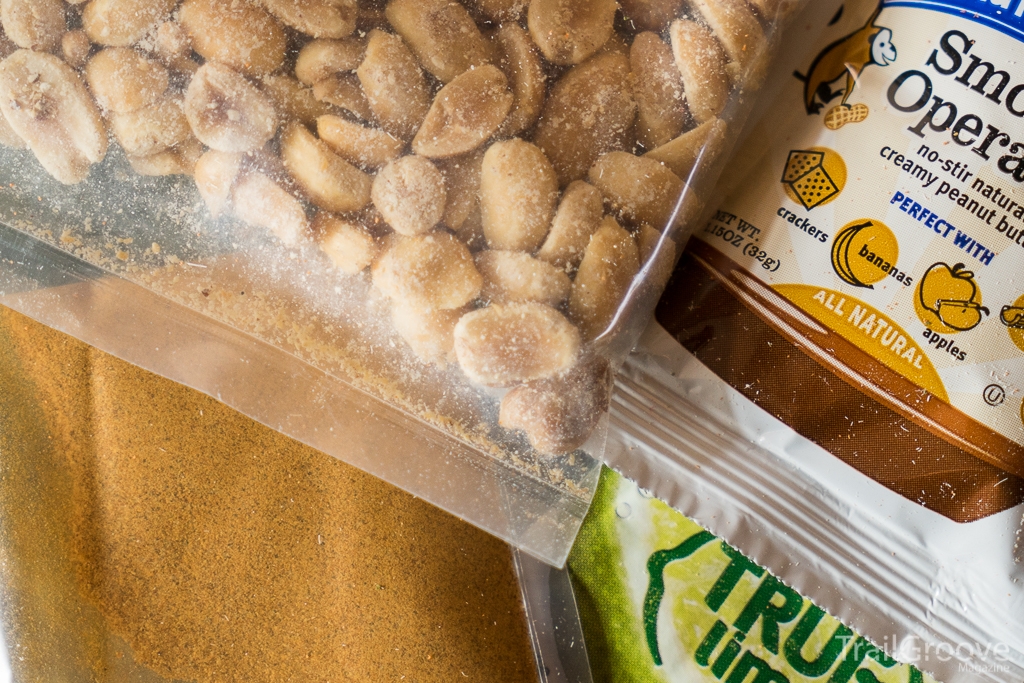 If you’re one that likes an easy to make pre-made backpacking meal but still likes to do a little doctoring, this might be the meal for you. Upon opening the package you are presented with the typical backpacking meal contents and oxygen absorber, but also inside is an additional bag containing peanut butter, peanuts, and the previously mentioned lime packet and Sriracha powder. The peanut butter is added when preparing the meal and the peanuts add some crunch as a topping later…and both help push the calorie count up on this one. 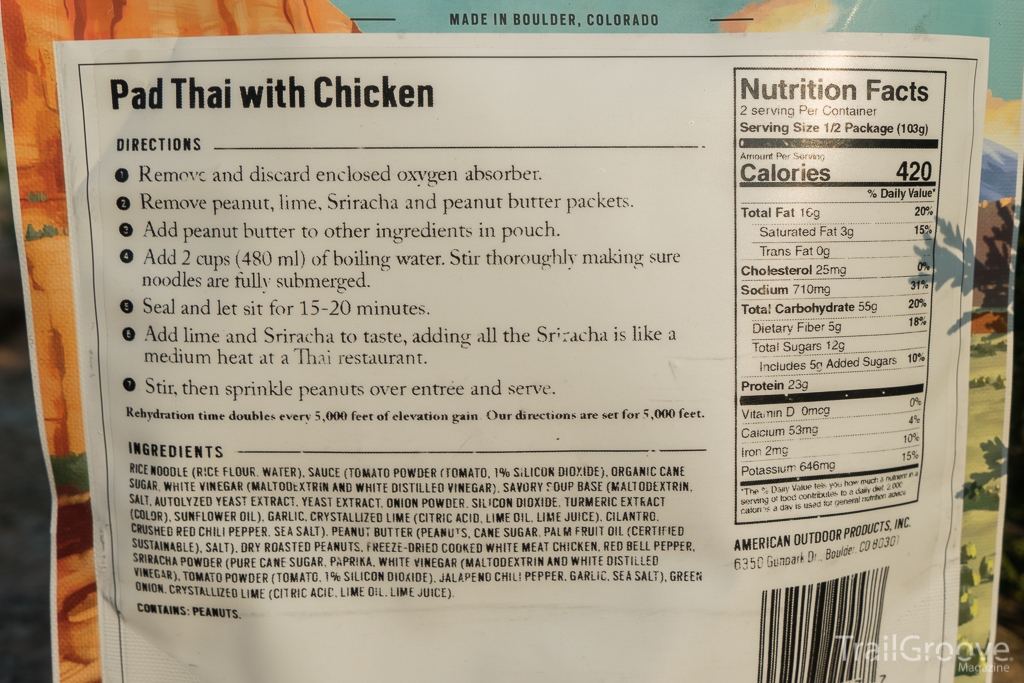 After rehydration, the consistency of the meal is good – no soup here, just a hearty blend of ingredients that go together pretty well. For me personally, I didn’t find the lime packet to work too well with the meal and frankly, I think it could have been omitted entirely. The Sriracha powder however, is simply amazing and really packs the flavor with a little spice as well. The peanuts are a nice addition that bring the crunch factor that’s usually missing from these types of meals. 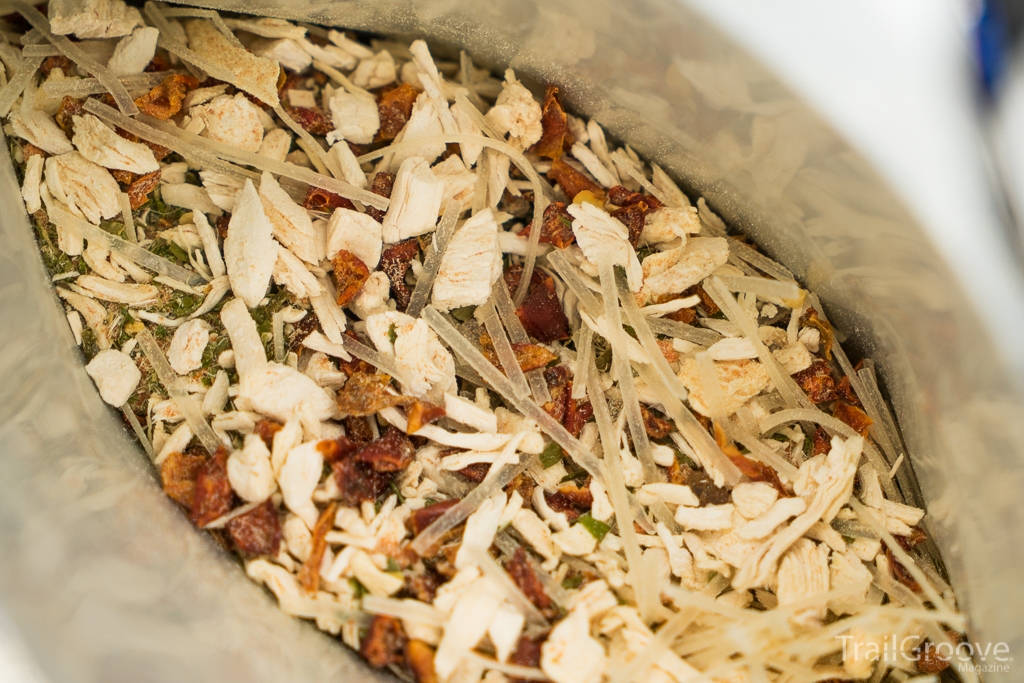 Flavor wise, the meal is good – I would say it’s a little high on the tomato flavor for an Asian type meal for me however. With the spaghetti-like rice noodles that are ingredient number one, combined with the tomato sauce / powder that is ingredient number two, the meal was a little too reminiscent of spaghetti and tomato sauce for me…though with some other Asian themes mixed in. However, overall the meal does taste good, can be doctored as one wishes, and has a reasonable mid-range price at $11 MSRP and is on the high side of the calorie count at 840. 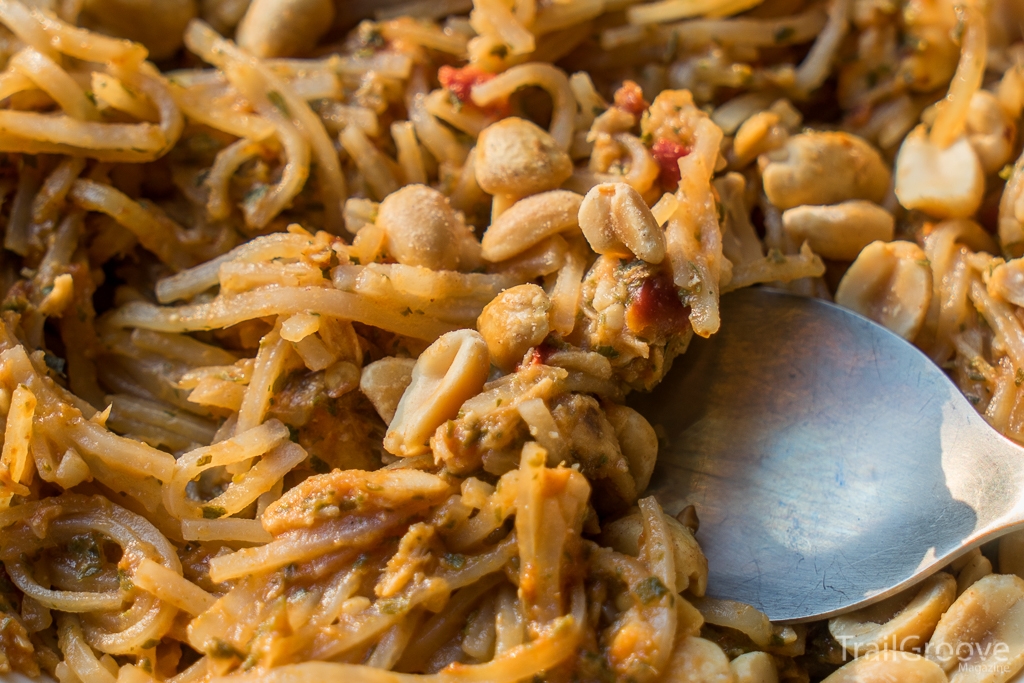 While my favorite Asian themed backpacking meal from Backpacker’s Pantry, and one of my favorite pre-made backpacking meals of all time is still their Pad See You with Chicken offering, it's unfortunately just been discontinued. I wouldn't say that this new offering will replace it on my list of favorite meals of all time, but this will be a nice one to work into the dinner rotation every now and then. Backpacker's Pantry Pad Thai with Chicken retails for $11 and can legitimately feed a couple hikers with average appetites. Find it at Backcountry.com as well as here at REI.