Originally published in 1968, Desert Solitaire is a work of non-fiction describing Edward Abbey’s experiences during a season while working as a park ranger - at what was then called Arches National Monument in Utah, before the Park and before the paved roads. 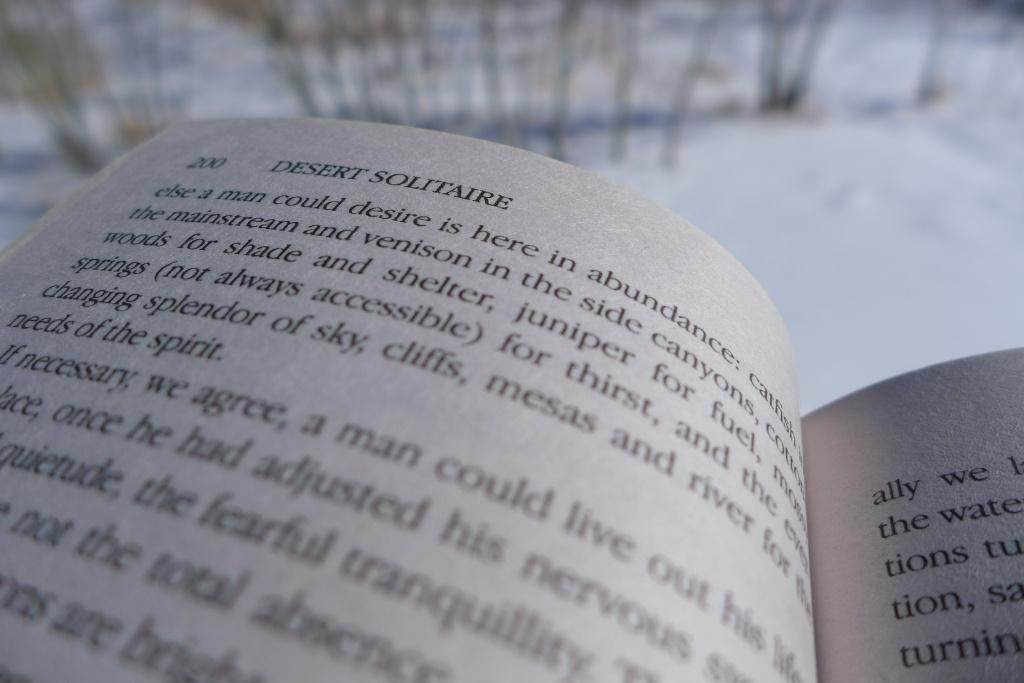 The book is an American classic and is likely already on many bookshelves of those who appreciate the natural world, and I read the book for the first time many years ago. It had been long enough to read again however, and as we change so too can change our interpretation and what we’re able to take away from a great book. With snow and perhaps a touch of cabin fever currently settling in, I recently re-read the book and was surprised at just how different a read it seemed to be for me the second time around.

As you read through the book Abbey seems to lure the reader into the desert landscape with a descriptive writing style – it’s almost as though you can see, hear, smell, and feel everything that’s being described as you’re transported to see the desert as Abbey saw it almost 60 years ago. The book seems quite personal, at times almost as though you’re reading Abbey’s personal thoughts that were recorded in a journal by a campfire at the end of the day. At other times you’re taken along for the ride as Abbey explores the surrounding countryside…Down rivers, up mountains, through canyons, and across the desert. As you progress through the chapters the book seems to build, at times with an addicting amount of suspense, and Abbey weaves philosophy, thoughts on culture, and humor throughout the text. Environmental issues affecting his part of the desert and nature as a whole aren’t left behind; a book about conservation without sounding or being green. One man’s relationship with the land…But it’s complicated.

The book is many things, and isn’t without contradiction, paradox, controversy…Edward Abbey isn’t the type of writer who’s afraid to tell you how he really feels and isn’t someone to mask the truth. And there are some things I didn’t agree with, but I get the feeling that would probably make the author happy. In the end the book will keep you turning the page and isn’t exactly a difficult read, but the thoughts and the ideas that are subtly woven throughout the story will keep you thinking well after you’ve read the last sentence. One of the better books you might ever read and in my opinion, required reading for any outdoor enthusiast with an appreciation for what life and nature have to offer, and if you like the book, it's worth reading the Monkey Wrench Gang by Abbey as well - two very different books with different approaches and perspective, but both quite entertaining southwest reads nonetheless.

You can find Desert Solitaire at Amazon.com for about $10.