After reviewing the PowerFilm USB+AA solar charger back in Issue 7, I thought I’d take a look at a different lightweight solar charging solution, this time from Powertraveller - a UK based company that offers an assortment of solar and other electronic products. Their Powermonkey Explorer kit consists of 2 main parts – The battery (Powermonkey) and the solar panel itself (Solarmonkey). The solar unit is comprised of two separate solar panels encased in plastic that fold together in a clamshell arrangement to protect the panels when not in use. 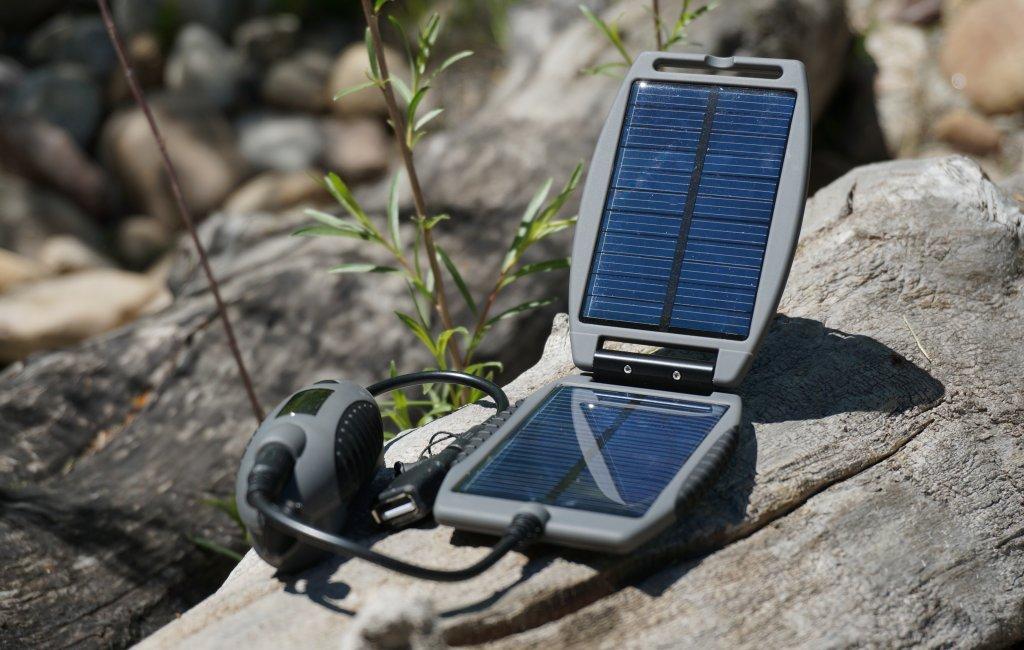 While I was mostly interested in the solar charging aspect, you can also charge up the battery via a normal electrical outlet or by USB. International power adapters are included for this purpose if needed, and various adapter tips are also included that allow you to charge a variety of devices. I was essentially only interested in one of these adapters – USB. 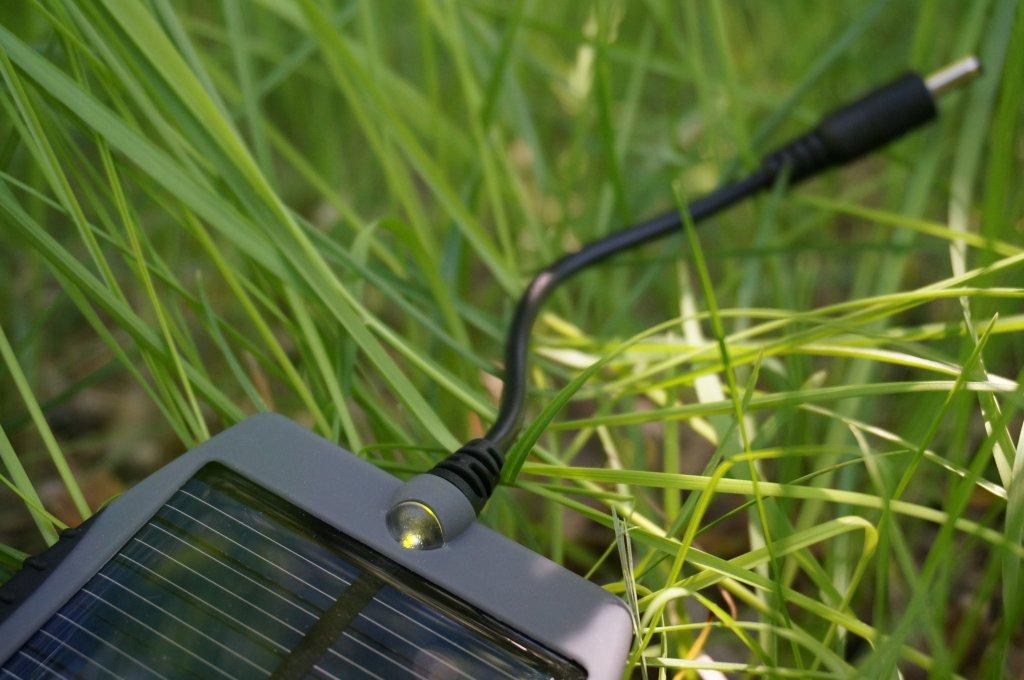 The panel has a green LED to let you know when it’s receiving enough light to provide power, and a Velcro strap is included allowing you to attach the panel to a pack for charging, though if you have Velcro ice-axe loops on your pack like I do or something similar, you can leave the strap behind if you wish. The 2200mAh battery has an LED indicator as well – Red tells you that the battery is charging, and when fully charged the LED turns green. A digital display with 7 bars indicates the charge level as well as charging and discharging status. Short-circuit and over-charging protection features are built in. The panel weighs just 3 ounces, the battery 2.7 ounces, and the USB adapter weighs .3 ounces for a total system weight of 6 ounces in USB mode, without the Velcro strap. Of course, this doesn't include any additional adapters or charging cords that you might need to bring along in order to recharge all of your devices in the field. The device is water resistant, but not waterproof and Powertraveller advises against leaving the device exposed to rain for extended amounts of time. 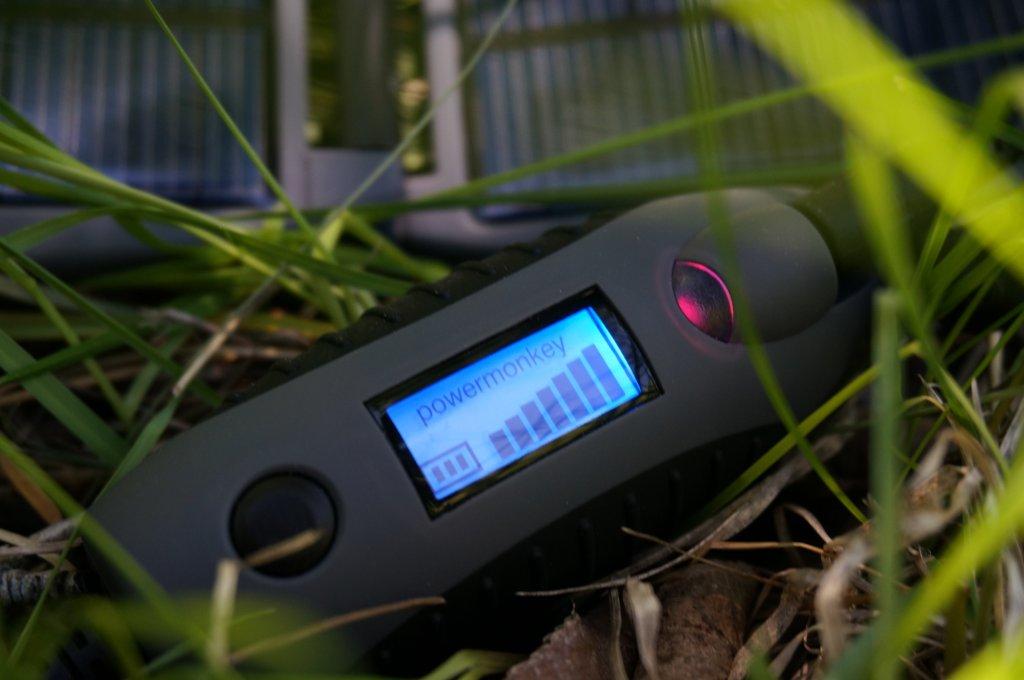 With an empty battery, it took 12 hours to fully recharge the Powermonkey using the solar panel in direct sun. This full charge was able to recharge an iPhone 5 with a fully drained battery from 0 – 77%, so while the battery holds a decent amount of power, recharging does take a while. With this in mind you’d definitely want to start a trip with a battery that you’ve fully charged at home, then use the solar panel to keep things going as needed in the field – Charging the battery by day, then using the battery to recharge your device(s) at night. My headlamp utilizes a single AA battery and I wanted to the ability to recharge a camera battery that can’t be charged in the camera via USB, so I needed help. I eventually settled on the lightweight iGo 2 Position AA USB Charger (.8 ounces, $10) and the even lighter Lenmar PPUClip (.4 ounces, $6) battery charger as solutions. Both worked great and could be used with any system of your choice that provides USB power to keep your AA and camera batteries charged up in the backcountry. 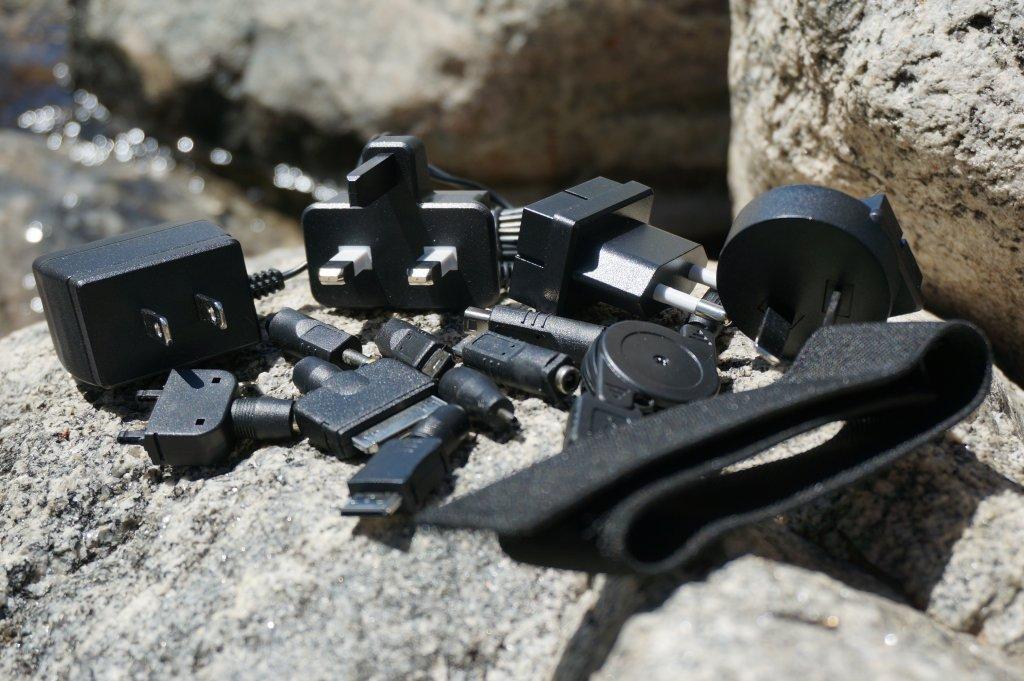 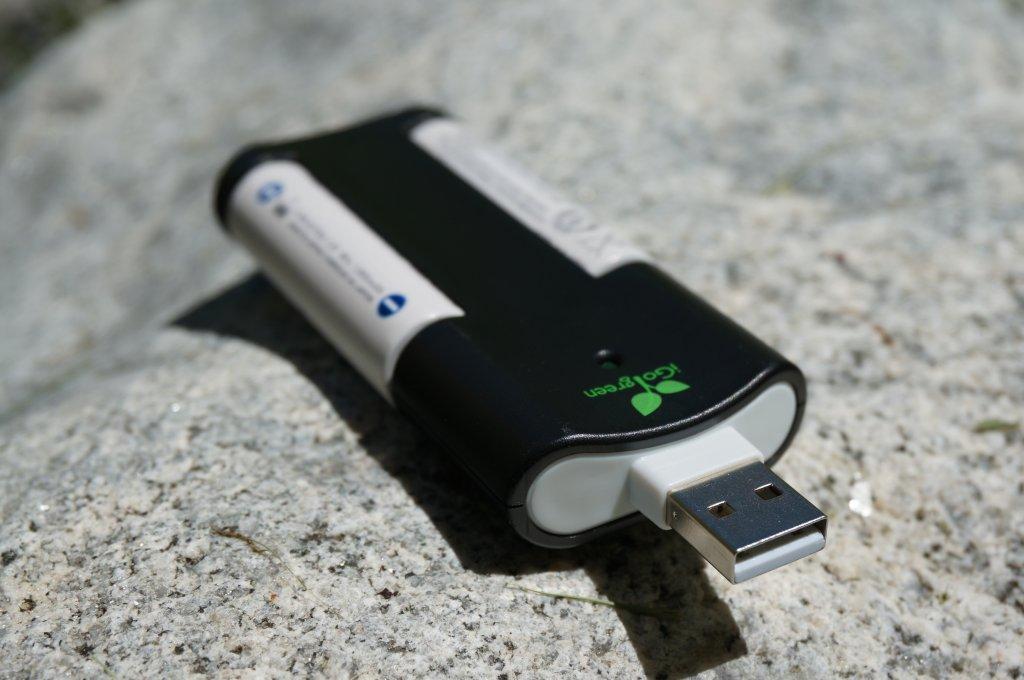 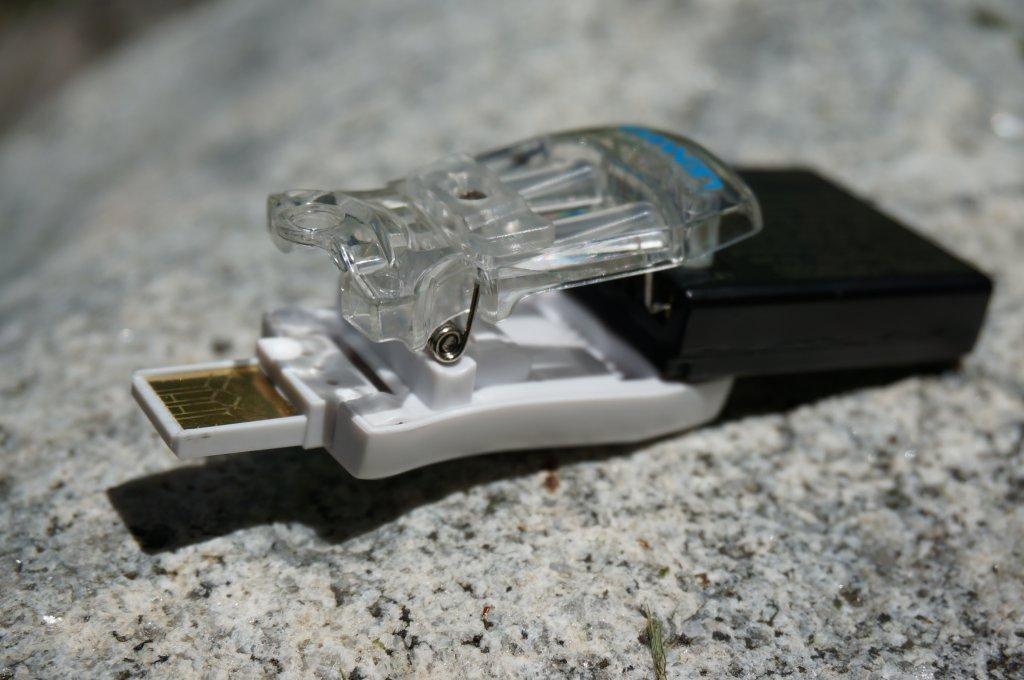 Though the manufacturer doesn’t recommend it since the panel itself has no protection circuitry built in, I had heard reports of others being able to charge devices directly from the panel without using the battery at all. Considering that the panel and USB adapter combined weigh only 3.3 ounces, I thought this method could be a great superlight solar solution… though without the battery you’d be forced to be in full sun while charging. However, I wasn’t able to ever get this to work right. Phones complained of charger incompatibility & the AA / camera battery charger described above simply reported a charging fault and refused to charge. Perhaps this would work with another type of device that didn’t recharge via USB, but for my needs using the battery as a buffer as suggested was definitely needed. 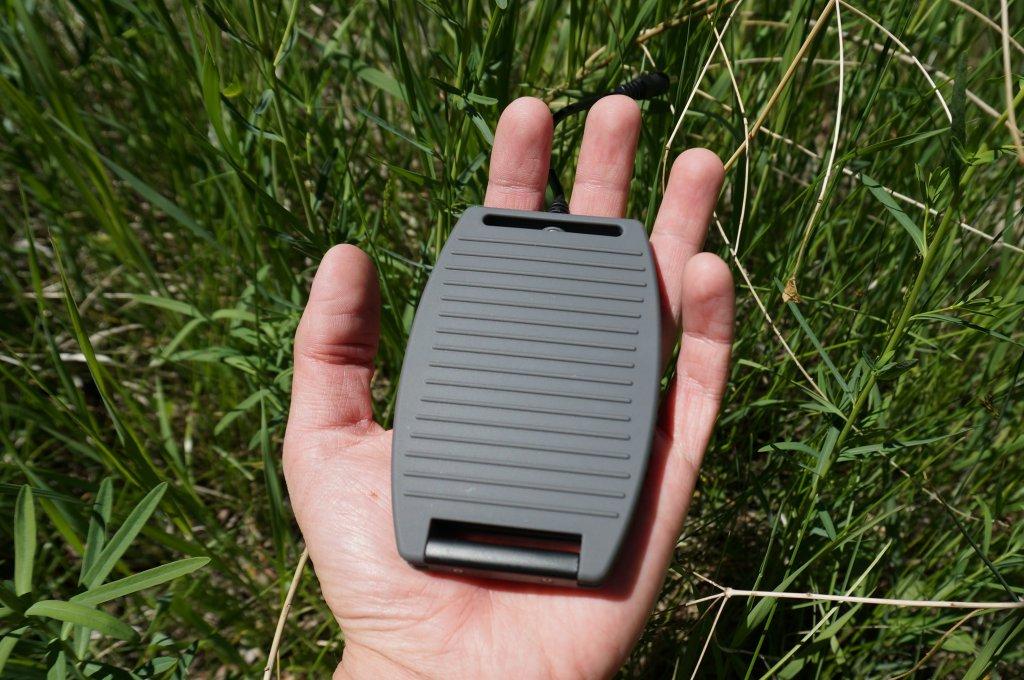 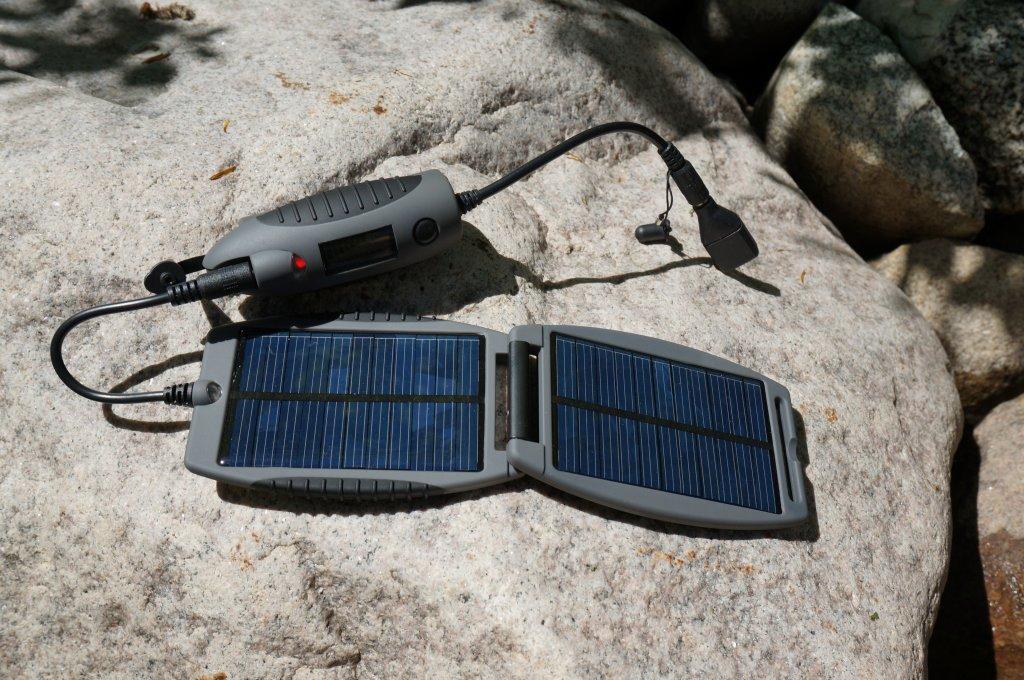 The multiple parts of the Powermonkey Explorer do seem a bit cumbersome, and the connections between the battery, panel, and adapter aren’t all that secure and come loose easily. Though a few strips of tape can quickly solve that problem, if you’ll need additional parts or adapters for what you carry along the separate pieces keep adding up. On the other hand, while taking only the panel isn’t really an option as I tried out earlier, the multiple part system would allow you to only take the fully charged battery without the solar panel if you wanted – Saving a little weight compared to the entire system and allowing you to either have a backup just in case, or to top off devices prior to your return until the Solarmonkey’s battery was exhausted.

Overall the system proved to be a solid product that was reliable and just seemed to work. You won’t be running an entire basecamp with this setup, but in sunny environments the system would be great for the solo hiker or a two person group who aren't really heavy backcountry electronics users. However, for devices with swappable batteries, it might make more sense to just bring spare batteries along depending on how much you’re using your device and trip length.

The PowerMonkey Explorer Solar Charger can be found for about $100, but occasionally deals can be found. Check it out by following the links below: