While the Cosmo headlamp doesn’t sit at the top of Black Diamond’s headlamp line, it very well may offer the best feature to price balance while offering just about everything you need in a backpacking headlamp. After using the higher end Spot 325 light that includes a few more features, I decided to give the Cosmo a try this year simply because, it’s simpler. 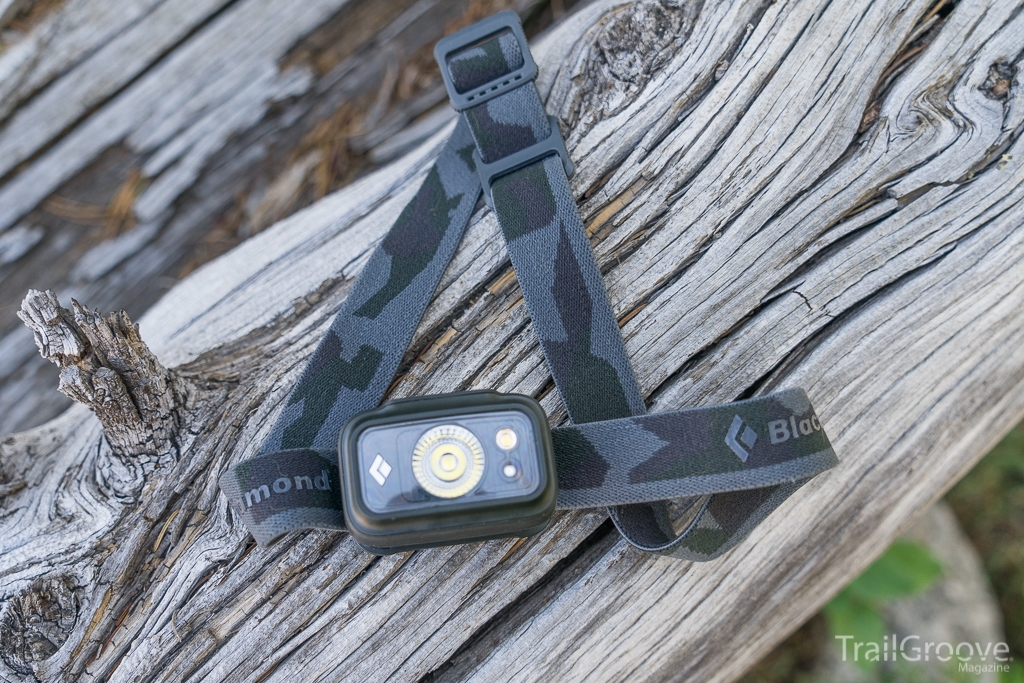 The Black Diamond Cosmo is backcountry light designed around Black Diamonds familiar form factor, and offers a spot beam, a wide beam, plus a red light option. The spot and flood beams are both activated in order to provide maximum brightness, which will vary depending on your version. I’ve been testing the Cosmo 250 – subsequently providing 250 lumens at maximum brightness. For better or worse, nearly as soon as you order a Black Diamond headlamp and use it on your first trip it’s probably out of date, and the latest version of this light, the Cosmo 300 offers a small boost up to 300 lumens at maximum brightness. The Cosmo can be locked out so it doesn’t come on in your pack during the day by pressing both buttons on top simultaneously for a few seconds, same to unlock. The light weighs 2.95 ounces (measured with 3 AAA Eneloop batteries). The light is considered waterproof with an IPX8 rating, although as with many Black Diamond lights, water can still enter the battery compartment and this area will need to be dried out after use in the rain. 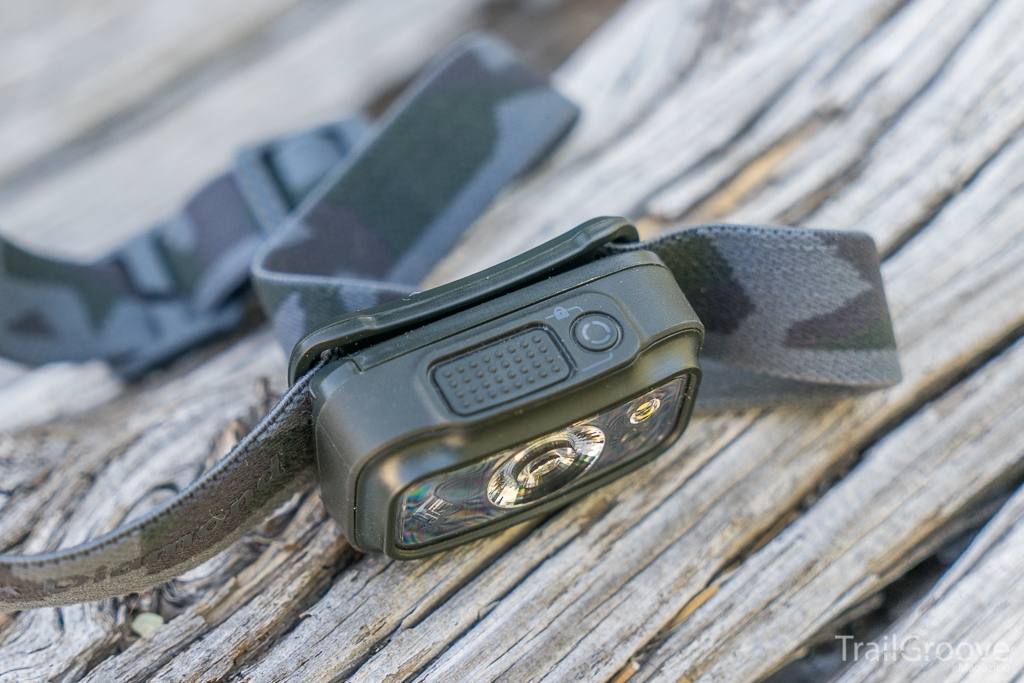 As previously mentioned, I’ve been using the light with rechargeable Sanyo Eneloop batteries, which makes getting ready for a trip easy as I can simply top off the batteries on the charger at home to make sure I’m leaving with a fully charged light. One thing I actually like about the Cosmo is that it does not have Black Diamond’s Power Tap feature (as you can find on the Spot). Power Tap is a feature that ramps up the light immediately to max power when you touch the side of the light, but in the field I’ve found accidental activations with this feature are common, especially when using the light handheld. The Cosmo has no such feature, so no blindingly accidental instant max power activations when you’re just trying to read a book in the tent. On the Cosmo you can ramp up to max brightness after turning the light on by using the top button and using a (second) long press. This works in spot mode, but since your previous settings are memorized, if you’re using the red LED or white flood LED it will only ramp up the red light or the flood to maximum brightness. It would be a nice if you could go from red / flood to maximum (white light) brightness from modes other than spot as well without having to utilize the secondary mode button. 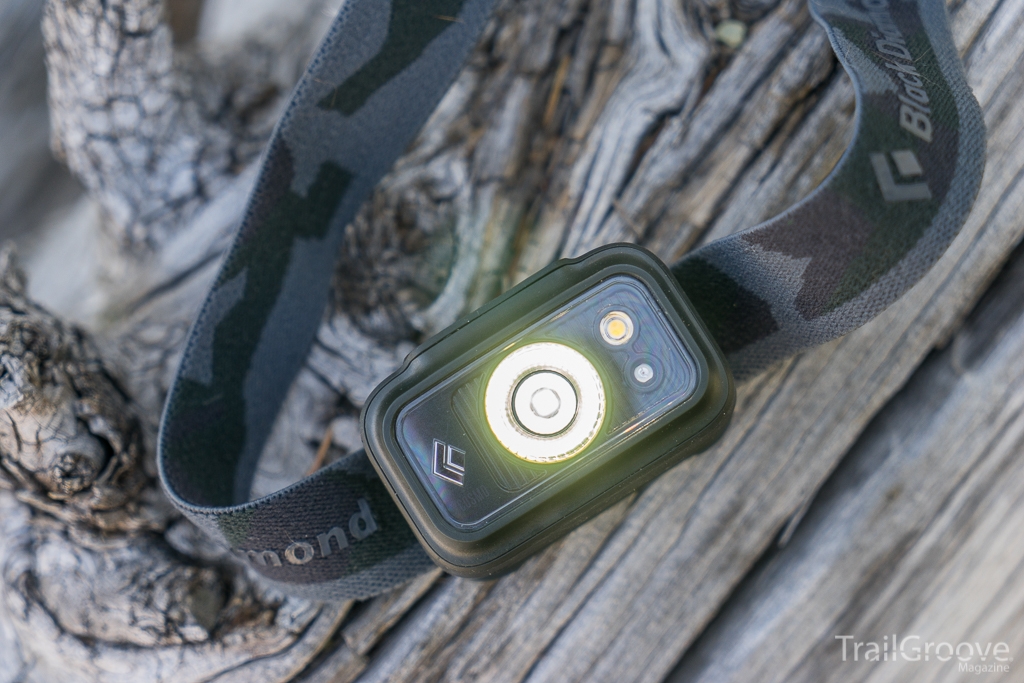 All lighting modes on the Cosmo can be dimmed by holding down the main top button and then releasing when the desired lighting level is reached. While the brightness of the Cosmo is not near the top of the pack when it comes to brightness on a modern headlamp, I’ve found it’s plenty at night both for around camp or for following a trail – and that’s for the 250. The latest version of the light will be slightly brighter. In the tent, the red option will preserve night vision and makes for a good lantern if you hang the light from the top of your tent inside. Unfortunately, the wide flood beam option (you can toggle through options using the small top button) doesn’t dim quite enough for me. Even on the dimmest setting, it’s still too bright for me for in the tent tasks, but luckily the spot beam or red modes can be dimmed enough to be workable. I also wish the top buttons were easier to use, even without gloves when the light is being worn it’s hard to tell where the buttons are or which one is which. Both the spot and flood beams have a decent color temperature and are white without being blue, but are not quite as nice of a color temperature as something like my Zebralight H52w. The Cosmo is comfortable to wear and can be adjusted via a click mechanism to tilt up or down, but not infinitely...sometimes one does want to angle the light in between the available adjustment settings. The Cosmo has no battery indicator. However, using rechargeable batteries and fully charging before each trip is a good strategy. Run time for the 250 is rated at 6 hours on high, down to 4 hours for the Cosmo 300 (presumably having similar battery life at similar brightness levels, however). These figures are based on the ANSI FL-1 standard, which means a runtime to just 10% of initial light output. On top of that Black Diamond also lists a 24 hour “reserve” period, which provides a dim light at a short distance. 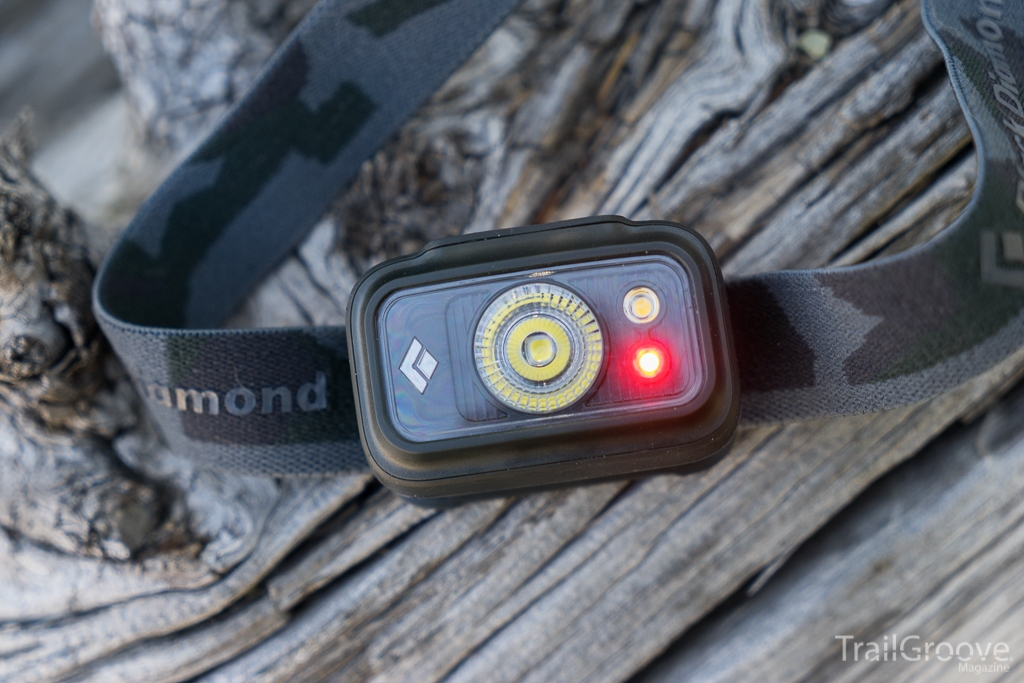 Overall the Black Diamond Cosmo offers a good value while offering about everything you really need in a backpacking light. While a few improvements would be welcome, it’s hard to complain at the price point of the light. And when considering its affordability and simplicity, the Cosmo line may even be preferable to some of the lights higher up in the Black Diamond headlamp lineup.

The Black Diamond Cosmo headlamp retails for under $30. You can find it on Amazon.com and here at REI.