While the physical standardization of backpacking fuel canisters may lead one to believe they’re all the same, the actual contents of each canister vary greatly, and results in a multitude of liquefied fuel mixtures on the market. And if you’ve ever been in the situation – like I have – where you’re trying to boil water by the light of a headlamp on a chilly fall night only to watch the output of your stove steadily drop towards a heat level barely above off, you know it pays to know your stove fuels. For backpacking usage and upright (or inverted canister) usage, backpacking fuels will be available containing butane, isobutane, or propane – and usually containing a mixture of several or even all three. 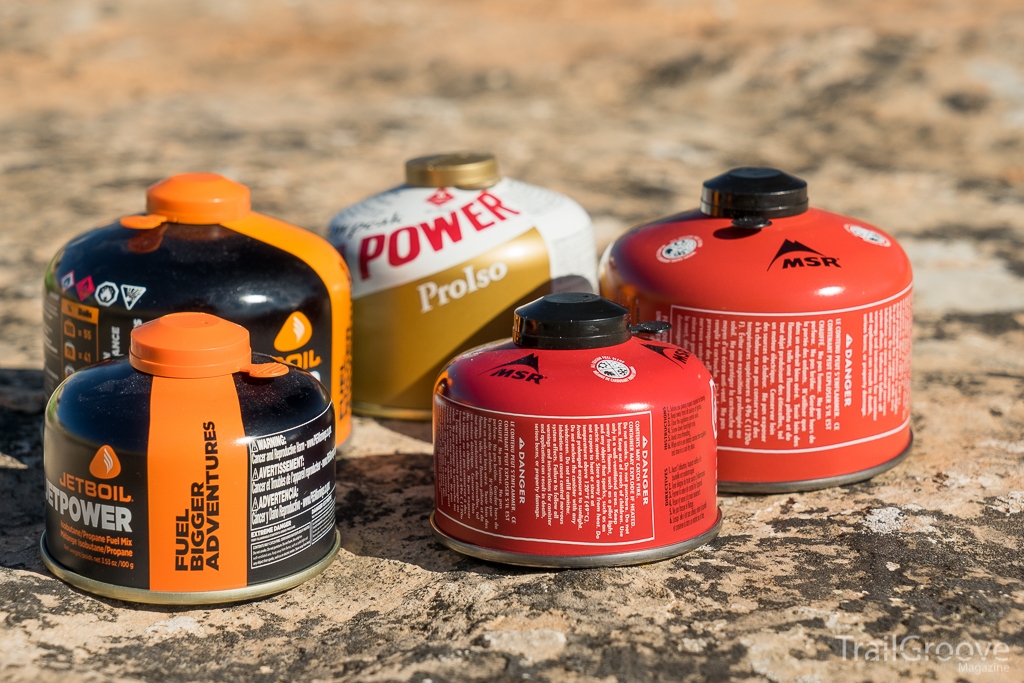 Isobutane: Isobutane is the bread and butter of quality canister stove fuels, and works well for trips that are firmly in the 3 season category. With a boiling point (meaning where it turns from a liquid to gas – which is needed for upright canister stoves) of about 11 degrees Farenheit, isobutane works well for trips that are above freezing. It will however suffer near freezing and especially when you use your stove for longer periods which cools the canister itself via evaporative cooling, resulting in a canister that is much colder than the outside ambient temperature. This evaporative cooling effect can be significant with longer boil times, and while 11 degrees may look good on paper, you’ll notice a drop in performance at temperatures much warmer than that due to this effect.

Propane: There’s a reason propane is the fuel of choice for heating a house in the winter in rural areas – with a boiling point of -44 Fahrenheit it just always works, and even in extremely frigid climates. At the same time however, it also exerts the most pressure on a backpacking canister, to such an extent that it is only added in relatively small concentrations to backpacking fuel (a canister strong enough for 100% propane would be too heavy). This is the best performing fuel for backpacking usage and I try to look for as high a concentration of propane as possible. This allows for increased performance during the times I’m using my stoves – chilly evenings and mornings and keeps the burn going when you’re using your stove longer and the canister gets even colder due to evaporative cooling. Addtionally, so long as you have some propane left in the canister, it will always light even in winter. This lets you use an inverted canister stove in winter – where you need to light the stove with the canister upright, heat the stove up, then flip the canister upside down to burn in liquid mode.

Butane: Butane or n-butane has the highest boiling point in the group at 30 degrees F. This can work on warmer trips, but you will definitely find yourself in a losing battle in colder temps when you’re trying to get through a long boil and your canister keeps getting colder and colder – lowering the output of your stove to just a trickle of heat. I avoid any canister containing any listed amount of pure butane. Look for isobutane instead. 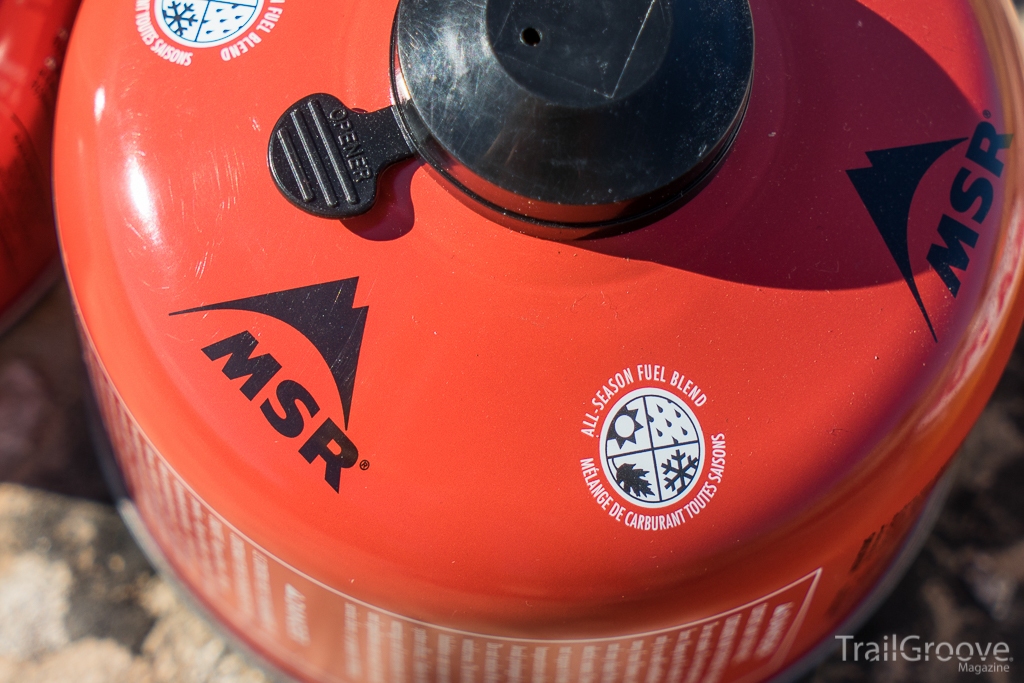 For its propane content combined with general availability, MSR IsoPro, or as close as I can get to it, is my choice for all backpacking trips I go on. This mixture works well for me on trips with lows into the 20s when keeping the canister in my sleeping bag at night and when used with my Soto WindMaster, which is a regulated upright canister stove (read more in our Soto WindMaster Review). Below these temps, I switch to a MSR WindPro II, which is an inverted canister stove more suitable for use in cold weather (our review). In addition MSR prints gross and net weights on the canister which helps you weigh partially used canisters, so you can tell exactly how much fuel you have when packing for a trip. It should be noted that all the boiling points here get lower with altitude, and tossing your fuel canister in your sleeping bag at night can help get that morning coffee going in an expedient manner – or even setting the fuel canister in water to help regulate the evaporative cooling effect helps if you’re on the edge of your fuel’s temperature ranges. But I don’t like to push it and like to get the best fuel I can – usually the best available on my local outfitter’s shelf since shipping canisters isn’t something online merchants seem prone to doing.

Since Lindal-valved backpacking canisters are interchangeable, you can get better performance in the field by shopping around and it can make a huge difference in the field. In warm climates in the summer you can mostly disregard specs and buy based on price. However, if you’ll be hiking where nights get a little chilly, or especially on trips during the shoulder seasons and during winter, premium fuel is worth the price.

For a deeper dive into stoves in general (including alcohol stoves, white gas stoves, and more) see our full article on backpacking stoves.