Issue 47 has been released! Download your own high definition copy with a TrailGroove Premium Subscription and Membership or read online here.

The Backpacking Mug: Choices and Considerations

A key component of any practical backpacking kitchen setup is a cup or mug suitable for morning coffee or your hot drink of choice, and of course we need something light and packable while still working well for the purpose at hand. While the best backpacking mug choice may vary a bit from hiker to hiker, like any other piece of gear there’s a few key points worth consideration. A multitude of materials have been employed for the purpose, from aluminum to titanium and plastic, and in

Among traditional sleeping bag brands, Western Mountaineering has long been one of the most revered for producing high quality lightweight down sleeping bags popular in backpacking and climbing circles, and the 20 degree bag has proven to be one of the most popular and versatile bags one can choose for use across 3 seasons in much of the continental United States. The 20 degree rated bag is still light enough for summer backpacking in the mountains, but still adequate warmth-wise for shoulder se

The Circuit from ULA Equipment has been my go-to backpacking pack choice for nearly the last decade and upon review it’s easy to see why: the pack offers both versatility and durability and all at a reasonable price and weight. Thus, the ULA Circuit (or its close cousins) have become some of the most popular backpacking packs out there for lightweight and / or long distance backpacking and thru-hiking. While ULA offers an array of models, most follow the same design principle. They’re

Although your local or online retailer likely carries an array of backpacking and camping utensils sure to satisfy even the most advanced culinary ideas, most of us that don't work as a chef for a living can attain backcountry mealtime prowess with the simplest of choices and without cluttering or weighing down our pack. Here are my thoughts on the main players in this department and what I've found has worked best over the years. The Spoon Perhaps utilized mostly for liquids at

For many years, I’ve been a big fan of backpacks from ULA Equipment, as they always really seem to hit the nail on the head when it comes to a balance of convenience, durability, weight, and price in a pack. For all of my backpacking trips I use the ULA Circuit - review here - and while there’s another pack or two on the market that I’d like to try at some point, the trusty Circuit always handles the job so well with no complaints from me that no other backpacking pack really gets a chance in my

The Ursack is a bear-resistant backpacking food storage bag that's both light and more packable than typical hard sided bear canisters - like the BearVault BV450 we reviewed in Issue 30. The Ursack has been around a while, and the latest version, the Ursack Major (Previously referred to as the Ursack Allwhite S29.3), features a tighter more tear resistant weave than previous models and is IGBC certified. The Major comes in a standard, 650 cubic inch model that holds about 5 days of fo

Fall – a time of the year when the crisp air is enjoyed and the greens of summer are replaced with hues of orange and yellow. And, it’s also the time that we as hikers contend with hunting season. Strategies for hiking during this time range from doing nothing different at all to simply staying home, and while hunting season is a worthy pre-hike consideration, by taking a few steps and modifying our gear and routine just a bit, we can continue hiking during hunting season with a few changes to o

While non-waterproof shoes shine for summer backpacking and hiking with their light weight, breathability, and quick dry times, when temperatures fall, and especially when snow is involved I turn to a waterproof breathable solution. This has meant abandoning my usual lightweight footwear approach and turning to heavy Gore-Tex boots or similar, and going from my normal lightweight zero drop trail runners to a heavy cumbersome boot with a raised heel and significant heel to toe drop has always bee

Sometimes even a quick day hike can provide inspiration for another quick trip or a subsequent backpacking excursion, and such was the case last year on a family dayhike in the Bridger Wilderness of the southern Wind River Mountains. The plan: a simple morning in and a brief offtrail excursion to a river shown on the map, a brief afternoon of fishing and a return to the trailhead before evening drew on too long. Logistically simple, the hike went as planned and was a typical summer stroll along

One thing is for certain: we all need to keep our sleeping gear dry and we all need to be able to fit it all in our pack. Like many of us, in the past I’ve used everything from a set of individual dry bags to accomplish these goals to budget friendly trash compactor bags. All worked well and served the purpose of keeping my sleeping bag and clothing dry during rainy days on the trail while also offering some benefit in the way of compression. As a user of an inflatable Exped sleeping pad however

I am a photographer. I am a hiker. I am a backpacker. I am a mountain biker. Sometimes I am all of those in the same day. But most often, I am on an awesome trail and am trying to take an award-winning photo of the area. My trips are usually built around getting to an area to photograph its beauty. I am always searching for beautiful photographic exposures of scenes that not everybody has viewed, looking for vistas that excite my eyes. Sometimes hiking or backpacking is the best way to get there

The Ozarks of northwest Arkansas and southern Missouri are full of magical places, and thanks to the rest of the world’s inattention to this glorious natural area, solitude can often be easily found. Eye-catching geology abounds as a consequence of erosion of the high plateau that created the peaks and hollows characteristic of the area. Clear rivers and streams lace through limestone bluffs and natural bridges and over waterfalls, making the Ozarks an outdoor paradise. There are so m 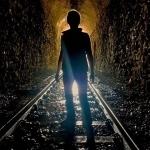 The Red Desert of Wyoming holds a unique appeal no matter your approach – it’s a country just as suitable for backpacking as it is for exploring and camping beside your vehicle off a rough and long forgotten dirt road. Either way, you’re likely to be in the middle of the nowhere. Adding to its allure, to begin the year the desert can only be comfortably explored for a short time each spring after the roads have sufficiently dried from melting snow to make passage by vehicle (just to g

The expression “timing is everything”, occasionally derided as a common-sense platitude, is compelling when applied to backpacking. Hiking along a knife-edge ridge at sunset, watching sunrise from a campsite above timberline, encountering wildlife unexpectedly, getting the tent pitched at the last possible minute before a storm – meticulously planned or completely serendipitous, such moments  are part of the thrill of backpacking. The physical act of backpacking, simply walking with a burden of

Biking Going to the Sun in Glacier National Park

The early-season opportunity to bike portions of Going to the Sun in Glacier National Park without any automobile traffic seems too good to be true. Miles of paved road passing alongside streams rushing with snowmelt, climbing into the high country, weaving through lush forests – all behind a gate and open only to bicycles and foot traffic. I’ve done enough recreational road biking and bike commuting to develop a sincere appreciation of a smooth surface, hard tires, and minimal traffic through b

Scenery on the Trails of Sedona - A Sampler of 5 Dayhikes

“What are some of the more scenic trails in the area?” my friend Joan asked a local man at a hiking store in Sedona, Arizona. “All of them. They’re all scenic. Everywhere you look is scenic,” he said with a well-practiced manner, unable to hide his weariness with such questions. Even the trail map on display at the store was marked in bold black ink with exclamatory statements: “It’s scenic!!” “The views are amazing!” To say the least, it became apparent that we weren’t the first out-of-tow

There are certain trails which, when hiked in certain seasons, can be so blissfully pleasant as to seem almost otherworldly. Each step is a pleasure. Every view is breathtaking. The scents of the forest are almost intoxicating. Chirping birds, chattering squirrels and rushing creeks create a soundtrack that is almost orchestral. Spending unhurried time in nature seems to be one of the most refreshing things humans can do for themselves and one of the few activities which consistently pays out re

Spring has sprung and in Colorado that means drying trails and couloirs packed with stable, hard snow. In go the ski boots and from the closet come trail shoes and mountaineering boots. Sadly, my last pair of shoes died a grizzly death at the hands (feet?) of my extra-wide pinky knuckle because I was too lazy to lace them correctly. Below are my tips on funny looking lacing for funny looking feet. My 2016 Lone Peak 2.5's - ready for the trash bin thanks to a 2" long hole. F

“Looks like you’re going in circles” is a way to tell someone that they're wasting their time. Talking in circles generally isn’t a compliment either. However, walking in a circle can be a good thing for backpackers, provided they’re walking around something interesting. Think about it. Logistics become pretty easy. No ride back to the start is required. In the case of the Tahoe Rim Trail (TRT), walking in a circle is a great experience. As you may have guessed from the trail’s name,

It is doubtful that T.S. Eliot had backpackers in mind when he wrote that “April is the cruellest month”. Literary context aside, I’ve found this observation to be unpleasantly accurate in regard to outdoor recreation in Montana. After the short days and cold nights of winter, April tantalizes eager hikers with longer days, blue skies and mild temperatures in the valleys. The skis are put away, but the trails are either too snowy or too muddy to provide much enjoyment. Conditions on most rivers,

Over the years, I’ve come to the conclusion that a one-sized fits all approach to gear simply doesn’t work for me – whether it is a mountain bike or a sleeping bag. Finally in 2015, after many years of utilizing a men’s sleeping bag (which dominate the higher end sleeping bag market) I decided to learn from my mistakes, branch out from the mold, and purchase a down sleeping bag designed specifically for women from Seattle-based manufacturer Feathered Friends, who currently offer 9 different wome